Final posting on what I did last weekend!!! 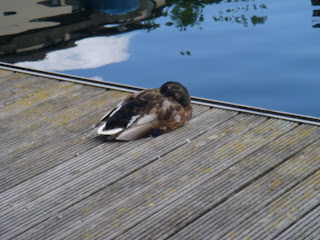 Hopefully, this will not be too long a post…kudos for those who ploughed through my previous posts!! Even if you just looked at the pictures, thank you!

Anyway, my Sunday started with us rushing to church (not unusual since church starts at 10am and its a 20min walk away from home. Being so tired from the previous day also meant that we were bordering on wanting to sleep in. To add, the church doesn’t have any other timing on Sunday!! This makes me think back on Singapore where there are SOOOO many church go-ers that it is impossible to only have ONE mass on Sundays.

We took the scenic (but long) route home and we saw these ducks. So…that’s how ducks sleep. They tuck their head under their wing and snooze. Wonder why…seems like some gymnastic feat.

After lunch at home, we went to Hyde Park since it was bright and relatively sunny (weather forecast was rain from 4am-4pm – it did rain in the wee hours of the morning but had stopped when we woke up). 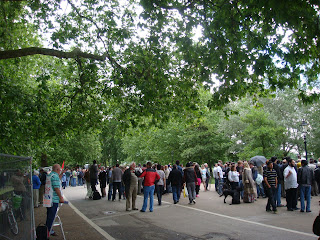 This is the famous Speakers’ Corner. Very crowded, with loads of people talking at the same time and people interacting with the speakers. Quite a few number of people were talking about religion (boooorrrrriiiiinnnng) and there was this nice young geek talking about the many mathematical theories on infinity (uh huh…no wonder he’s a math major). A mini fight occurred because some guy insulted a lady by asking her to shut up and her boyfriend got all angry and shouted at that person. Mmm….such drama. Compare this to Hong Lim Park *snigger*.

Apparently, Britney Spears was at Speakers’ Corner on the same day as us! We only read this in the newspaper the next day and no, unfortunately, we didn’t see her. Britney Spears is here in London as she has a concert on today. There were reports on how her managers banned her from going clubbing and pubbing. Her dad was also locked out of the Mandarin Oriental Hotel one evening (he forgot his keys??). The Obamas were also here in London and they ate Fish & Chips in a pub in Mayfair (how posh..seriously, Mayfair??) and even went to watch The Lion King musical.

Back to Hyde Park. It is huge. Speakers’ Corner is really, just one corner. We decided to walk to the other end to see Princess Diana’s memorial fountain (I insisted on it) as well as to Gor wanted to bring me to this tea place near the Round Pond (creative with names, aren’t they?). In the meanwhile, enjoy the pictures…. 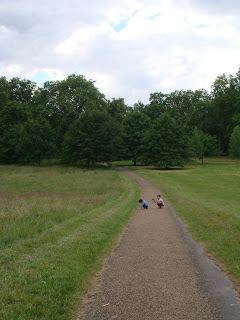 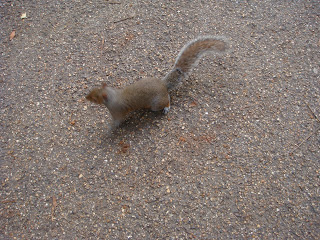 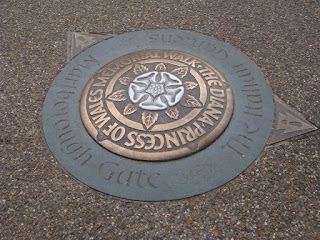 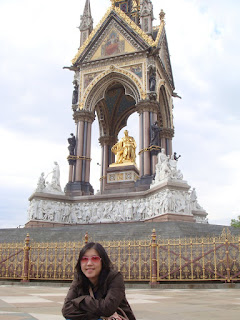 This is a memorial of Prince Albert, erected by Queen Victoria who lost her beloved to typhoid. Across the road is the Royal Albert Hall and just behind it is the Imperial College. 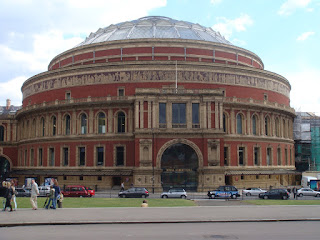 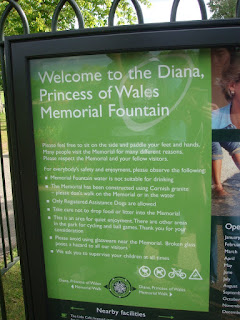 We finally walked towards the Princess Diana Memorial Fountain.

At first, I was expecting some grand, huge fountain with several mini fountains and a statue of Princess Diana or something like that.

Wanna know how it looks? 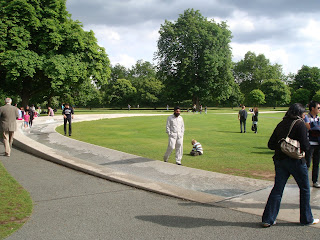 Yup…that’s it. Looks like a drain, doesn’t it? This is the left arch and the right is just a mirror 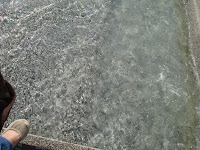 image. There are stone ledges on the sides where you can sit and take off your shoes and just soak your feet in it. Children were running in the fountain with much delight.

Bet you the water must’ve been cold. Yup, that’s my foot! Was tempted to take off my shoes and just soak my poor tired feet in the water BUT the idea of putting wet feet back into dry shoes just turned me off.

Maybe I should’ve because it started raining afterwards and my shoes and feet ended up wet, cold and dirty. -__-

Previous postDay out… Next postThoughts abut London after 4 weeks