Before I plug on about what I did last weekend, let me just state this: There’s a blardy tube strike since 7pm last night and will last till this Fri morning.

I think its great that union workers have rights and that they exercise those rights. Bummer for the consumer/passenger like me who have to find alternative routes to work/play/home. I’m going to watch a musical tonight and because of this tube strike, I had to plan how to get to the theatre last night. Thank goodness Gor asked me to check the transport news today, and parts of certain lines are back up!! YES!! I can take the tube again!! 🙂

This is London for you. Speaking of which, I had walked A LOT over the last weekend and here’s where we went to and what we did: 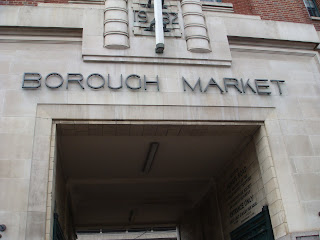 We went to Borough Market, which reminds me of Victoria Market in Melbourne except that Borough is noisier, smaller and messier. 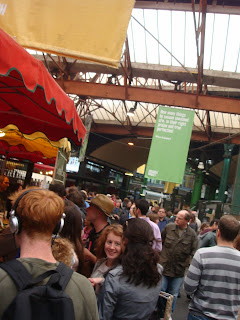 We ate a lunch of fish & chips (gosh, those chips are nice and thick!! yumm….~), bought fresh raspberries (only GBP 1!!), ate yummy cornish clotted cream ice cream and bought a mini orchid plant to replace the one that Gor killed. 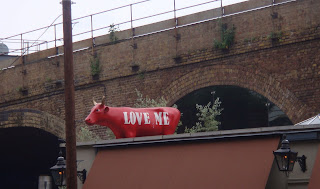 Yes…cow, I love you…medium-rare with mashed potatoes and carrots please.

Guess what? Saw our very own Singaporean actor Steven Lim (remember the uber popular English drama series “Growing Up”?) there!! He is now based in London and he has aged soooo much. He has so much grey hair, which he has cropped quite short, and he smokes hand rolled ciggies. 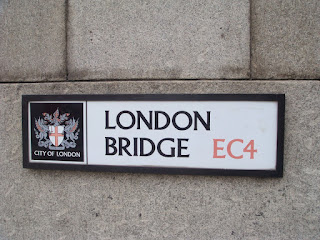 Btw, Borough Market is near London Bridge. So, if you’re taking the tube, just alight at London Bridge Station. 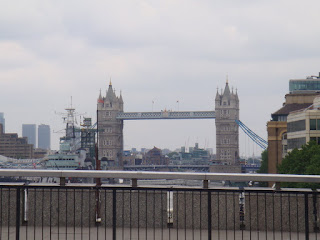 Tada….Tower Bridge taken from London Bridge!! If you thought this was London Bridge, kindly blush embarassingly and go read your guidebook again. =P 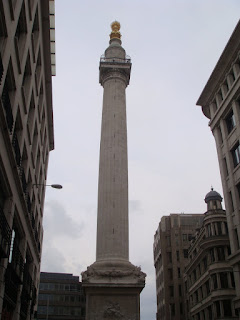 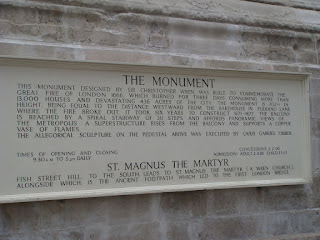 We walked further on, towards Bank and we passed by The Monument. which is dedicated in memory of the great fire of London in 1666. You are able to go right up to the top of the monument but that’ll cost you a few pounds and Gor said that the view isn’t that great. So…we kept walking…. 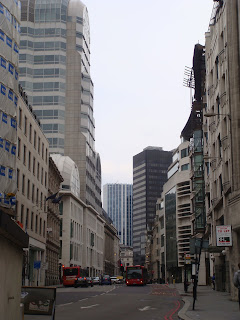 Part of the financial district…so silent since it was a weekend. 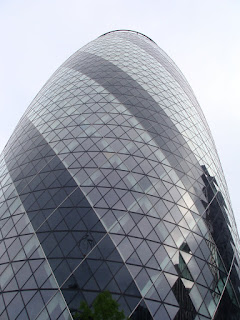 30 St. Mary’s Axe. Also known as the Swiss Re building and wonderfully nicknamed “The Gherkin“, which is a cucumber-like veg. Kinda like how we refer to our Esplanade as “The Durian”. 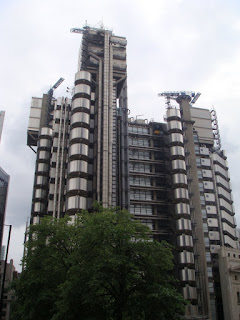 I think this Llyods Building is soooo ugly. It looks like a factory! Resembles something that I saw on Jurong Island. However, this is an office building in the financial district. Amazingly….ugly. Gor thinks it’ll be great as a Chem Eng building. Yeah…that would make sense. 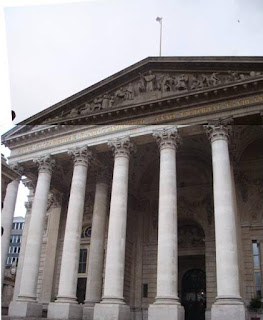 This is the former London Stock Exchange. If you’re wondering why there are different colours on this pic, its because I joined two separate pictures on powerpoint. I couldn’t take a pic of the whole facade with my camera. 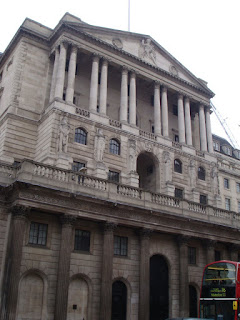 And herein lies the Bank of England (BoE)! 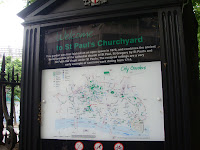 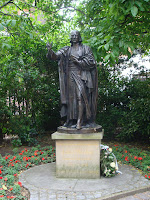 The statue on the right is that of John Wesley, the founder of the Methodist church.

Because we reached St. Paul’s after 6pm, the doors were closed and I could only take pictures of the facade (below).

No worries, I will come back, another day!! 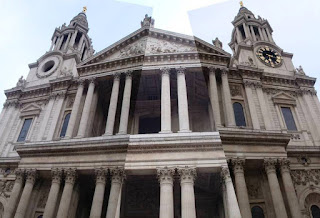 Ok…this post is getting a wee bit too long…so I’ll end here for the time being. We actually walked on to opposite the river Thames and went to Tate Modern, which is a modern art gallery/ museum. Will blog about that tomorrow!

Previous postSummer dress! Next postDay out…