As mentioned, my bro and I went to Paris over the weekend and I had planned the whole itinerary on Thu in 5 hours. I highly recommend doing the planning at least 2 weeks in advance and yes, I LUUURRRVE the internet!! I will be posting a link for you guys to look at our itinerary and change it to suit your needs.

Above is a short clip that we took from our seats in the Eurostar on our way to Paris. The train ride is about 2h 23mins, which is pretty fast and convenient!

Upon our arrival, we went to the hotel to leave our luggage there since check-in was only at 2pm and we had arrived in Paris at 10.30am (hotel review was posted a day earlier). After depositing our luggage and grabbing maps etc, we headed to St. Michel-Notre Dame metro station in an attempt to get tickets to Chateau de Versailles. Since we were going to do a lot of travelling, my bro bought 3-day passes (Paris City Centre, Zone 1-3) for us. Yes, I do recommend buying such passes because you’ll save money on travelling. You can use this pass for the RER, Metro and buses. For more info, you can check out the Paris transport website here but I prefer to buy the passes from the metro station itself rather than online. If you are planning to go to Versailles as well, please DO NOT purchase the pass that includes Versailles. I’ll recommend a cheaper way to get there in my next post.

The St. Michel-Notre Dame station is at Notre Dame itself, so we decided to pop out for a bit and just take a look at Notre Dame. Both my bro and myself have been inside, so we didn’t really bother going in to take another look. Thank goodness too…as there was an ordination going on and tourists weren’t allowed to go in. 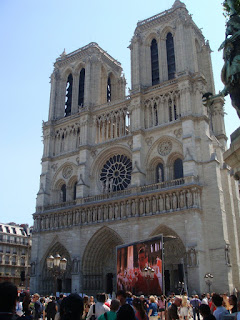 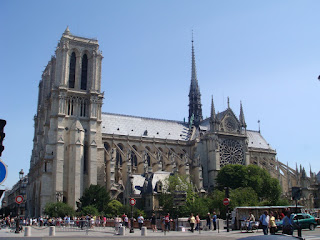 After that, we decided to head to Sacre Coeur, which is a Basilica located on Monmarte, which is the highest point in the city. Once you get up the hill, you’d be able to get a nice view of the city. The basilica is HUGE. Really massive and the size itself is quite impressive. 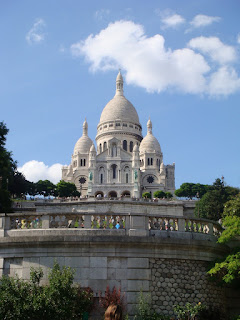 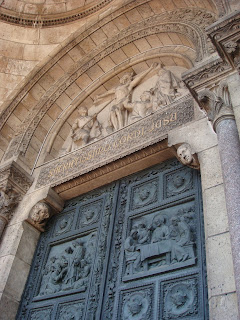 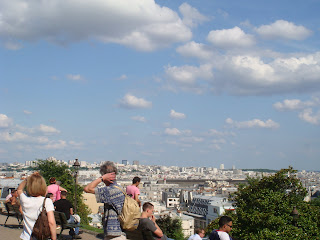 The view of Paris from the top of Monmarte.

TIP: There is a main stair entrance to Sacre Coeur and a smaller one to the right side. DO NOT take the side entrance because there are bunches of African hawkers who are touting their goods at the base of Sacre Coeur. My bro and I took the side entrance and our passage was blocked by 4 of them as they wanted to sell us some string bracelet thing. They even pushed my brother to prevent him from passing through after I had managed to see and opening and ‘escaped’. They are at the main staircase as well…but it’s tougher for them to block your passage etc.

After Sacre Coeur, we went back to our hotel to take a nap as we both had to wake up at 5am to catch the tube to St. Pancras station in order to catch our 6.55am train to Paris.

We, being good children, went for English mass later that evening in St. Joseph’s Church. How did I manage to find this church? Well, I simply searched for “English mass paris” in google. We didn’t know what to expect but we were most certainly not expecting a church that was so modern and minimalistic. In fact, the main hall was located underground and we felt as if we were attending some kind of secret meeting. 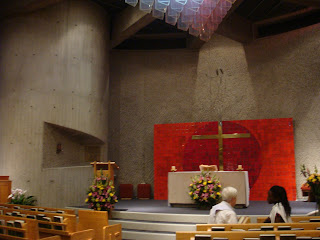 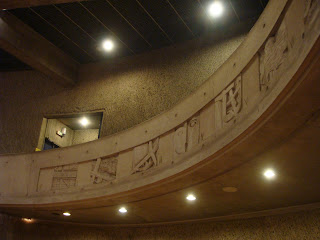 The stations of the cross.

I kinda like the location of this church as it is near the Arc de Triomphe. So, after mass, we went there! 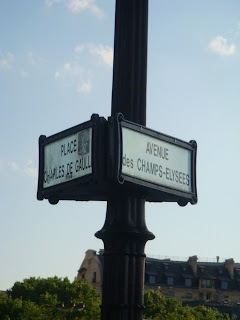 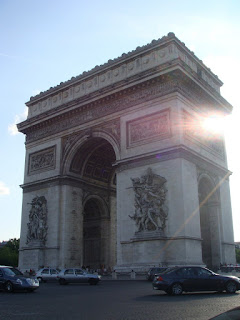 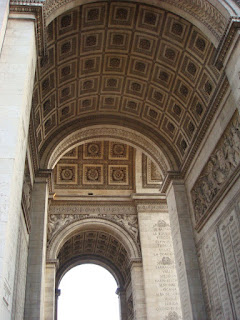 The Arc is the second largest Arc in Paris and is also a monument to the unknown soldier who died during WW1. As such, it is also considered as as monument to all the soldiers who lost their lives during the war.

Dinner was a very uneventful burger and fries but we were going cheap..since we were at Champ Elysees – where all the big designer brands are. Think of it as a more upmarket version of Orchard Road.

After dinner, we headed to the Eiffel Tower ‘cos I haven’t seen it at night before. The last time I was in Paris, I went there in the afternoon and even went up to the top. I do recommend that but I also think that you should come back in the evening too. The Eiffel Tower really looks very pretty at night. 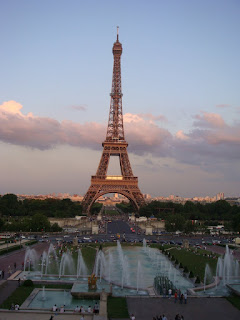 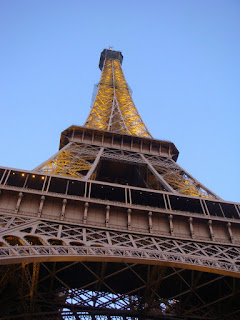 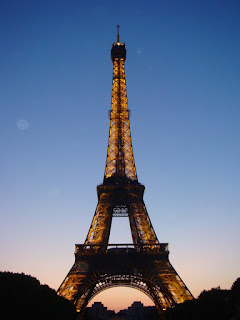 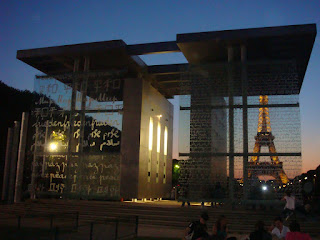 It was 10.30pm before the halogen lights for the Eiffel Tower were switched on. However, I think these pictures proved that it was worth it to wait for it, despite how tired and sleepy we were. I took a lot more pictures but I shall not bombard this post.