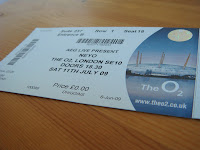 As I’ve mentioned in my earlier post, I went to watch Ne-yo live in concert on Saturday night! I must say that Ne-yo can really sing. He sounds as good as he does on his albums.

How did we get these tickets? Well, the firm that my bro’s working for is a partner with the O2 stadium so they’ve got a hospitality suite. Since they weren’t using it to entertain clients etc..they put it into a lottery for employees. Those who won the tickets need to make a minimum GBP 20 donation to charity, which I think is a great idea.

Incredibly, the concert started on time! Ne-yo was slated to perform at 9pm and my bro and I thought that we’d reach there at 9pm itself since these performers tend to start the show really late. We were there just 10 minutes past 9pm and Ne-yo was already on stage! I missed the opening act!! It was slated to be Keri Hilson, but I’ll never know since we were there so ‘late’.

His fans were really high and they were enjoying every single minute from the start. As for me, I wasn’t in the ‘high’ mood till 1 hour into the concert. 😛 After I reached that ‘state’, he only sang 3 more songs (including the ‘encore’) and then zoom…he’s gone.

What didn’t get me into the mood was the fact that his back up dancers were so distracting and there were times when the spotlight was on his dancer(s) rather than on him!! Am I being traditional when I prefer to see him centre stage dancing along with his dancers? Ah well…if I were a true fan, I’d enjoy it nevertheless.

Anyway…do enjoy the pics and vids below!! 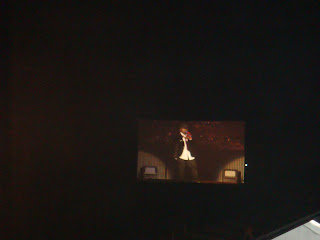 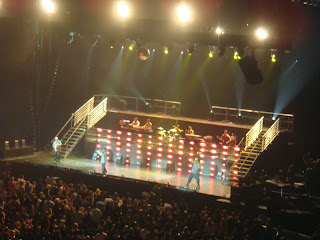