Movie Review on ‘The Reader’ 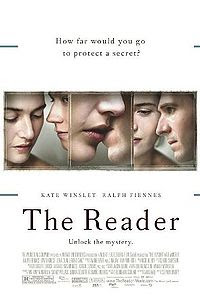 Gor bought ‘The Reader’ DVD from London and we finally watched it the other day on our spanking new TV!

‘The Reader’ stars Kate Winslet in her Oscar winning role of Hanna Schmidt and Ralph Fiennes. It is based on the novel by Bernhard Schlink and tells the tale of the working class Hanna Schmidt’s brief affair with a teenage boy. Several years later, the teen Michael Berg is now a law student and he meets Hanna in a controversial court case. He has the only information that may save her but he chooses not to see her and to tell her that he knows her secret. More years have gone by and Michael is now a grown man, divorced and has a daughter. He is still affected by Hanna and starts communicating with her while she is in jail.

Set in post-WW2 Berlin, ‘The Reader’ is such a wonderfully complex film. It deals with so many issues within a couple of hours – WW2; morality vs. law; morality vs. practicality; one’s perspectives vs. society’s perspectives; does love have an age barrier; concept of love itself; personal shame vs. pride…oh…the list goes on.

If the film is this complex, I can’t begin to imagine the layers in the book! One might think that the movie’s pace is slow and that it is all about sex and the taboo love between an older woman and a teen. However, this film surprises you. It slowly entices you into it, very much like how Hanna and Michael enticed each other.

You can watch the official trailer here.