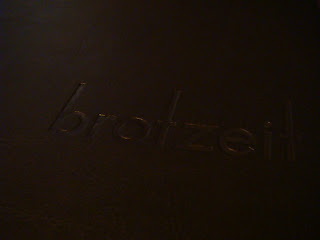 Hmm…not sure whether you are able to see the word in the above pic…but it is Brotzeit! Went to this German pub/ restaurant at Vivo with Siew Mai and Mel Li on Sat evening for dinner and it was quite a nice place to chow, drink beer and chat with friends. The atmosphere isn’t chi-chi (although the price of drinks and food weren’t cheap) but it isn’t too minimalist cheap either. 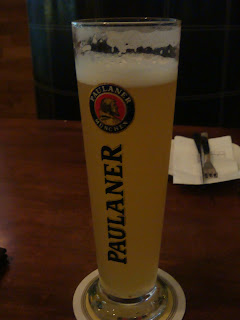 Here’s me lager with lemon juice and vodka. Yes…me hate beer. Need stuff to mask the bitter beer taste. I highly recommend this for the ladies, especially if you like something a little sweet and refreshing. Siew Mai complained that it’s too sweet once. Well…she’s the type who drinks the bitter ones…yuck. 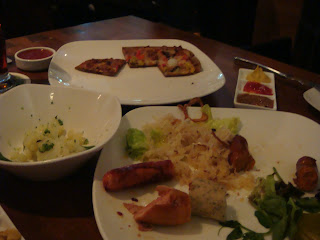 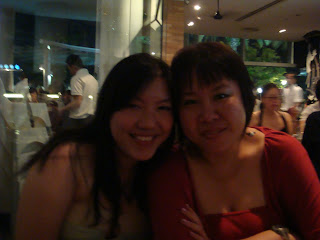 After dinner, we went to watch “Storm Warriors” and well, I shall dedicate a post on that because *starts laughing* the show demands a full post on its corny lines, “300” inspired scenes and wonderful dramatic music. I already have a favourite line from the movie and I keep cracking up whenever I think about that scene and those lines.

Anyways, after the movie, we headed to St. James with the full intention of clubbing the night away. We 1st headed to Boiler Room as the music sounded quite good. Music was ok BUT there was NO dedicated dance floor! There were dozens of bar tables and chairs in front of the stage and there was going to be a live band. Hmm….ok….off to the next room. The Gallery Bar that I used to love is now dead. 🙁 Went to Dragonfly just for fun and well, it is an air-conditioned getai. Next – Movida. Same set up as Boiler Room except that there was a small dedicated dance floor. Music wasn’t that great and the crowd looked like the sort who’d stub your toes and slam elbows into your face. Bah. Fed up with the whole place, we headed off to Butter Factory. It is official Mel Li’s and my fave club now. 🙂

The drinks are strong enough, the music good and the crowd pumping. Who cared if Zoukout was on in Sentosa? I’d rather pay $23 for 2 drinks in an air-conditioned club. Haha. This is the 1st time I partied till closing!! Normally, I’d head off after 3am as my parents will quiz me the next morning and use the “don’t stay out so late” line with THE LOOK. Hehe…but since my parents weren’t in town last weekend…it was party till closing!! Woohoo!! I thoroughly enjoyed myself. 😀 Next time on Christmas!!! Hiak hiak hiak….