More on the Big Apple

We were off in a tour and as expected, with half the group being from China. NOT that there’s anything bad except that some of them kept spitting on the pavement and road (ewwww….), smoked like chimneys (ughs…give my nostrils a break, please) and one family was a bit dao (-_-). Anyway, the tour kicked off in New Jesery and made its way to Manhatten (I still can’t get over how obstinate the tour company was in NOT picking us up from Manhatten).

We went to see the charging bull again and this time, I decided to grab it by its balls!! ROFL…. 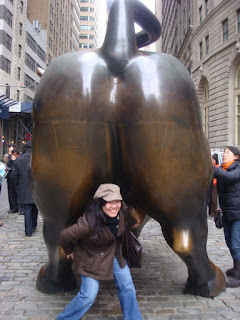 After that, we headed off to a cruise around the tip of Manhatten to view the city skyline as well as to see the major tourist spots.

Below is the Brooklyn Bridge… 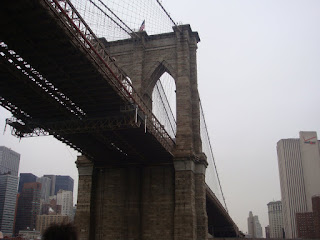 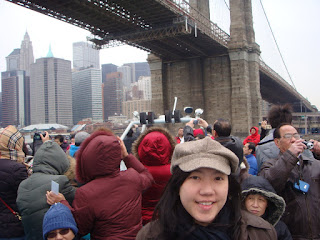 Look at the no. of PRCs and Koreans behind me. They were chattering among themselves so loudly that we couldn’t really hear the Captain’s narration. -_- Ah well…can’t really blame them since 98% of them couldn’t understand English. 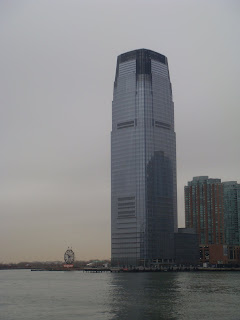 Hey hey hey….That’s the tallest building in New Jersey – the Goldman Sachs building. This building houses the middle and back office. The front office is in Manhatten. See that clock at the bottom…it really is quite huge. It’s the largest clock in the area as well. 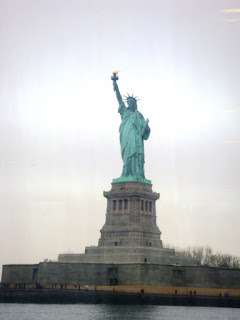 The Statue of Liberty again…from afar this time. I’m so glad that we had the chance to go to Liberty island itself and listen to the full story as to what she symbolises and how she got to be a gift from the French people to the Americans. Quite interesting.

The cruise took about an hour and it did something like a round the bend of Manhatten. After the cruise, we headed over to the Empire State Building and sat on their sky ride. It costs about USD 25 for the ride alone but I think it gives you the full sky view of New York City without renting a heli so do give it a go if you have the chance. 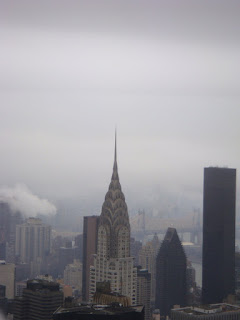 (Above) This is the Chrysler Building taken from the top of the Empire State Building. 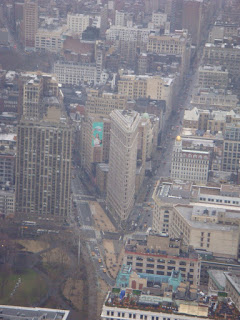 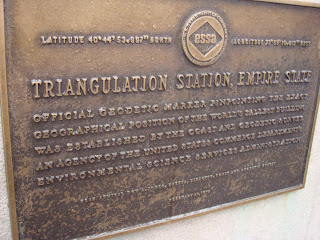 (Below) The top of the Empire State Building from the observatory deck. It was sooo windy that I was afraid that my hat was going to blow away and I’ll never see it again. That being said, the strong winds at the top of the building is famous. A woman tried to commit suicide from the 86th floor of the Empire State Building and the wind blew her back into the 85th floor. She survived with only a broken hip. I’m serious!! 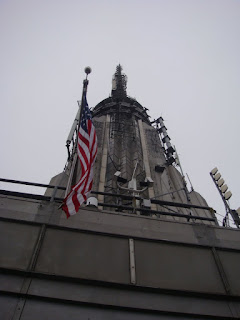 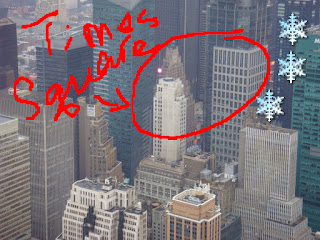 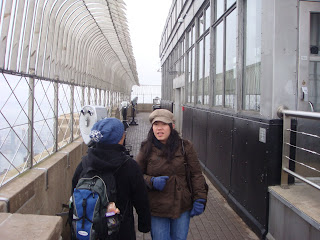 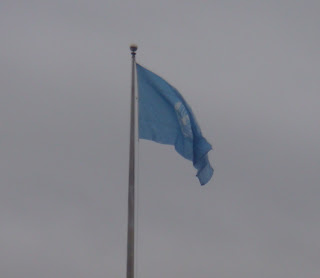 Recognise that flag? That’s right. We went to the UN. Unfortunately for us, they do not open on Sundays so we didn’t get to go into the visitors’ area. Bummer. 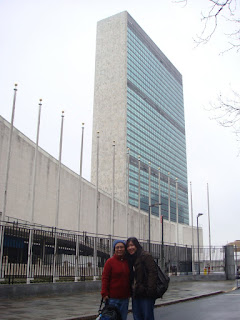 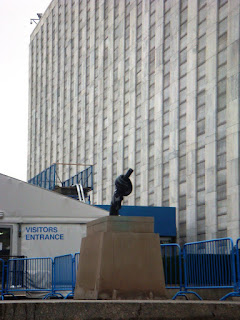 *Pretends to be a bimbotic beauty contestant* And I wish for….world peace! *flutters eyelids* 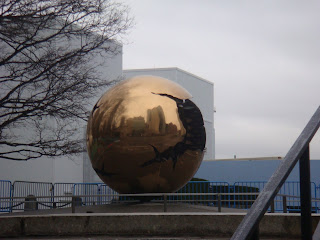 Yes, that’s what this broken globe attempts to convey – the world will be split and divided if war and violence continues.

We did go to Times Square and some WW2 memorial museum which was onboard an aircraft carrier. However, I am NOT into warplanes so we skipped that museum bit and headed off to 5th Avenue ALL because my bro wanted to go to Abercrombie & Fitch. Thank goodness he bought a pair of jeans, otherwise, it would’ve been a very expensive and wasted trip. Pity that I didn’t have enough time to look through the stuff at GAP. There were incredible sales of 80% and I saw jeans going for USD20!!!

As we’ve been to Times Square several times on our own, when the tour bus stopped there, we went to American Eagle instead and I bought a lovely pink sequinned top for CNY! That marked the end of our NYC tour and we were off to a long drive to Philadelphia.

Before checking into the hotel, we stopped over for dinner. The tour guide didn’t tell us that we had a choice in food. He only mentioned this Asian buffet (heellllooo….go all the way to the US to eat Chinese food? Super roll eyes) at USD 14/pax. My family and I ignored him, didn’t walk into that buffet restaurant and ventured into this ribs place next door. Look at one of their posters!! 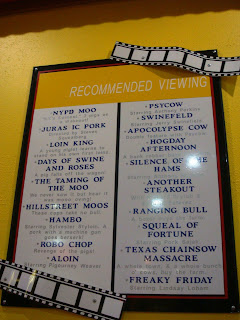 Click to enlarge. It really is quite hilarious. 😀 After having pigged out on fish & chips (ate too much meat for the past few days), it was off to the hotel and to blissful sleeeeep!!!