Yes…full days to ourselves in the Big Apple. Now…I read somewhere that New York is referred to as the Big Apple NOT because it looks juicy and everyone wants a piece of it, but it is because ‘apple’ is a musician’s slang for a gig and to play in New York is a ‘big’ deal.

Speaking of large performing places, our hotel is right smack opposite of Madison Square Garden and this is the view of it from our hotel room. 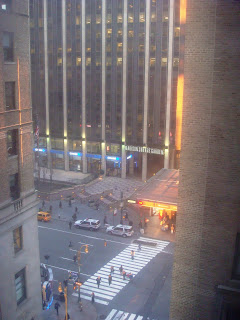 We couldn’t go inside the theatre since we weren’t going there for some performance…but this was just outside the box office. 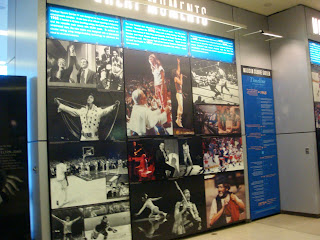 Elton John holds the record for performing the most no. of times in Madison Square Garden. Besides concerts, the Garden is also a place for major basketball matches!

Soon, we were off to see the Statue of Liberty!! We took the subway to Battery Park and did you know that the subway in NYC runs 24/7? However, the stupid thing about the subway is that the stations do not tell you when the next train will be arriving, the destination of the train (so silly esp when there are 3-4 trains running on the same track that end up in different end points) and there isn’t a map of the subway lines in every carriage. In that sense, the tube is one-up against the NYC subway…although the NYC subway is a lot wider and less crowded. 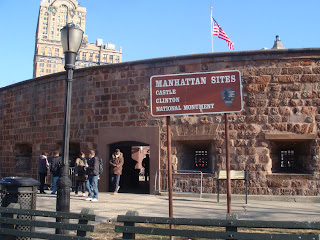 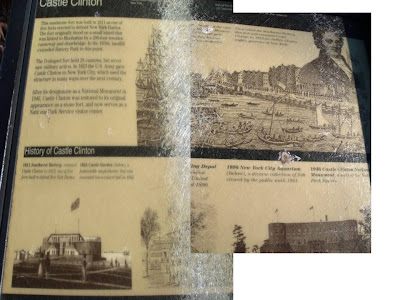 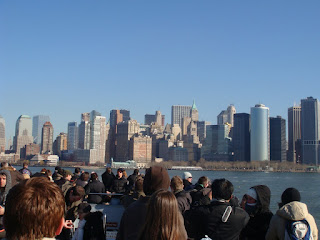 The lady from the front… 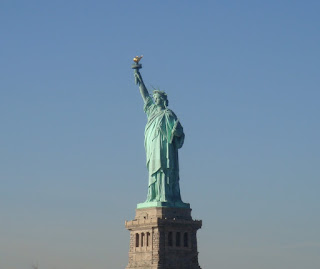 The lady from the back ON the island itself… 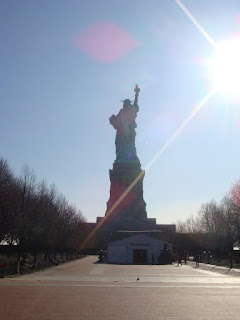 I’m sure you can read ALL about her from wikipedia so, I shan’t repeat myself about her symbolism etc. 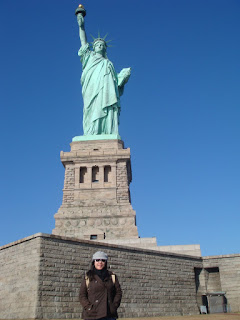 She’s really not that big as you imagine from all the Hollywood films. In fact, she looks a bit stubby and disproportionate…as if she’s got really large hips and thighs…LOL. See….women in the past weren’t skinny 😛

After Liberty Island, we went to Ellis Island, which is just a few minutes away and this was where all the non-rich immigrants in the past had to go before they were allowed into the USA as citizens. 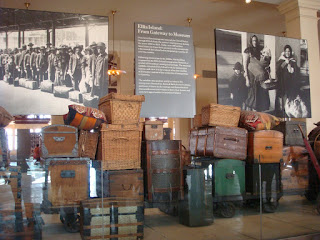 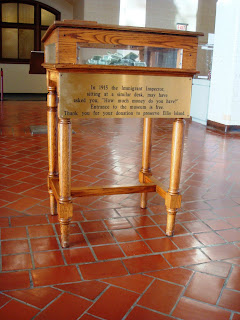 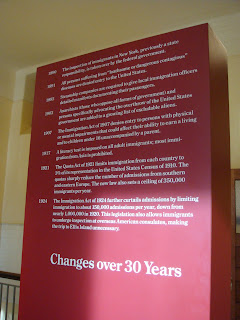 I can’t believe that they had to test these immigrants’ mental capacity before allowing them to enter the country. Ok…if you’re sick or stupid, you may not enter the country. Hmm…maybe we should implement that as well…then maybe our population will get smarter…haha…

Amazingly, we managed to spend a good half of the day in Liberty and Ellis Island but soon it was back to Manhatten and its famous charging bull… 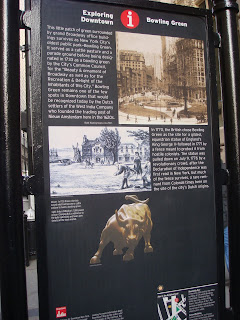 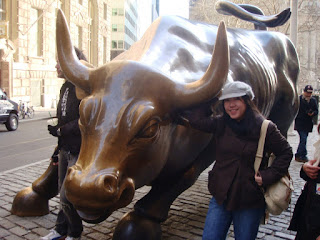 Kuai…let my ROI be at least 15%…may all future investments that I make be bullish too….

And of course, the bull is a short walk away from…. 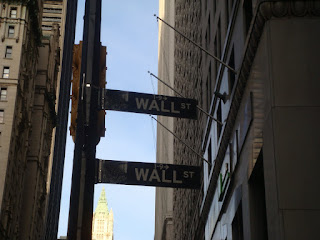 which is the home of the…. 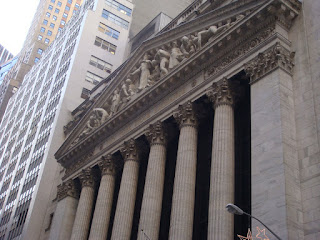 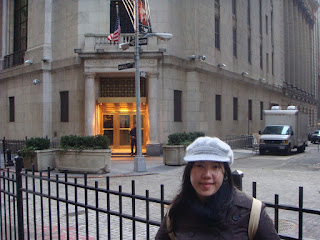 New York Stock Exchange. There were flags just outside reading “The Center of the Financial World” or something to that effect. More like the cause of the world’s financial woes. First, it was the Depression in the 1930s and the cause of recession in the world since 2007/8. Thanks to that, I was retrenched. Harumphs. That being said, you can’t help but feel the kerching vibe. 😉 Hah…is that my inner banker speaking? Hmms….

After this, we took another short walk over to the 9/11 Memorial Site. The New Yorkers do not like to call it Ground Zero anymore. 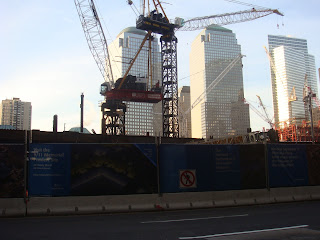 In fact, it is now a construction site where they will be building a memorial building. 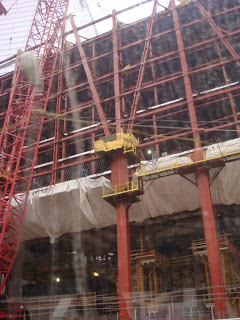 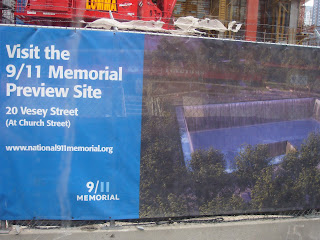 It was starting to get dark so we made our way back to Times Square where we bought tickets to the musical “In the Heights”. We went to the famous “Roxy” restaurant, which serves the king of all sandwiches. Check out my Pastrami sandwich! 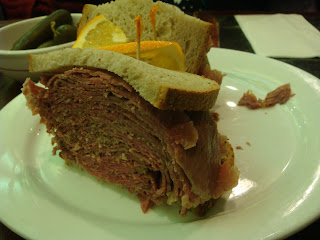 Mind you, that’s only half of it. Gor and I couldn’t finish our individual sandwiches. We forgot about the monstrous serving sizes in America plus, we found it ridiculous that we had to pay $7 extra if we shared a dish. Would make sense if they gave more…but NOO…it was just a ploy to make you order individual ones. Anyhows, I wouldn’t recommend you going there because its really a lot of meat slapped between 2 pieces of bread. Not very exciting. What WAS exciting was my first Broadway musical!!! 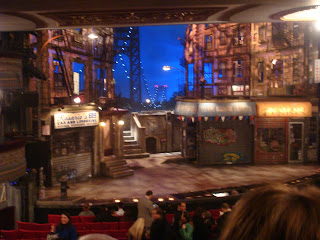 Tadah…the set. We paid about $60 for our seats and apparently, they were already half price. Not too bad, I guess. The seating was a bit odd. Our half were odd numbers while the other half had even numbers. Sorry for the digression…back to the musical itself. As I mentioned earlier, we went to watch “In the Heights” and this musical won ‘Best Musical’ and ‘Best Musical Arrangement’ in 2008 Tony Awards. Below is a short video clip on it (pls note that its the promo vid).

If you can’t view the video, just click on: www.youtube.com/watch?v=7PjplS0UwwA.

The songs are catchy and the whole story is pretty touching in the sense that it draws on the themes of home and about how the USA is a land of immigrants. Children of these immigrants feel American but yet not quite…but yet, home is where the heart is. There also are struggles with one’s identity, ambitions and culture. Sounds like Singapore, huh? IF you ever get the chance to go to New York, I highly recommend this musical. It’s funny, cute and it entertains. It’s no high brow musical with a soppy plot but its fun enough!