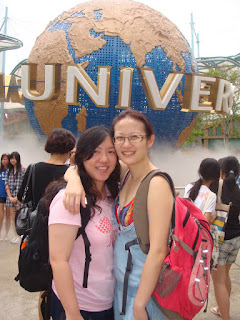 My family from the US is here for a short holiday and I brought my cuz to Universal Studios yesterday. Along with us were my bro and my bestie! Spent the whole day there…from 11-ish to 7pm! Here are some shots… 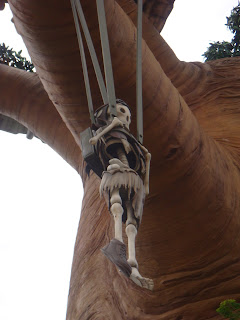 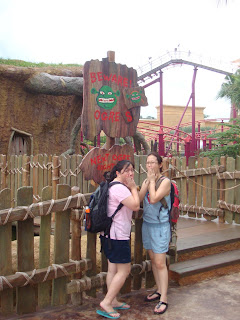 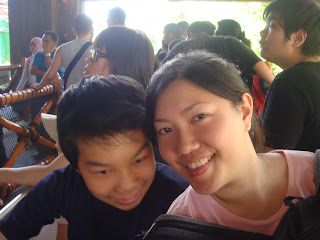 My cousin…attempting to bite my shoulder but caught on camera… 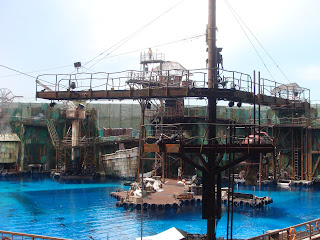 The Waterworld show where they start off splashing water into the audience and making the audience cheer/ boo. It was quite hilarious…the ‘clowns’ were more entertaining than the actual show. 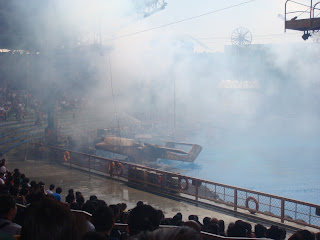 Amazingly, they managed to get a small plane to suddenly ‘crash’ into the water stage!! That was unexpected and quite thrilling. 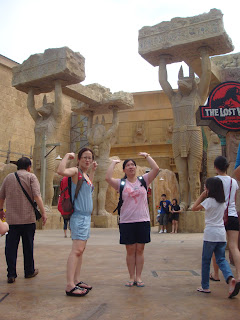 Entering the Lost World…think we can be like those ‘guard dogs’? 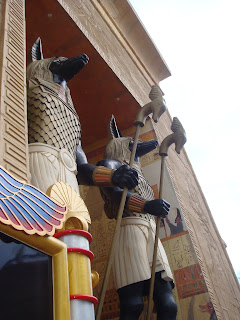 This is the entrance to the BEST ride in the theme park. Revenge of the Mummy!!! You MUST try this and after this ride, the rest will pale in comparison. Not that the other rides were that *ahem* great. 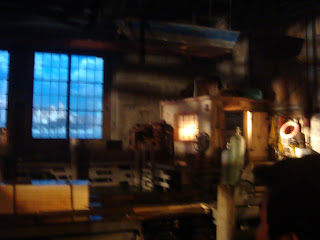 This is the stage where they recreate a studio setting of a hurricane cat5. Thunder, lightning, fire, crashes, wind and rain! Warning…do not stand in the front row if you do not want to get wet. 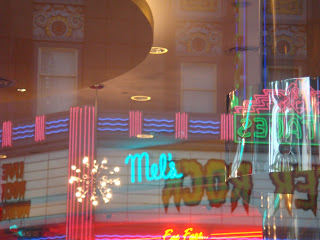 Hey…I didn’t know I opened a diner in Universal. 😛 Check out the cool retro cars that were outside this diner. 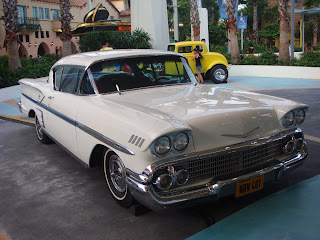 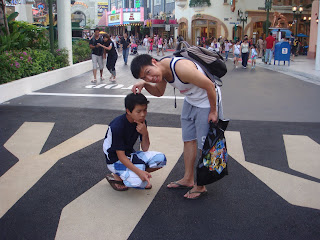 I think that this may be an actual zebra crossing!! 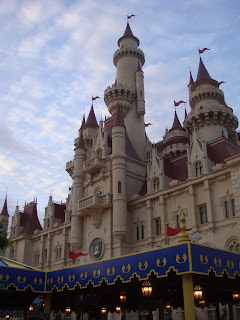 Far Far Away castle with the awesome 4D adventure! This is another MUST try. What’s 4D? Go on in and you’ll figure it out. 😉 We went there only at 6pm and I recommend you doing the same because we only waited 15 minutes whereas those who went earlier in the morning/ afternoon had to wait for a whopping hour!!!

We went on for some other rides as well and well, do bring a change of clothes because the Rapids Adventure in Jurassic Park will get you soaked! Bring a ziplock bag for your cash because you’ll need to pay for your lockers but you don’t want your stuff to get wet, do you? The canopy ride is a bit of a waste of time because we waited 50 minutes for a ride that seemed to last only 20s? Yawn.

That said, was it worth the $66? Sure! Much better than Disneyland in Hong Kong. Heehee…I can’t wait for the Battlestar Galatica rides to open so that it’ll be even MORE thrilling!