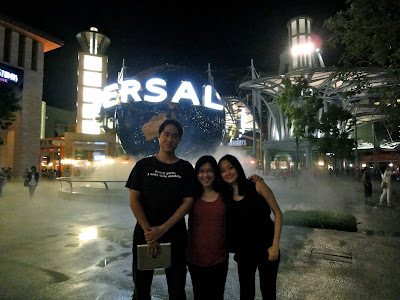 As you enter the Carn-evil, the clown awaits you…. 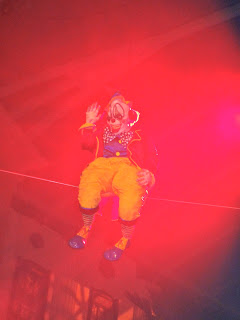 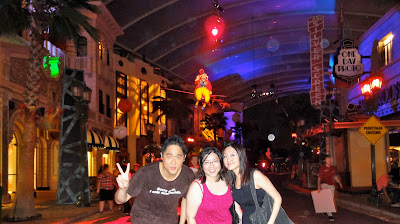 I was very impressed with the spooky decorations and what was more amazing was that they took 1 hour to complete it since the day USS ends at 7pm! 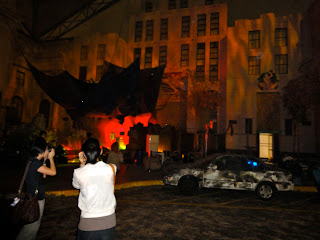 Above is a car crash scene and there were ghouls around who looked really decomposed.  Couldn’t really take good shots thanks to the crowd. 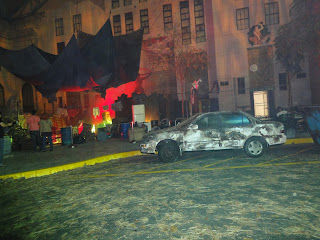 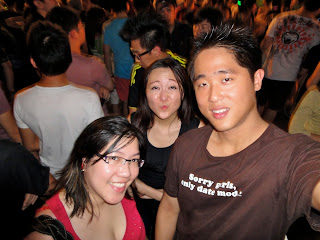 The queue for the haunted house was amazing.  We waited for 70 mins before we could even get in! 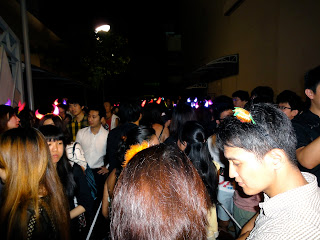 Check out the queue….looks a bit like a clubbing scene, doesn’t it? 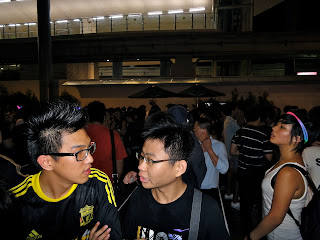 The grim reaper is the coolest character in the whole theme park.  Mel Li and I acted scared and obviously, Kai didn’t get that memo… 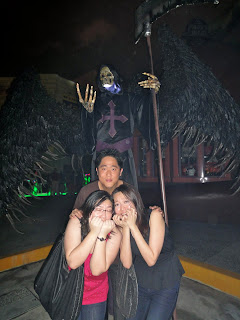 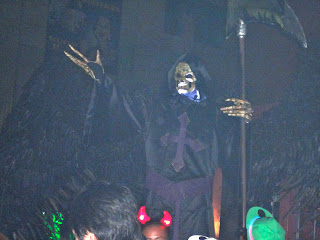 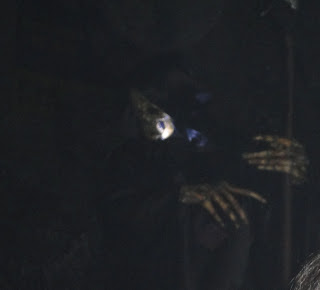 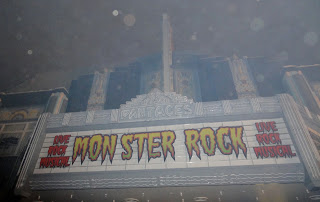 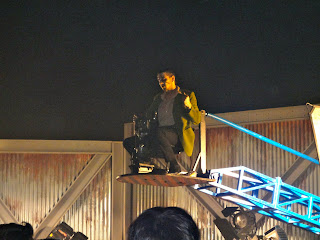 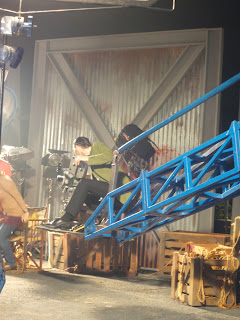 What’s a carn-evil without a tattooed lady? 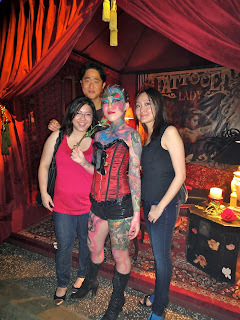 Review on the whole event…
It was too short!! The event started at 8pm and ended at midnight.  We spent most of our time queuing for the haunted house (70min) and the Battlestar Gallatica (110min).  The haunted house was very spookily decorated and the actors really did their best in jumping out of shadows/ photos/ ceiling to scare us.  However, I think they toned it down because apparently someone punched one of the actors on the first night?

It started raining while we were queuing for the Battlestar Gallatica (Human) and thankfully, we managed to get onto the ride!  Oh man…it was scary enough!  I’m soooo going back to Universal Studios JUST for Battlestar and the Mummy rides.

I wished that they let fewer people into the park for this Halloween event.  It was waaay too crowded at the entrance and any spookiness was just ruined.  It would’ve been more fun if we had more time too.  Nevertheless, I had fun and I think I might go to USS again!