I went to the Anime Festival Asia 2011 yesterday with Conrad and Zedd. It first started off with Conrad and I going to watch the Naruto “Blood Prison” movie at 10am. We paid $10 for the movie but we were pleasantly surprised to receive a poster each!Check out my loot for the day below… 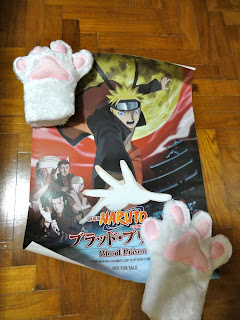 I bought the cat paws ($30) to match my cat ears, the latter being a gift from Satoshi many years ago.  I did find the paws with the exact similiar type of fur as my cat ears but they cost $30 EACH!!! 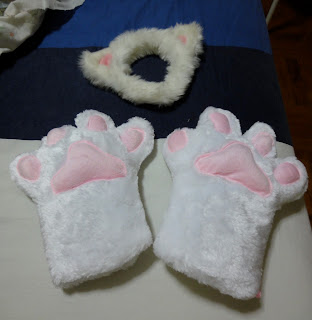 After the movie and lunch, Zedd and I went into the main stage area because I wanted to see the appearance of Flow @ 2.05pm.  As we were early, the Vanguard showcase was still on.  On stage were Danny Choo, popular blogger and host of ‘Cool Japan’ (left) as well as Milky Holmes and homegrown cutsie girl-group Sea(star)A. 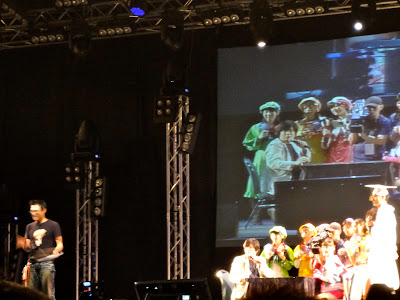 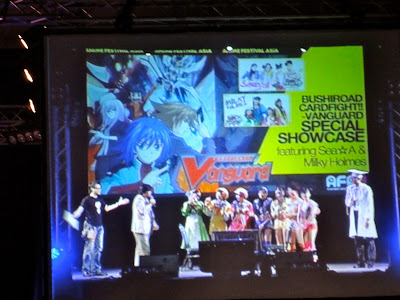 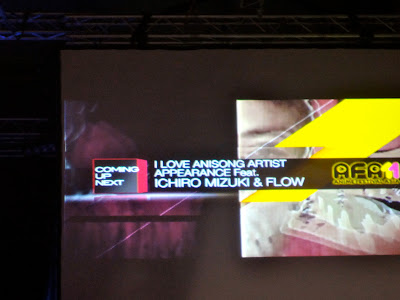 Flow!! Saw them in the flesh!! But they disallowed photography during the whole session (bah).
After the appearance was the ‘live’ dubbing by voice actress Chiwa Saito.  I’m not into voice actors or actresses but it was fun to watch how things are done as well as the enthusiasm from the otakus around me. 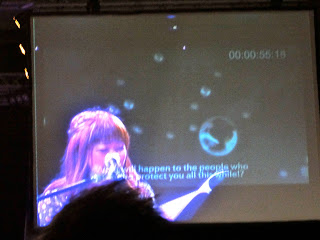 After the dubbing session, I took a quick walk to the main exhibition area. 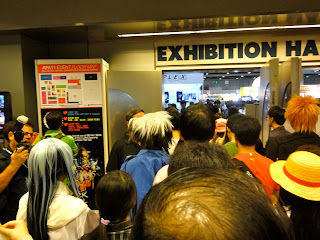 Look at the crowd!! Spot the cosplayers!!  I counted 3 Narutos, 2 Clouds, a couple of Gundams and a leopard.  There were many more of course but I didn’t recognise the characters! (T_T) I’ve been so out of touch with anime!! 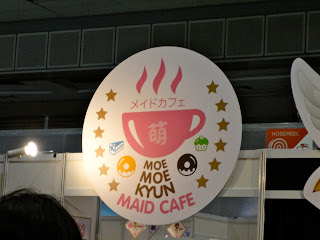 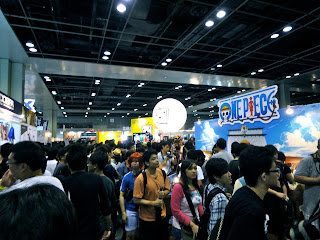 After that quick round, I went back to the stage area for the Gundam movie.  I fell asleep during the middle and seriously, I am STILL not a fan of Gundam.  Sorry Zedd.  Thank you for explaining to me the storyline and the various Gundam characters but alas…a gundam convert I am not. 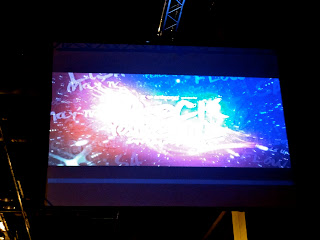 Above reads “I Love Anisong presents Rock Your Soul” and this is the concert that I’ve been waiting for!! FLOW!!!!!  I still find it stupid that they don’t allow photography.  I can somehow understand no flash photography/ video taking but concerts are all about fans being close to their idols and taking photos of them live!!!!  Ugh.  This is the ONLY concert I’ve been to that doesn’t allow photo taking. Boo. 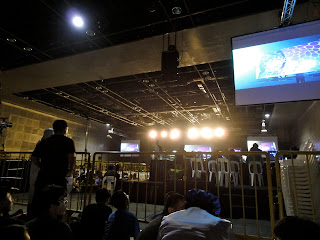 Here’s me waiting for the concert to begin and although I only started queuing at 6pm, I was very lucky to get pretty front row standing area.  The artistes performing were Sea A (gah…too cutesy for me), Ichiro Mizuki (I sat down half way…I am not into Kaisen Riders/ Gundam/ Natto…yes, he actually sang a song about natto), Lisa (she really revved the crowd and I think I might have turned into a fan) and Flow (they rocked the house down!!!!).

If Flow comes back next year as they hope they will, I think I might be willing to pay for the expensive tickets just so that I can see them closer AND get to sit on a proper chair during Ichiro Mizuki’s set.  Haha.  AFA 2012, here we come!!