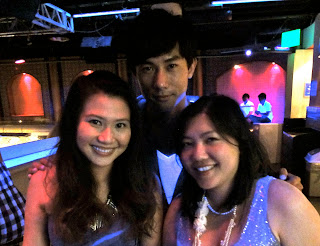 Is anyone able to tell me who this actor is? Oops…I haven’t been watching Channel 8 dramas for ages so I have lost touch with all the upcoming newbies.  I’ve got to admit that he’s quite good looking though. 🙂 So…I went to this MediaCorp Channel 8 event in which they were promoting their latest drama “A Song to Remember (星洲之夜)” which is set in the 1930s.  Pity the cast didn’t turn up in 1930s wear. 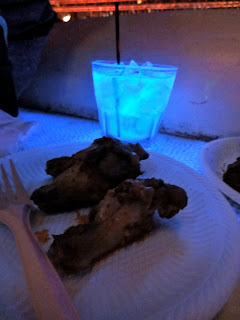 Above is my glowing Gin & Tonic (it glows due to the tonic water) and buffalo wings.  The food for the evening was quite meh~.  Loved the free flow of house pours!  Had a cranberry vodka, 2 bourbon cokes and 1 Gin & Tonic. :)))) 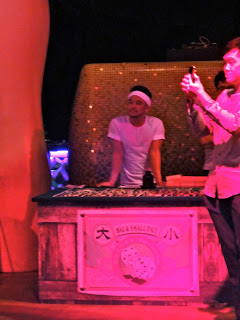 Since it’s the 1930s, it brings to mind cabarets and gambling dens so they had a ‘Big Small’ table there! All of us were given a small bag of chips to play with and the person with the most chips at the end will walk away with $500 worth of shopping vouchers.  Too bad, my team didn’t win…despite us pooling all of our chips. 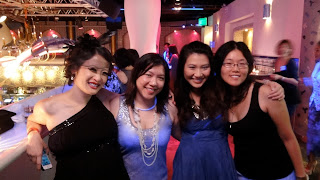 Sing came in full out 1930s gear while I tried to go with something inspired but I wore that to the office…so I had to tone it down lots.  No time to do the finger wave hair either. 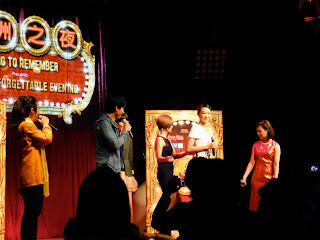 The cast went on stage to introduce themselves, their characters and the whole drama.  The person on the extreme right is a DJ from 93.3FM. 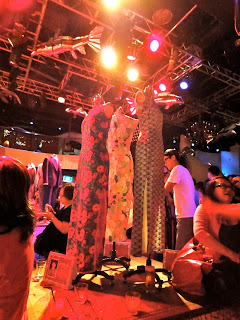 They displayed the costumes used during the drama as well.  Quite like the cheongsams but I wonder…why didn’t they also dress some of the women in the western 1930s fashion too?  I bet there must’ve been some rich girls during those days who wore similar fashion as those in the West. Hmm… 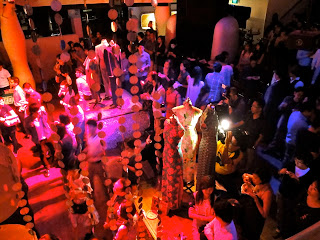 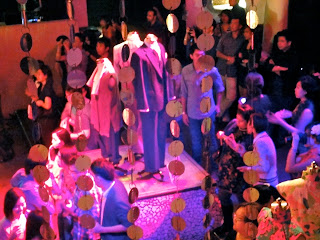 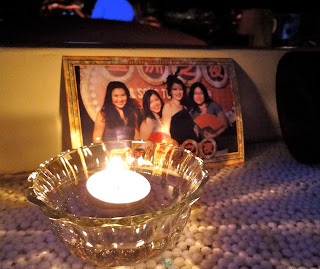 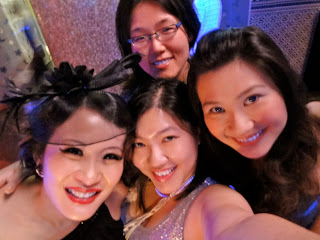 Besides the pregnant Sing, her hubby and another friend, most of us stayed behind to party at Zouk and I was very surprised at how fast the Zouk staff tore down the stage, red carpet etc!  They did it all in 10 min flat!

Another thing that we were treated to at 1am was the Pre-ZoukOut party with DJ Dirty South (Aus) spinning his set.  I can’t remember when was the last time I clubbed so I was quite happy.  As usual, there were a few entertaining people on the floor – one ang moh woman who looked like she was doing aerobics; a group of people who looked like they were screwing and unscrewing lightbulbs; bunch of people who had finger LEDs AND another group of friends who turned up dressed as Japanese High School students.  Gotta love the crowd at Zouk!

Alrighty…that’s all from me today as I’ve got a BAZAAR happening at Clarke Quay!!  Details below…