The cuties have finally landed in Singapore to do a full concert on Friday and Saturday! 🙂 I’m not a fangirl but I just had to watch some of my fave songs being performed live, right? Not to mention, it’s a nice interlude from my boring life of work, work, drama serials, sleep and then work.  Enjoy the photos! 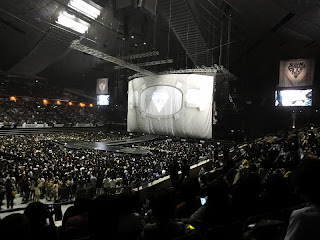 The stage above. Below, you can see one of the band (as in playing the musical instruments) coming out, which caused a ripple of screams among the crowd. 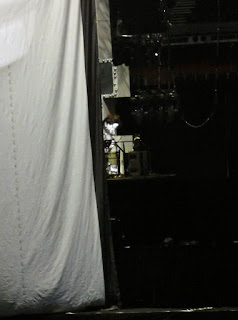 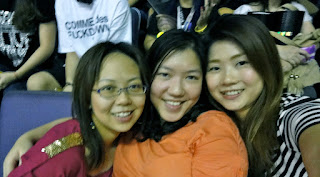 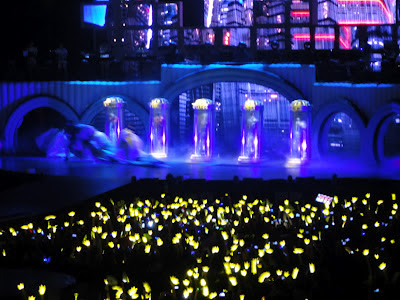 Big Bang has landed!!  Poor T.O.P had injured his right hand so it was in a cast.  He looked as if he was flapping a wing when he was just um…’flapping’.  Would’ve looked cooler minus the cast.  The poor thing had difficulty pushing his glasses up with his right hand while holding onto his mic with his left hand. 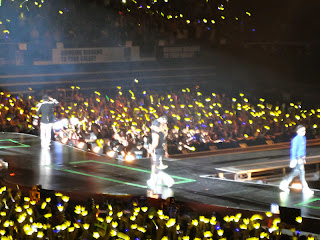 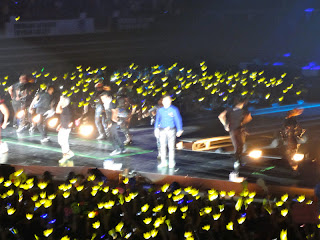 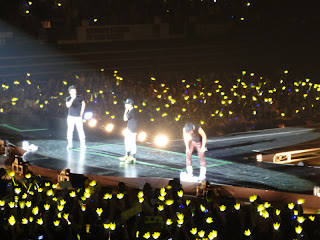 Above is Seungri, Taeyang and Daesung (left to right) who were teasing each other and greeting the crowd in English.  They then broke into an impromptu beatboxing and rap of ‘Knock Out’ which then saw the entrance of GD and T.O.P with…’Knock Out’! 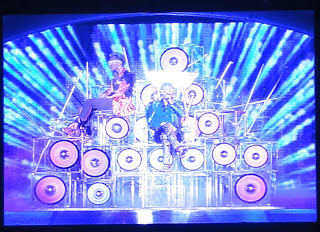 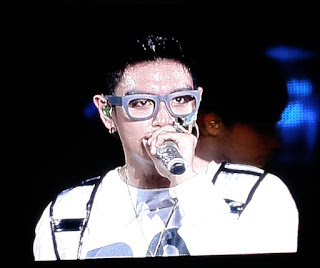 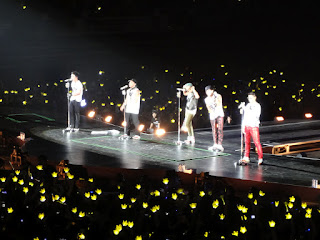 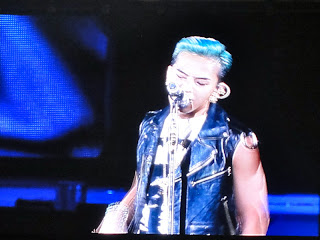 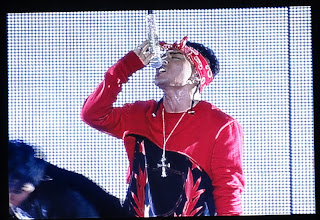 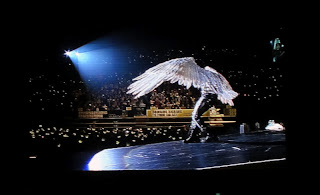 Above is Seungri’s solo and he wore this gorgeous set of wings that were freaking HUGE.  I want them wings. 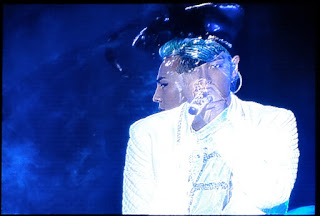 It wasn’t intentional but I managed to get a shot of the transition between T.O.P and GD.  Quite a cool effect. 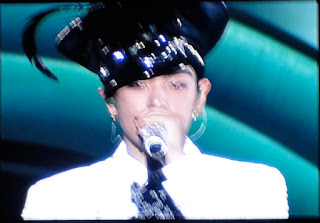 T.O.P was the only one with the bombastic hat in this set.  Hmm…was it the same hat used for ‘Fantastic Baby’? 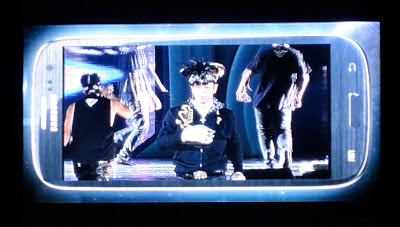 Guess who the sponsor for the tour is…. 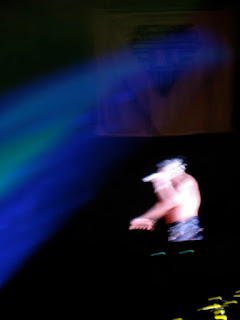 Scream if you’re a Taeyang fan! He removed his T-shirt and was topless for almost the whole encore session! 🙂 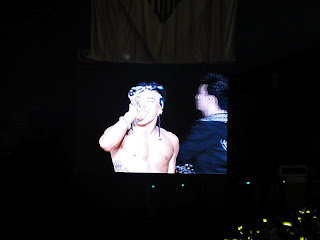 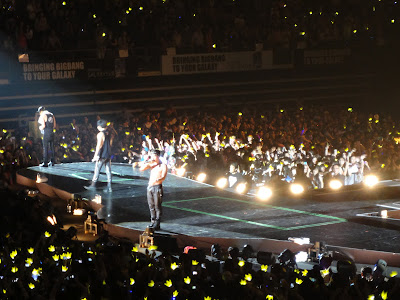 They sang most of their hits which of course, made the crowd go wild.  I was really glad that GD and T.O.P sang ‘Knock Out’ because I’m obsessed with that song. Loved Taeyang’s solo of ‘Wedding Dress’ as that is also my next song of obsession.  Lol.  Just thought that it was such a shame that they didn’t sing ‘Tell Me Goodbye’ and that the transition between songs were a bit too long.  This is the first concert where I could sit in between songs. (0_o)

Another big question mark was…why did they have the start the concert at 7pm? It was a mad dash for me from the office and thank goodness I work near Esplanade MRT station.  The 2.5hr concert ended wayyy to early…but at least the boys HAD a concert! Looking forward to more tunes from them and to their next concert!!