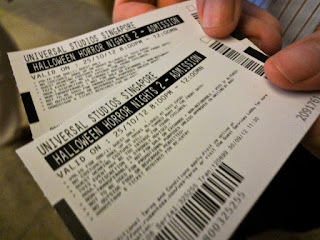 It’s the 2nd year running and it’s also my 2nd time going to Universal Studios Singapore (USS) for the Halloween Horror night! Was pumped up to enjoy the rides amid the ‘gorified’ theme park.  This year’s villain is a Puppet Master (last year‘s was the Director), which explains why the entrance of USS read “Welcome to the Doll House”. 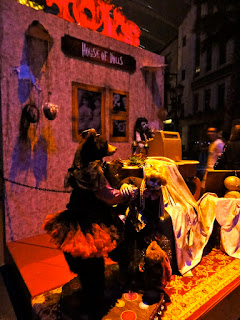 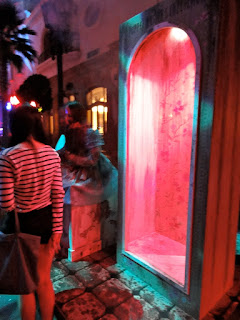 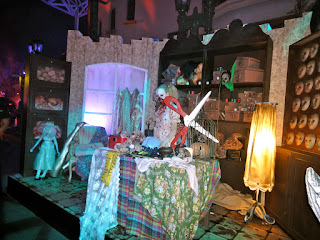 Creepy dolls greet you as you enter and beware of those roaming clowns that decide to greet you either from behind or they jump in front of you in excitement.  Fresh meat for the Puppet Master!! 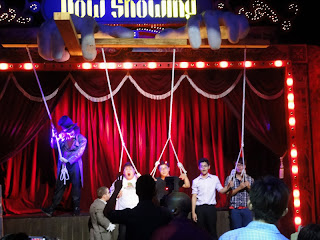 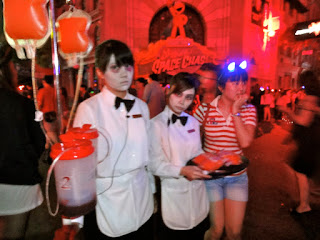 If you are feeling thirsty on the way, feel free to get some blood bags from the undead waitresses.  Next, we entered another zone where panic ensued due to crashes and biohazard waste has turned victims into zombies with melting flesh and all… 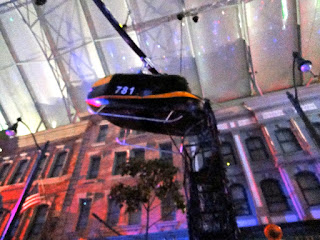 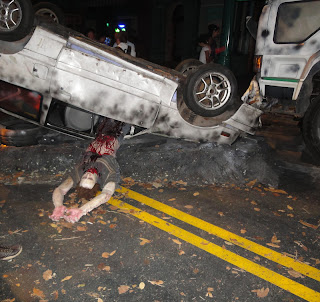 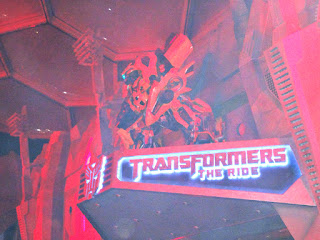 The Transformers ride wasn’t open the last time I was at USS but I’m so glad that it was this time round (although there was technical issues until about 11pm).  The ride was AWESOME! We waited for 2 hours for it but it was really good although it could’ve been a couple of minutes longer.  If only they could send more than 12 people each trip, the queue might move a bit faster.  This is a MUST ride in addition to Battlestar Galactica.  I don’t think I will ever have the courage to take the Cylon ride…I think I’ll stick to the Human side. 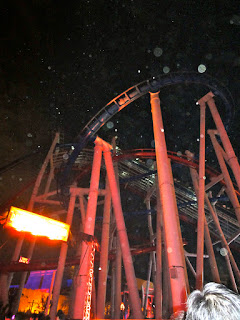 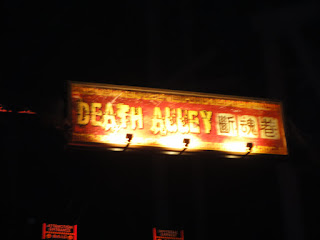 After our stint in the Human side of Battlestar Galactica, we entered 1 of the 3 haunted houses – the Death Alley…where the saw the horror of… 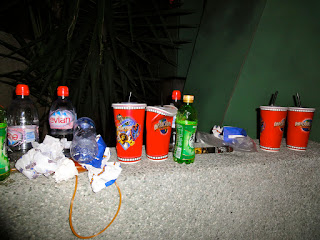 RUBBISH.  Seriously people…just hold onto your rubbish till you see the rubbish bin! There were bins along the queue for goodness’ sakes!!

Anyway, back to the Death Alley.  I think USS has really outdone themselves this year with 3 haunted houses and each with a different theme.  Death Alley was Chinatown and you would know this from the Chinese song that was hauntingly looped till it would drive you mad before you entered the haunted house.  They stuck to the usual gory dismembered body parts, actors hiding behind corners and walls to come out and scare you. This time round, they even hired children and the elderly to create more authenticity.  Well done! 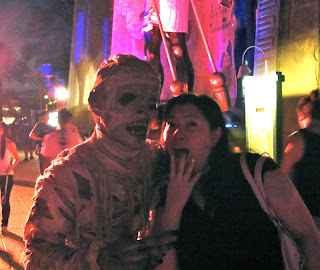 At the Bizarre Bazaar, I was captured by a Mummy and then we were also hypnotised to pose with a very good looking Pharoh-ish slave driver! 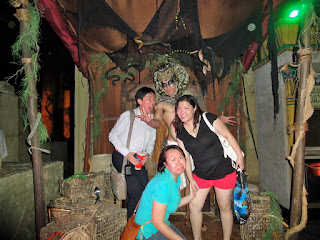 Thank goodness they only closed the rides at 1am (an hour later than last year), but then again, we didn’t have enough time to go to the Shrek 4D adventure and neither did we get to ride the Revenge of the Mummy.  I really don’t understand the screaming girls because, with so many people…its really hard to be spooked.  All in all, my feet hurt, my back was sore but I thoroughly enjoyed myself.  Of course it helped that I had the excellent company of these 2 dearies of mine. Especially when Ming goes into bitch mode.  Will I go next year? Oh yes!