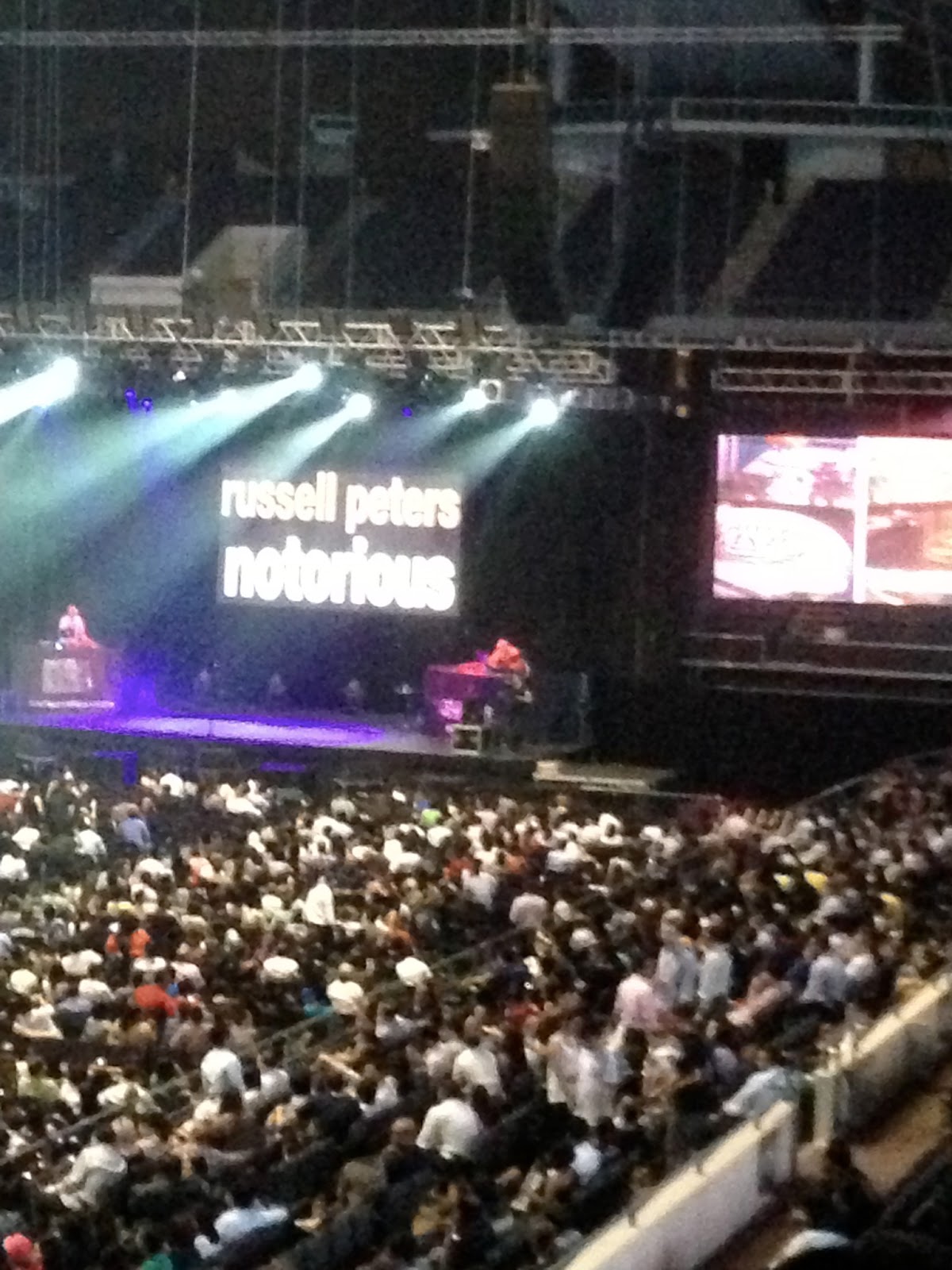 I finally managed to catch Russell Peters in Singapore this year!! This is still his Notorious tour so apparently, he recycled some of his jokes but I didn’t attend last year’s stand up so it would be new to me.

He actually brought 2 DJs with him.  (0_o)  It really felt like I was walking into a club when we entered the Indoor Stadium and if it wasn’t a Monday, I probably would’ve felt the urge to go clubbing after.  LOL.

As usual, Peters was really funny and he’s at his best when he’s picking fun at the members of the audience AND when he’s imitating accents.  Super funny!  It was such a shame that it ended when it ended and I think we could’ve gone on much longer but of course, it has to end at a sane hour.  We had to go to work the next day.

I’m looking forward to seeing him again next year and I hope that it’s all new material!!