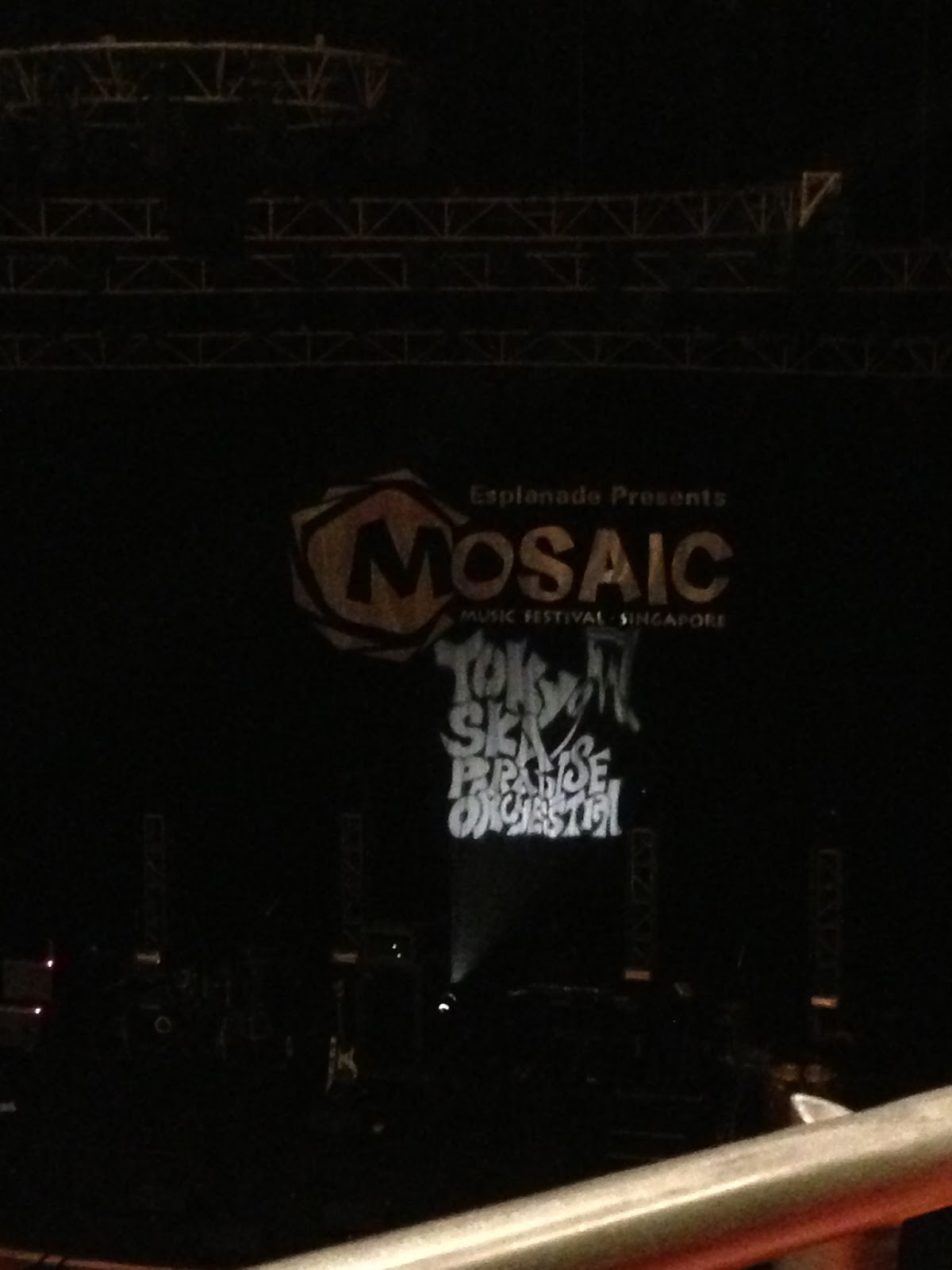 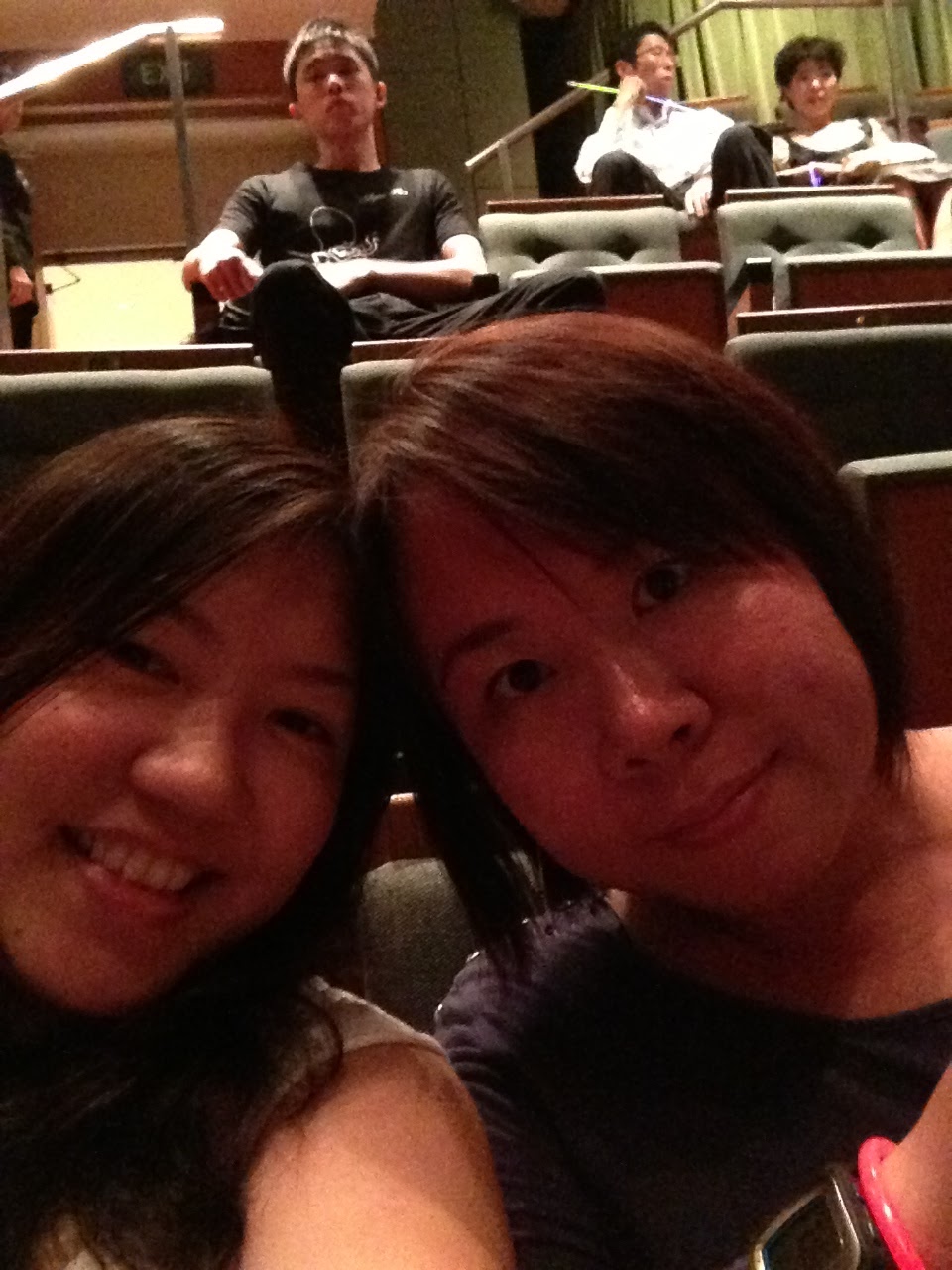 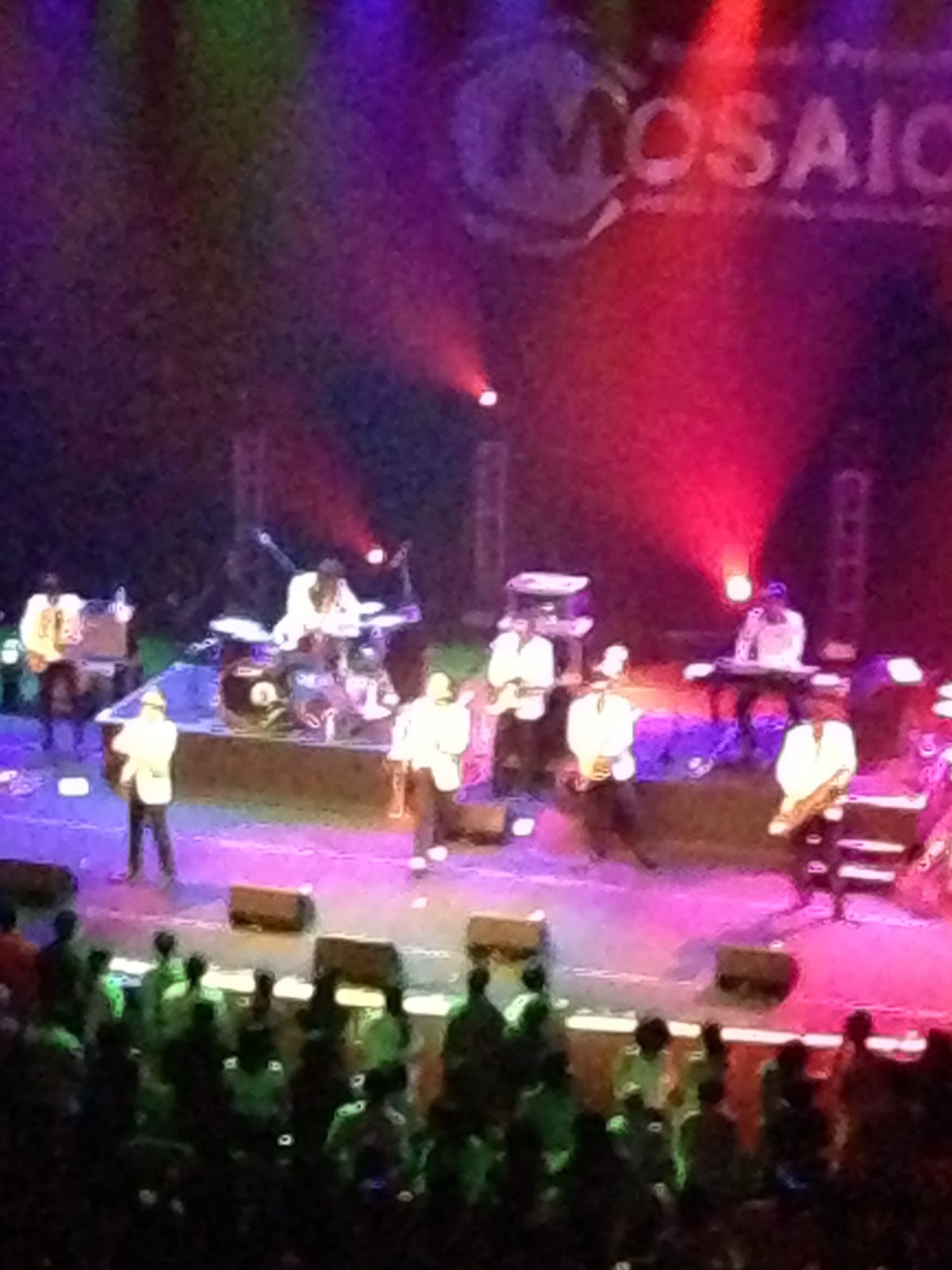 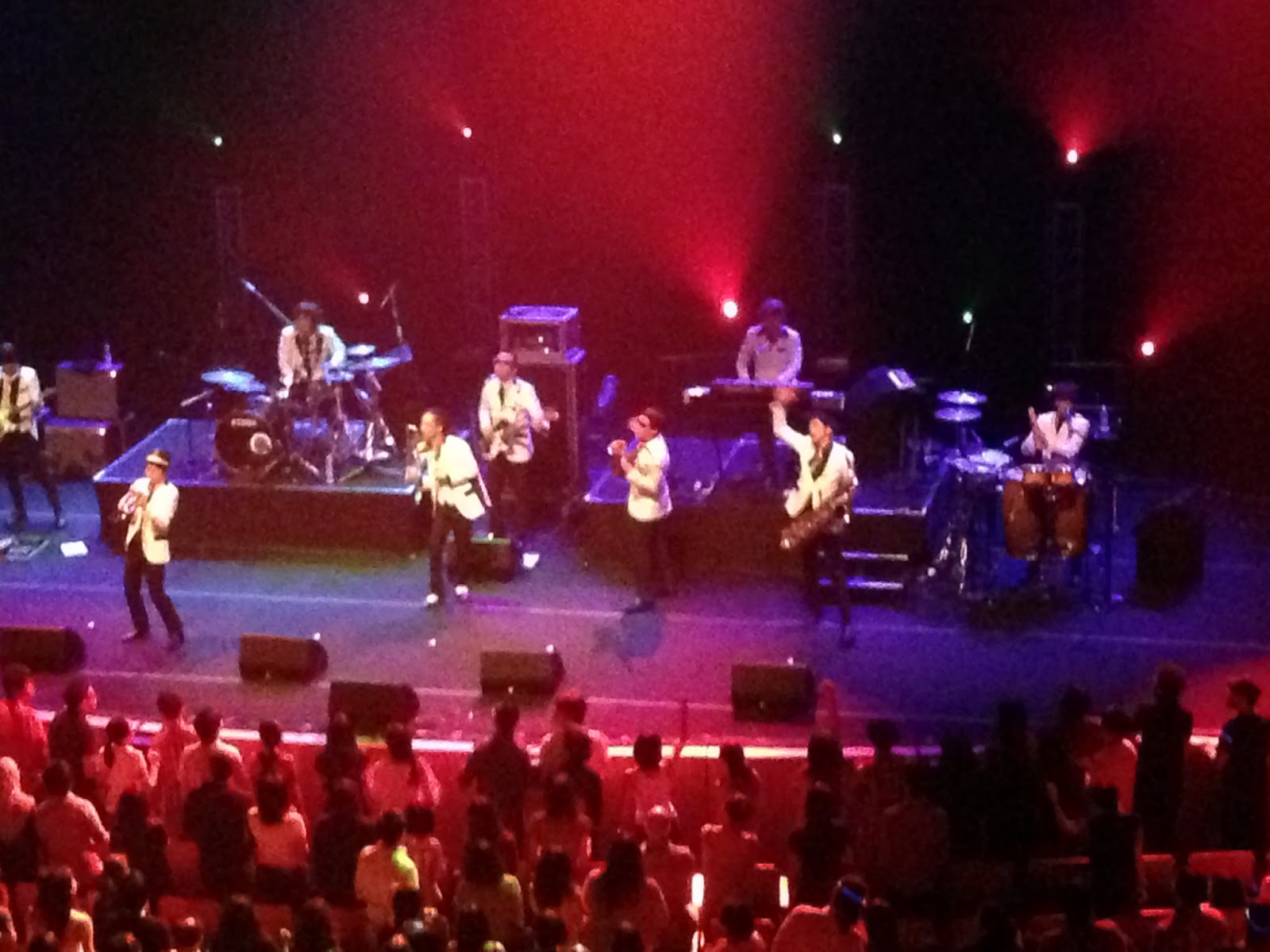 Above a photo of the Tokyo Ska Paradise Orchestra that performed in Singapore as part of the Mosiac Music Festival.  I didn’t know it but this is their 2nd year performing in Singapore!!

I’m not totally into Ska music but I’ve seen the YouTube videos of Tokyo Ska Paradise and they’re good! These 40 year olds can really bring a lot of energy on stage and they’re just very entertaining.  Everyone was given those thin lightsticks that could be bent to necklaces or bracelets and people started throwing them towards the stage.  I pity those sitting/standing in the front area because they were pelted with those lightsticks.  Tsk tsk. I think there will be no such freebies next year.

Funny thing happened towards the end of the performance: a Caucasian guy climbed up on stage and danced on stage.  The members were fooling around with him for a short bit but he was really in their way as the stage wasn’t really huge.  Soon, he was followed by a Malay dude too.  Security let them get away with it for a short bit but when the Caucasian man refused to leave, he had to be dragged off stage and he missed the rest of the performance.

You can see one of their videos below:

I’m looking forward to seeing them perform again next year!