This is the 2nd farewell of many farewell parties/lunches/dinners that I will be attending for the next few weeks.  Sigh…this time round, it’s my manager who has left and yes, I’ll be taking over so it is with bittersweet feelings that we part.

Her being the Singing Queen, I came up with the idea of a KTV farewell party instead of the usual dinner or lunch. 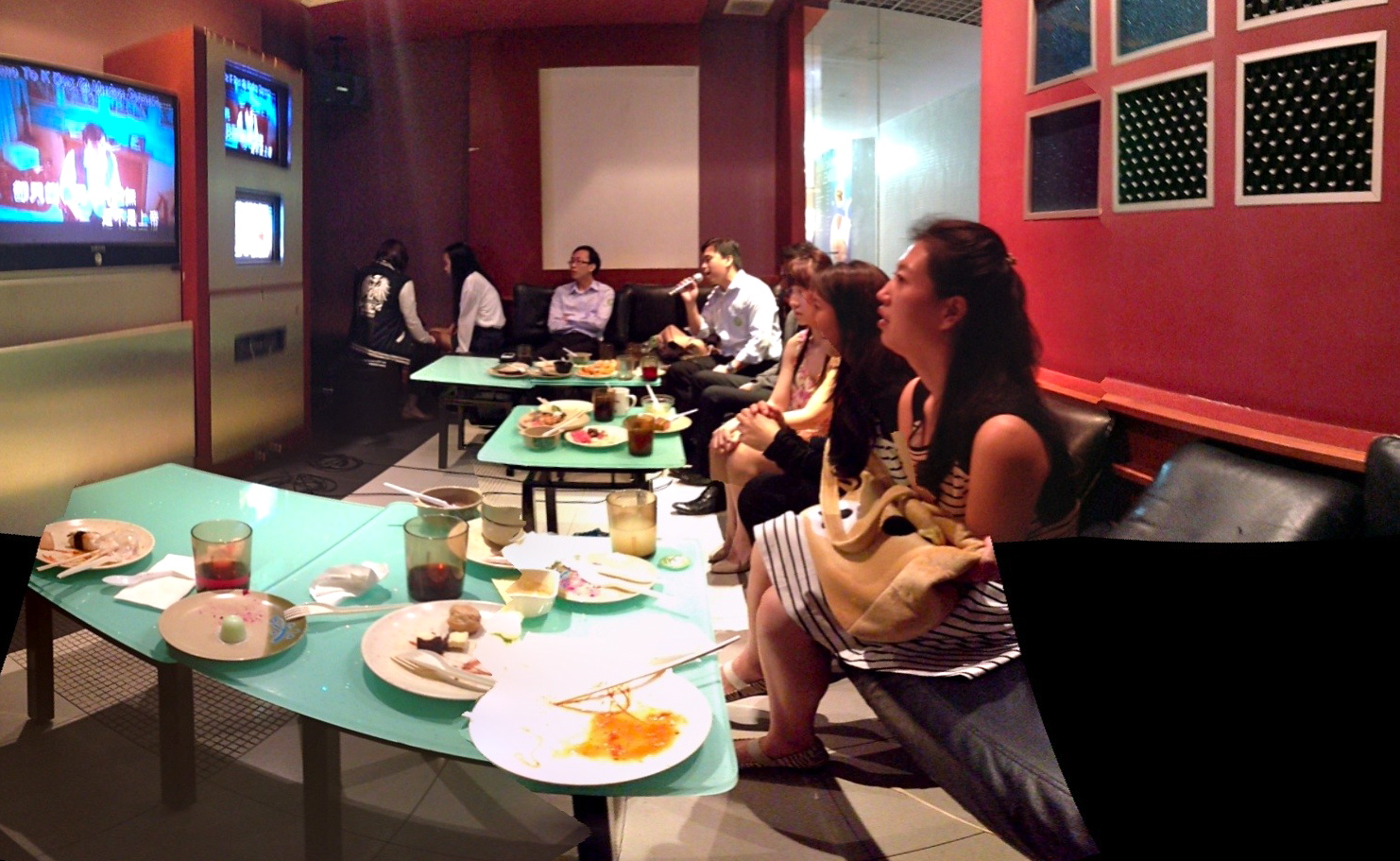 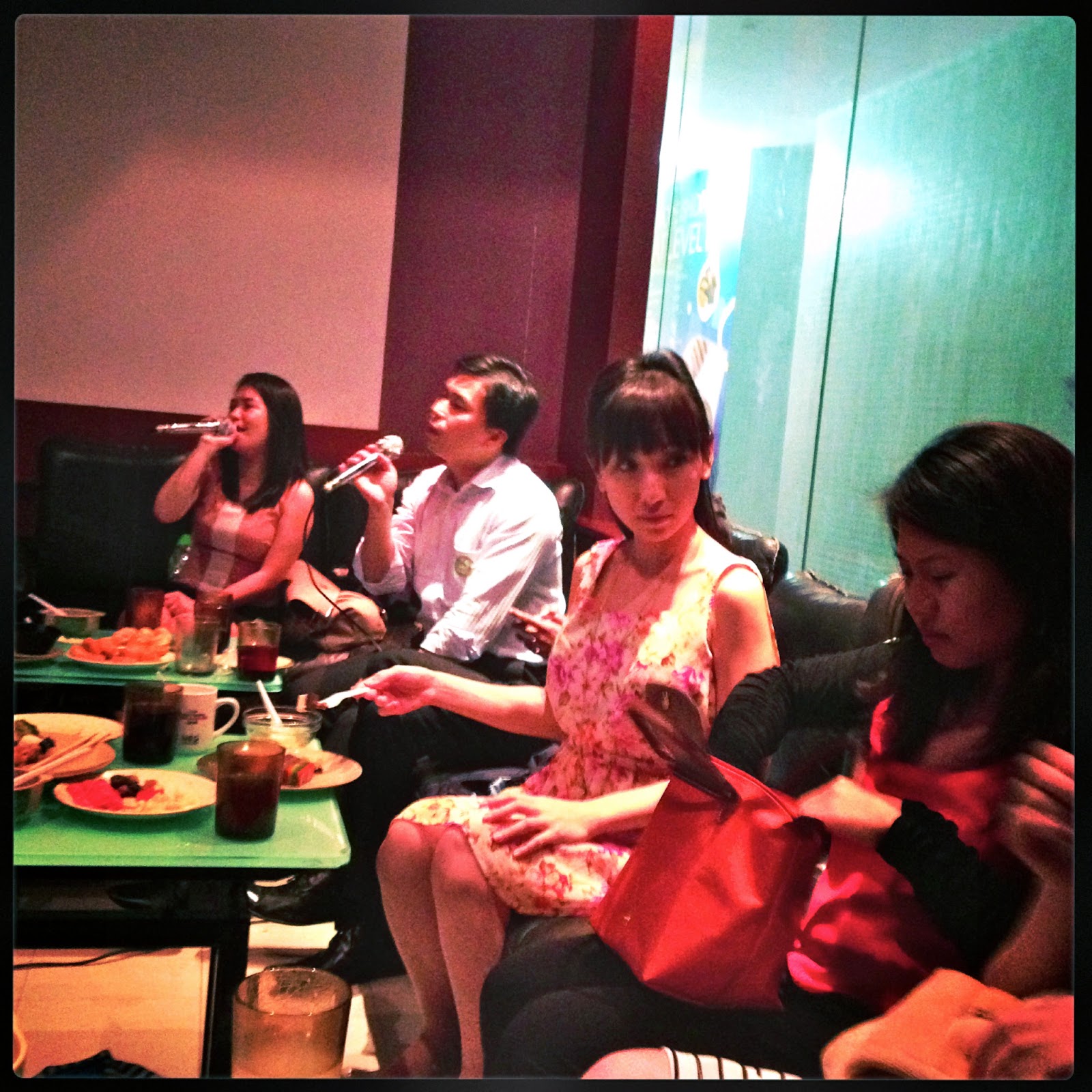 We went to Marina Square’s KBox and went for their buffet dinner package which was a bit of a food overload.  For the first 15 minutes, we were so busy eating that we were not choosing any songs to sing! Hahaha!! Oh..it was mandatory for everyone to sing at least 1 song so it was really fun to finally hear 2 shy colleagues belt out tunes!  Jas even sang a Malay song by Peter Pan. 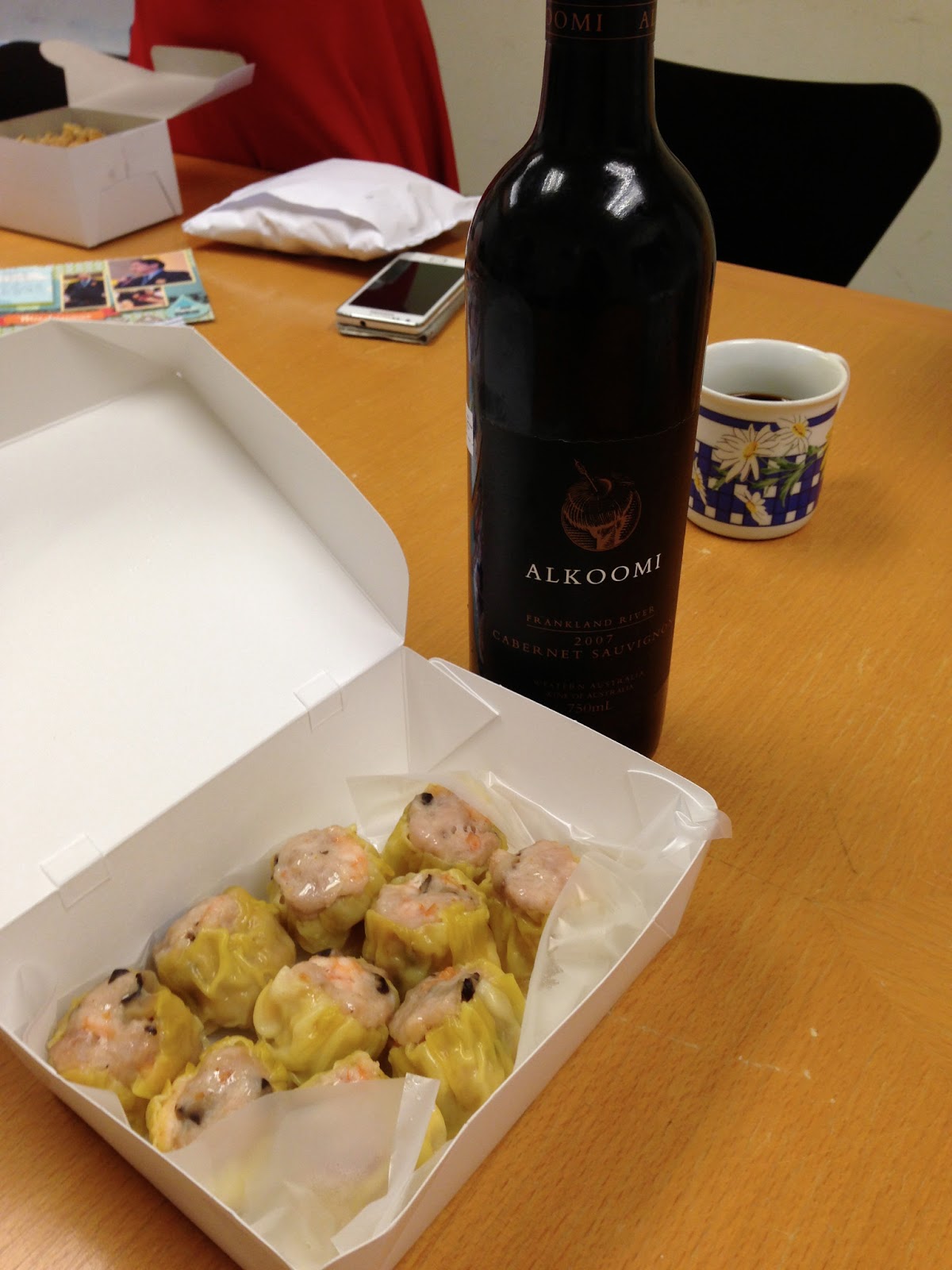 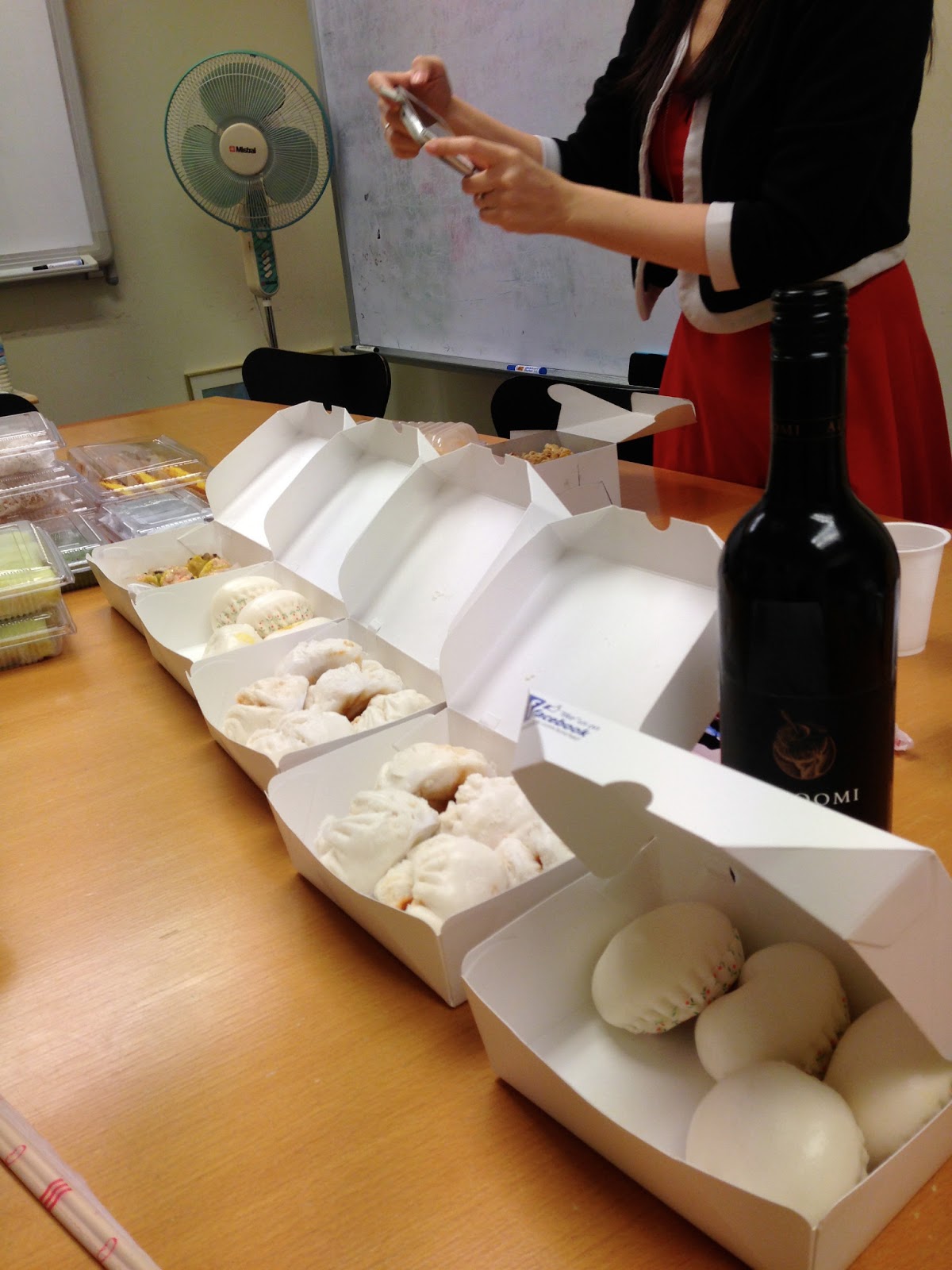 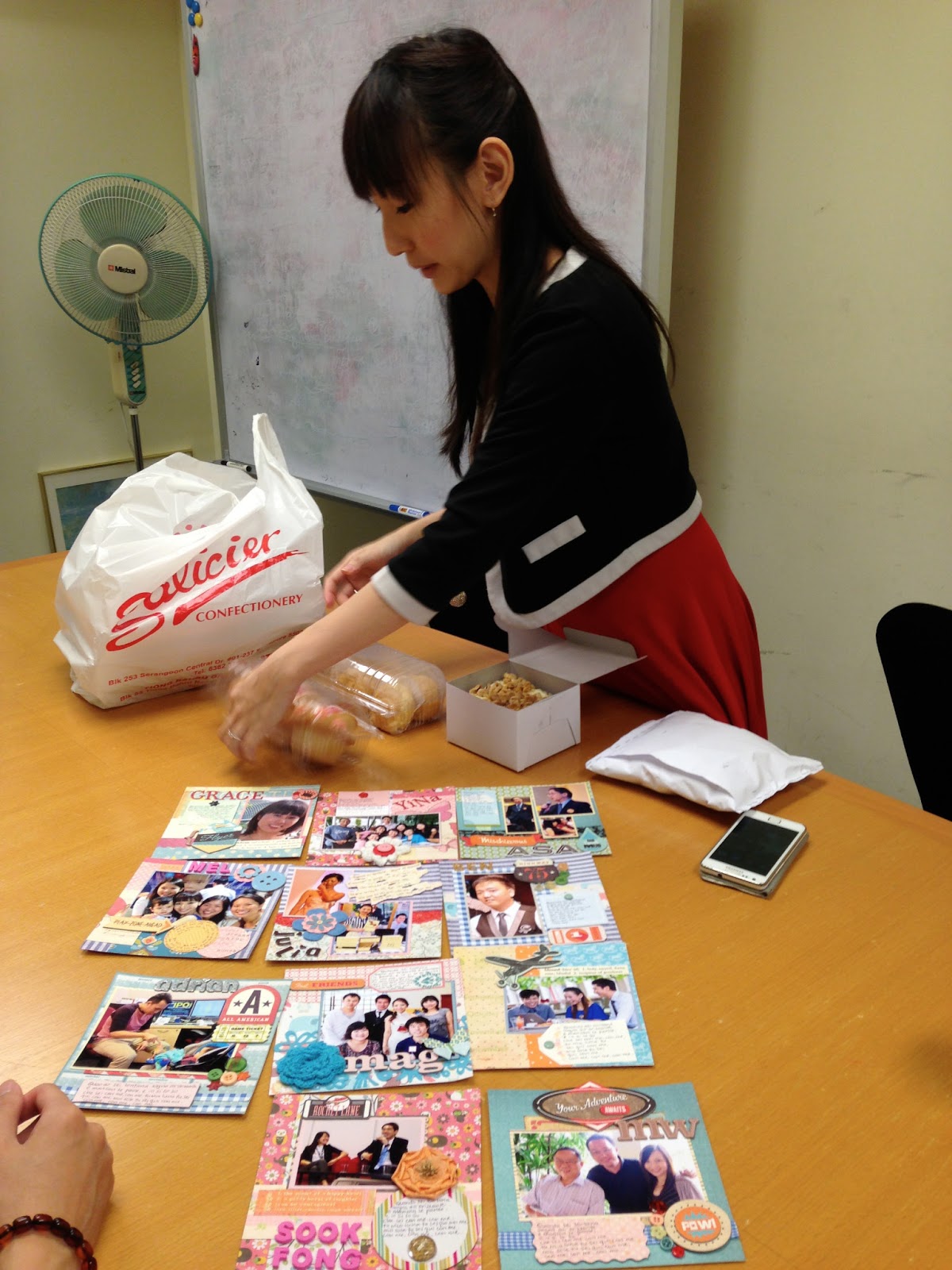 On her actual last day, she treated some of us to lunch and it was A LOT of food.  There was dim sum, cakes, other local desserts and 2 bottles of wine! She was also very sweet and made special cards and notes for each of us.  Cheeky her also wrote lyrics to a song on all of our cards in Italian and we had to guess what it meant.  Google translator wasn’t very helpful but we managed to find out that it was the song “Time to Say Goodbye”.  Awwww….

I’m going to miss having her around and to rant about certain things.  Not to mention, without her, all the stress and pressure is now mine.  Haha…with more ‘power’ comes more responsibilities.  Nice to know that she’s always a message/ phone call away for a good rant session and the best part? She totally understands.