I have no idea who recommended La Braceria to my bro but he suggested that we go there for dinner so my family did.  First up, I am constantly amazed at how all these restaurants in Bukit Timah survive very well despite the horrible lack of parking and not being the most accessible by public transport, except for taxis.  Can’t be total dependence on residents either, right?  Anyway, back to La Braceria.  It is nestled at the back of Glendale Avenue and the sign is rather nondescript from the road and it is only when you walk, do you see the rather large signboard. 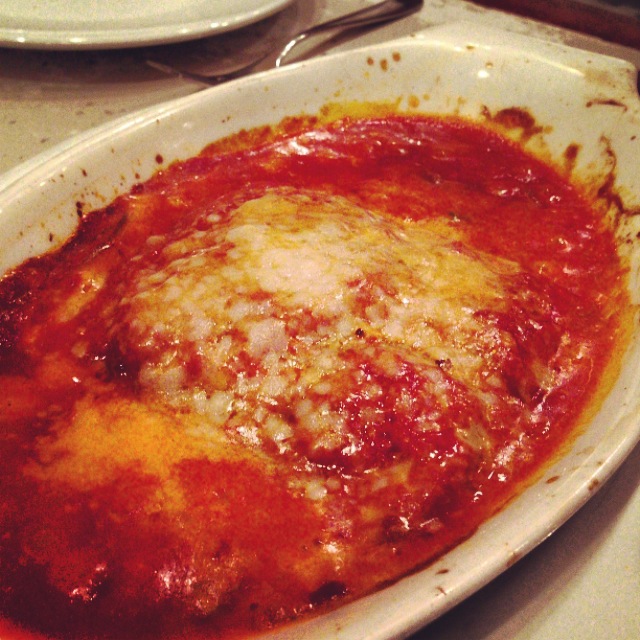 For starters, we ordered the baked eggplant (above) as well as the seafood platter (below), which was on their special seasonal menu. The eggplant was the expected yummy cheesy and tomato stew that I love with totally cooked eggplant.  The seafood platter had fried anchovies, smoked salmon, fish carpaccio and a ‘stew’ of clams and prawns.  I think the most unexpected delicious part of this platter had to be the fish carpaccio.  The slice of orange on top of it lent it that slight refreshing citrus taste while it was lightly salted.  It didn’t have the smokiness of the salmon which was great because you need balance.  The stew was good but the soup was a tad spicy thanks to the chilli padi bits in side. 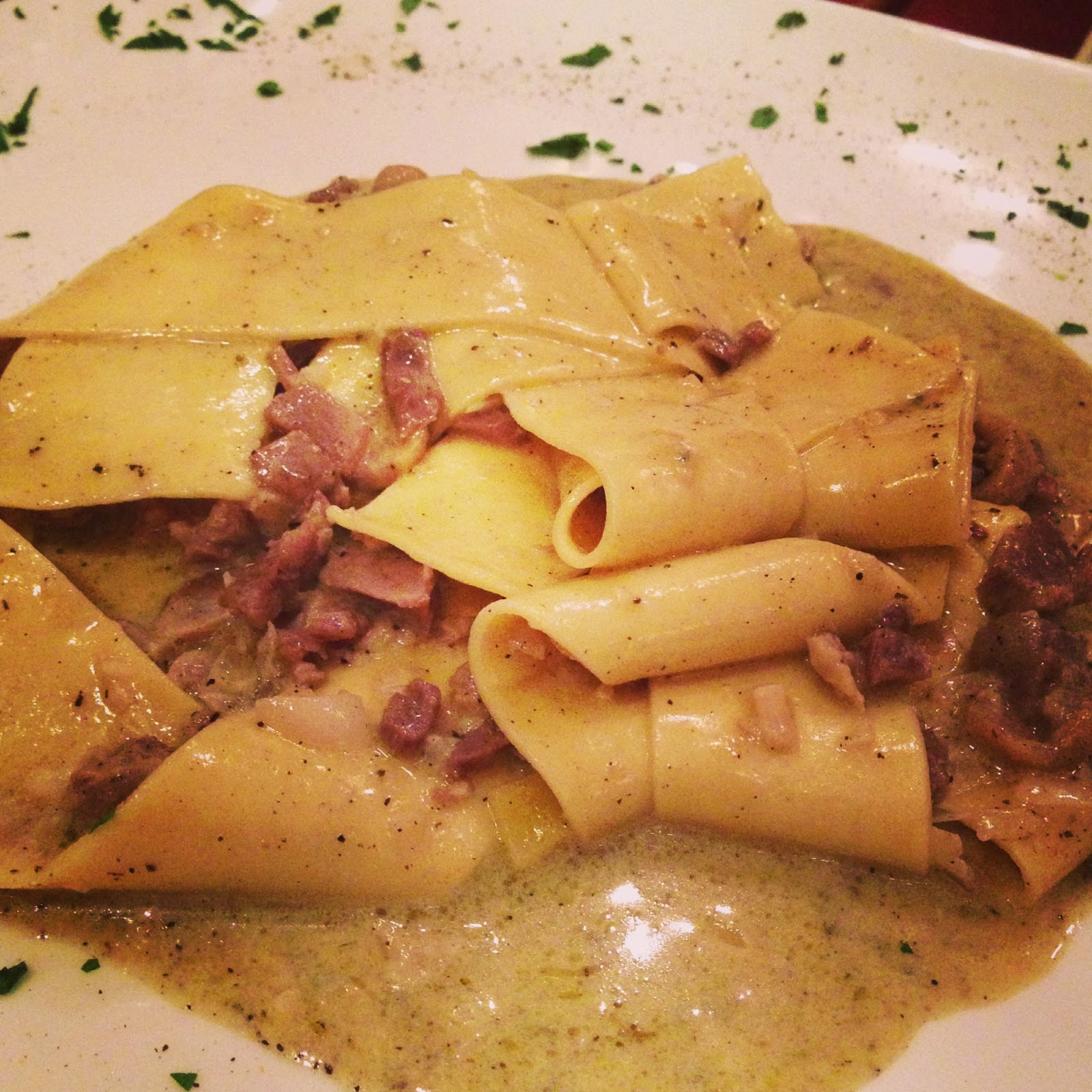 For mains, we ordered the Parpadele with Duck Confit which was on the special menu as well.  They ran out of black truffle so instead of paying S$28++, they only charged us S$26++ and the dish came with a very generous dousing of truffle oil.  The ducky was very well cooked and the sauce was gorgeous.  My only gripe is that the parpadele could’ve been cooked just a wee bit longer.  It was too aldente for me. 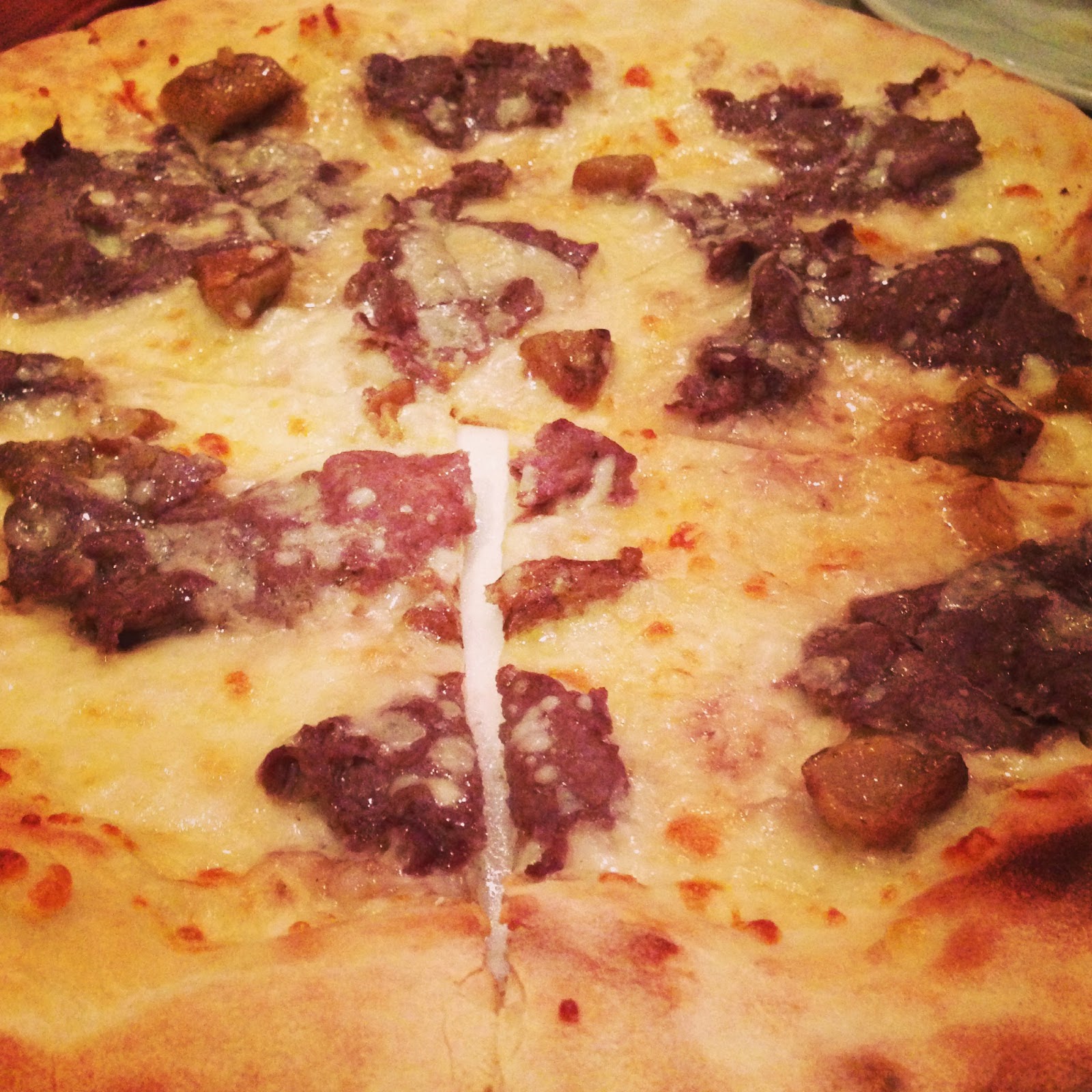 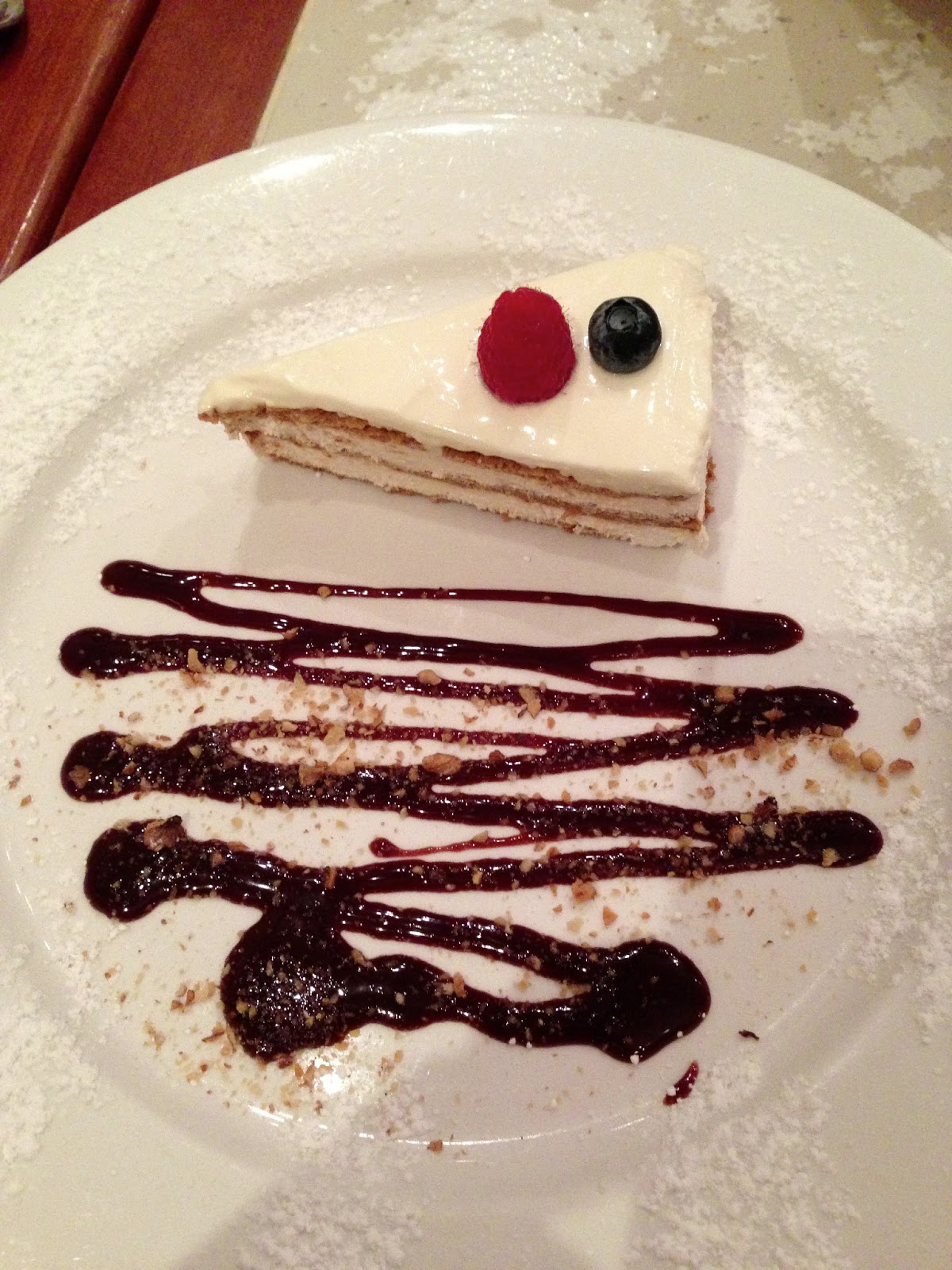 What’s life without desserts?  Despite being a bit full, we ordered the ‘Must Try’ Braceria special cheesecake (above, S$9.50++) which is really very different from the usual cheesecake.  It’s light, less cloying in texture and felt more like eating layers of cheese panna cotta interspersed with graham crackers.  But I’m quite sure that it’s not graham crackers.  I tasted hazelnuts and pistachios.  The sauce drizzled on the side was not simple chocolate either.  There was cherry glaceed into it. 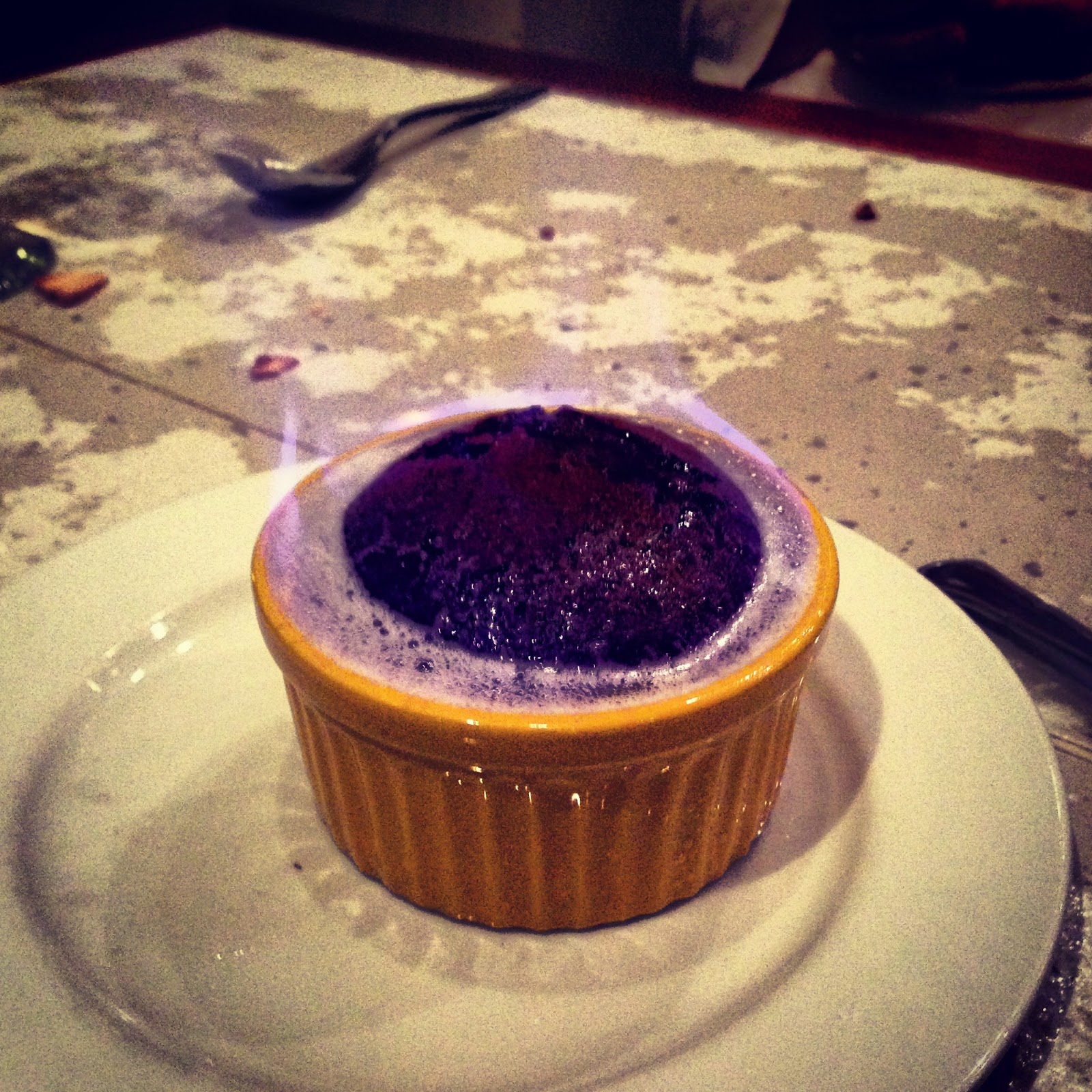 Many reviewers recommended ordering the Flaming Lava Cake (S$9.50++), so we did.  It comes in this souffle bowl where Grand Marnier was poured on the surface.  With a lighter, the waiter set it on fire and voila! A flaming lava cake!

I was not impressed by the lava cake.  It was gooey and soft on the inside but one gets a satisfaction from seeing the molten centre oozing out onto the plate.  No such satisfaction here.  Also, Grand Marnier is orange flavoured brandy liquer and how do I feel about pairing orange and chocolate? I loathe it.  I only enjoyed the alcohol with the chocolate but it’s orange…so…ugh.  Bro enjoyed the crispy bits though.

Overall, this meal was good.  There’s no denying how authentic and hearty this Italian meal was.  There is no fancy schmancy plating and is just as good as Valentino’s or Trattoria Noona Lina or any other famous Italian joints in Singapore.  I highly recommend dropping by if you’re in the neighbourhood!