I wanted to see the Giant Pandas Jia Jia and Kai Kai at our darling River Safari.  So…this became my adventure with Siew Mai as we like animals!  Best time to do this is of course, when I’m on leave and can play tourist in my own country.  Tip: buy the tickets online.  Skip the long queues at the zoo’s entrance AND you’ll get complimentary tram ride in the zoo.  We bought the 2-parks-in-1 at S$39.  They are still offering the River boat ride for free so please go early to book your slot onsite. 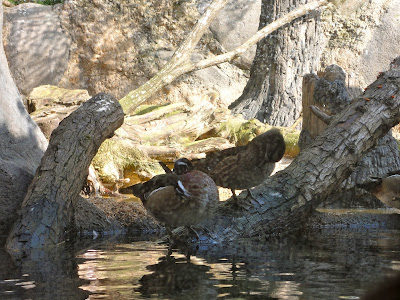 We were greeted by ducks…kamo kamo kamo…then you’ll walk into the zone known as the Mississippi River where you’ll see Beavers! 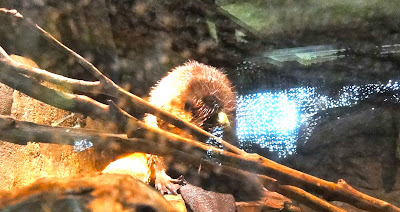 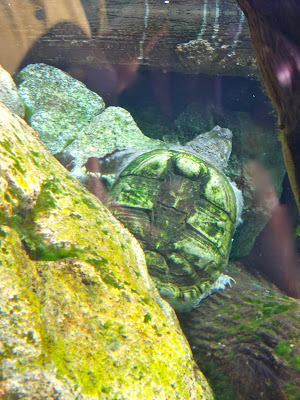 We were very lucky to be in time for the feeding of the Alligator Snapping Turtles.  These turtles are quite aggressive.  No wonder there’s the word ‘snapping’ in their name.  Their tails resemble alligator tails, hence the ‘alligator’ in their name too. 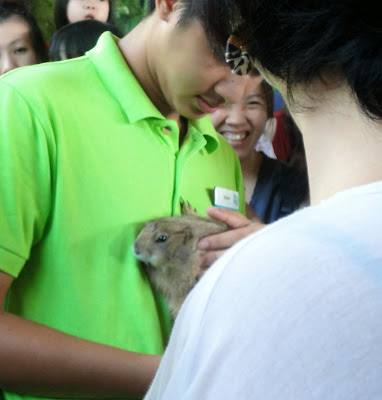 They let random animals out for photo-ops as well.  We were very lucky to catch Snuggles, the cute but harassed-looking prairie dog.  It was holding onto its keeper for dear life while all of us were touching it. 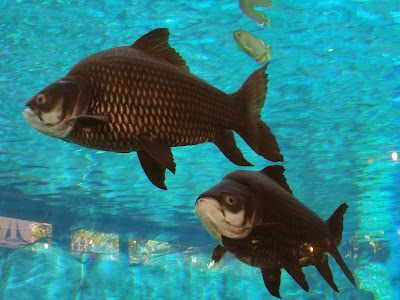 There were ginormous fishes and a lone giant stingray too. 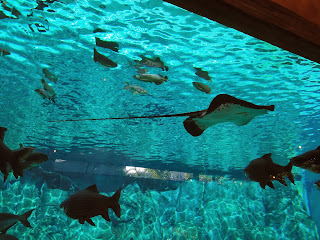 Plus a pelican.  The Mississippi River isn’t complete with one of those.  Especially a preening one. 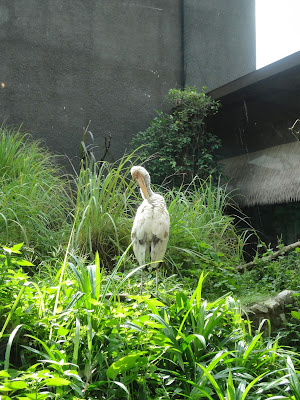 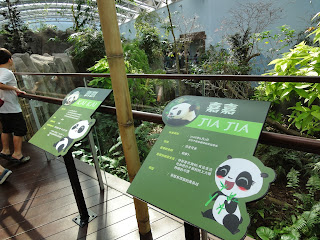 And we enter the panda enclosure! Besides the Giant Pandas, there were Red Pandas too… 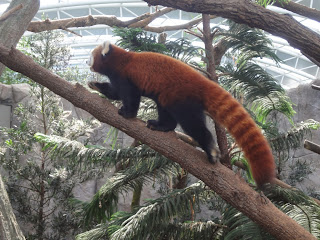 Their tails are so bushy and fluffy…makes me wanna grab them and just squish.  They’re so cute. 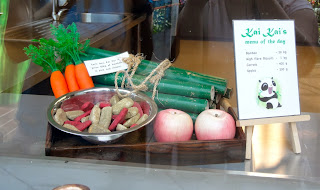 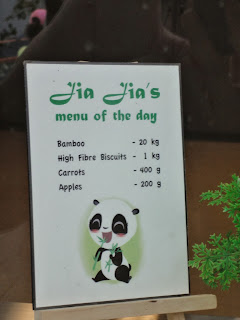 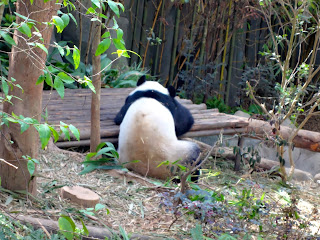 That’s Kai Kai slumped over. Reminds me of how we’d go to ‘sleep’ in school if we finished our exams earlier than the allocated time.  Kai Kai has a mini mohawk which the zoo lovingly calls it as his ‘onion head’. I love how all the Kai Kai cartoons have that onion head. 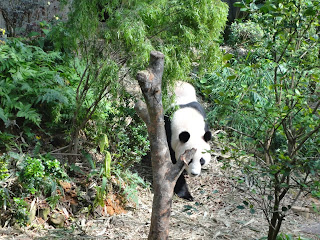 Jia Jia is a little shy so we had to wait for her to come out of her den.  The first appearance she made was a very small step outside her den.  We then waited again.  This time, she made a longer walk.  Yay for our patience! 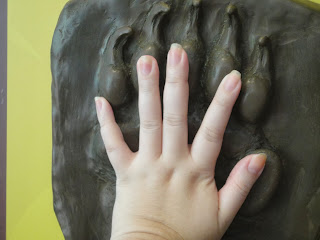 Did you know that pandas have a sixth ‘thumb’? It behaves a little like our opposable thumbs except that in the panda’s case, it’s actually an enlarged bone from their palm.

After we saw the pandas, it was time for a little snack. Of pandas.  LOL. Ok, panda-shaped stuff from the little eatery conveniently located outside the Panda enclosure. 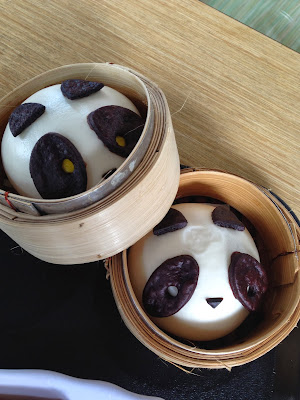 At S$2.90 per bun, be prepared to wait in line for 30 minutes for these cute buggers.  The top left (the one with the yellow eyes) was filled with chocolate custard while the bottom right (without the evil eyes) was filled with red bean paste.  It’s not the most delicious buns in the world.  In fact, it could do with more filling and less buns but they’re cute.  And they’re not tiny so you feel that the price tag is still ok.  Get the cute souvenir cup that comes with any soft drink purchase at only S$3.90.  It’s not as cute as the Slushy cup (S$7.90) but I think that the price tag is more worth it. 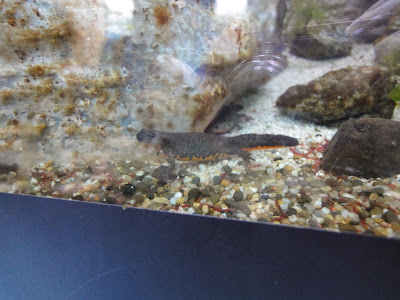 I finally know what a newt looks like (above). Below, a pelican is treated like a celebrity after it’s done posing with random humans.  It has an escort and several bodyguards who make sure that you clear a path for the walking bird. 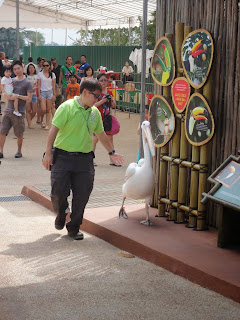 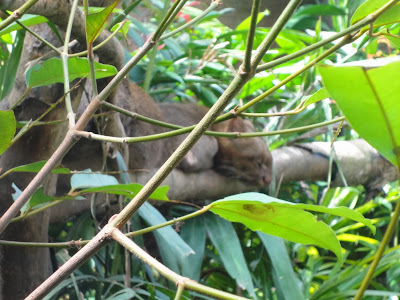 Have you ever heard of a Jaguarundi? Neither did I until I visited the River Safari. Cute cat louging on a branch. 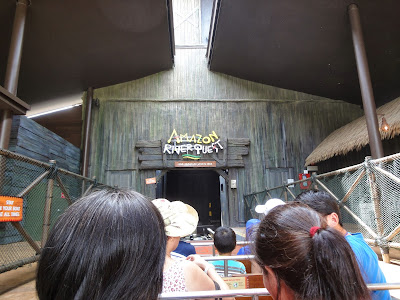 Onward to our River Quest! Despite having a slot booked, we still had to wait for another 30 minutes before we could get onto the boat.  The boat ride only lasted 10 minutes but you get to see the following animals:

These are the main highlights.  There were tons of other animals that we saw on Friday.  Overall, you will only need to spend half a day at the River Safari and as the latest park, you can tell that it’s well planned.  It was really crowded but it’s still ok…although this also means higher populations of jerks who ignore the ‘keep quiet’ signs and the keepers who constantly shush the crowds in the panda enclosure.  Next post on the zoo!