Last Tue, my dear dog Baileys was lethargic and grumpy.  When I touched him, he was really hot so I stuck a digital thermometer in his ear and found out that he had a mild fever.  His WHOLE body was bright red and he was itching all over plus his ears were also infected overnight. 🙁  I knew that he was seriously not feeling well because this greedy little thing actually REFUSED food from me.

Thus, I had to bring him to the vet’s the next day… 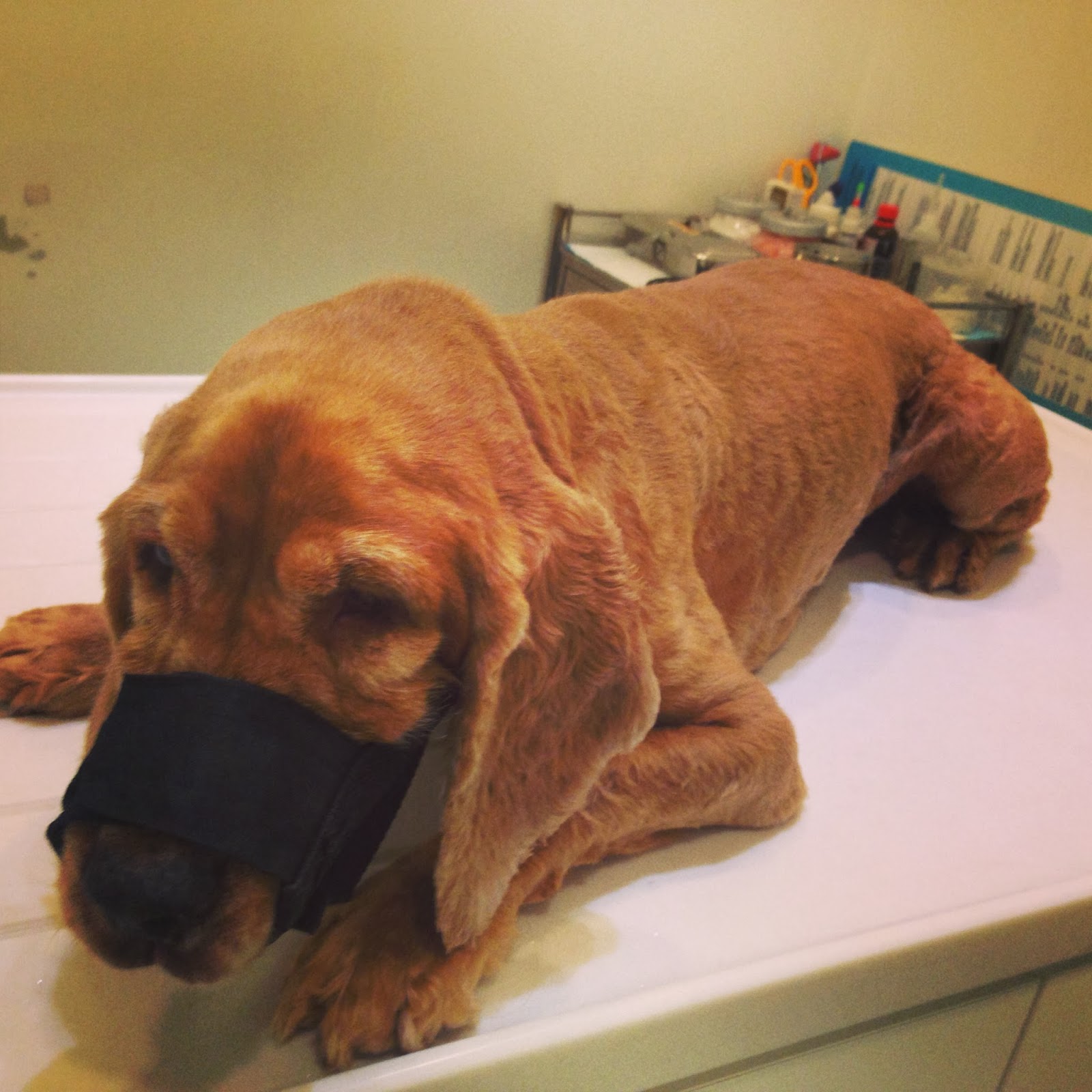 My dear dog was unusually quiet and throughout the car ride, instead of moving around and staring out of the window, he was lying down curled up next to me.  When we went into the vet’s and I plopped him onto the table, he wasn’t walking around the table and trying to be Superdog.  He merely let the vet (wo)man-handle him.

Turns out that Baileys was having a severe allergic reaction to either something or many things.  As we’ve recently changed our floor cleaner and the sofa cleaner, these might have led to a major allergic shock.  It obviously was affecting his breathing because he was wheezing too!

After he was given a shot, steriods in a coconut oil lotion and anti-histamines, it was back home where again, Baileys refused to eat.  Really heartbreaking and a cause for worry.  Good news is that once the steriod lotion and anti-histamines started working, his appetite came back and he was almost back to his usual self.  Except that this time, his eyes started getting all glued up with discharge and his skin was flaking all over.  Yup, another trip to the vet’s to do an allergy test plus a test on his lump found on his belly. 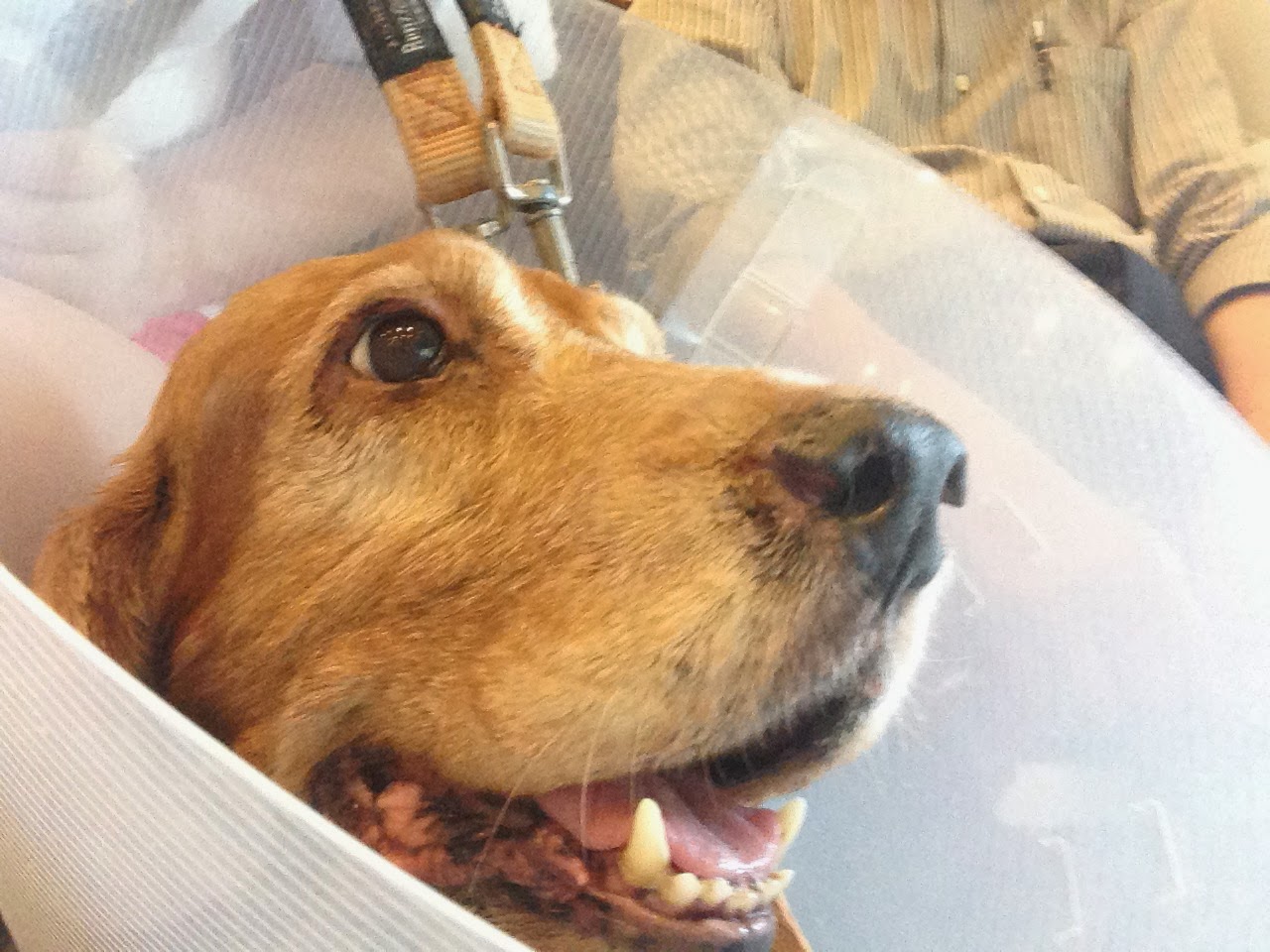 Despite the eye and itch, Baileys was almost back to his usual kaypoh self! Cone needed because he was still itching all over and he was trying to bite himself all the time.

Anyway, he did the bio-resonance allergy test (S$273) and oh my goodness…my dog is allergic to one whole long list of things! Worst of all, he is allergic to FISH, which I’ve been feeding him for the past 5-6 years!!! Ok, he could’ve developed the allergy since he’s already 10 years old but I had ordered a new batch of Fish 4 Dogs…which I later replaced with another brand/type of food, but finding that replacement took me 30 minutes trawling through ALL the brands and ALL the ingredients of each type of dry food. Why so long, you ask? Besides fish, my dog is also allergic to beef, chicken, pork, potato, wheat, barley, corn and oat! That’s almost ALL the main types of meats and staples used in dog food! Conclusion was – Baileys had a triple whammy of allergies which resulted in him being so ill.  Yes, he is allergic to the new floor cleaner (we’re no longer using it), his food, his ear cleaner (thrown out) and shampoo (uh…still trying to find the alternative). 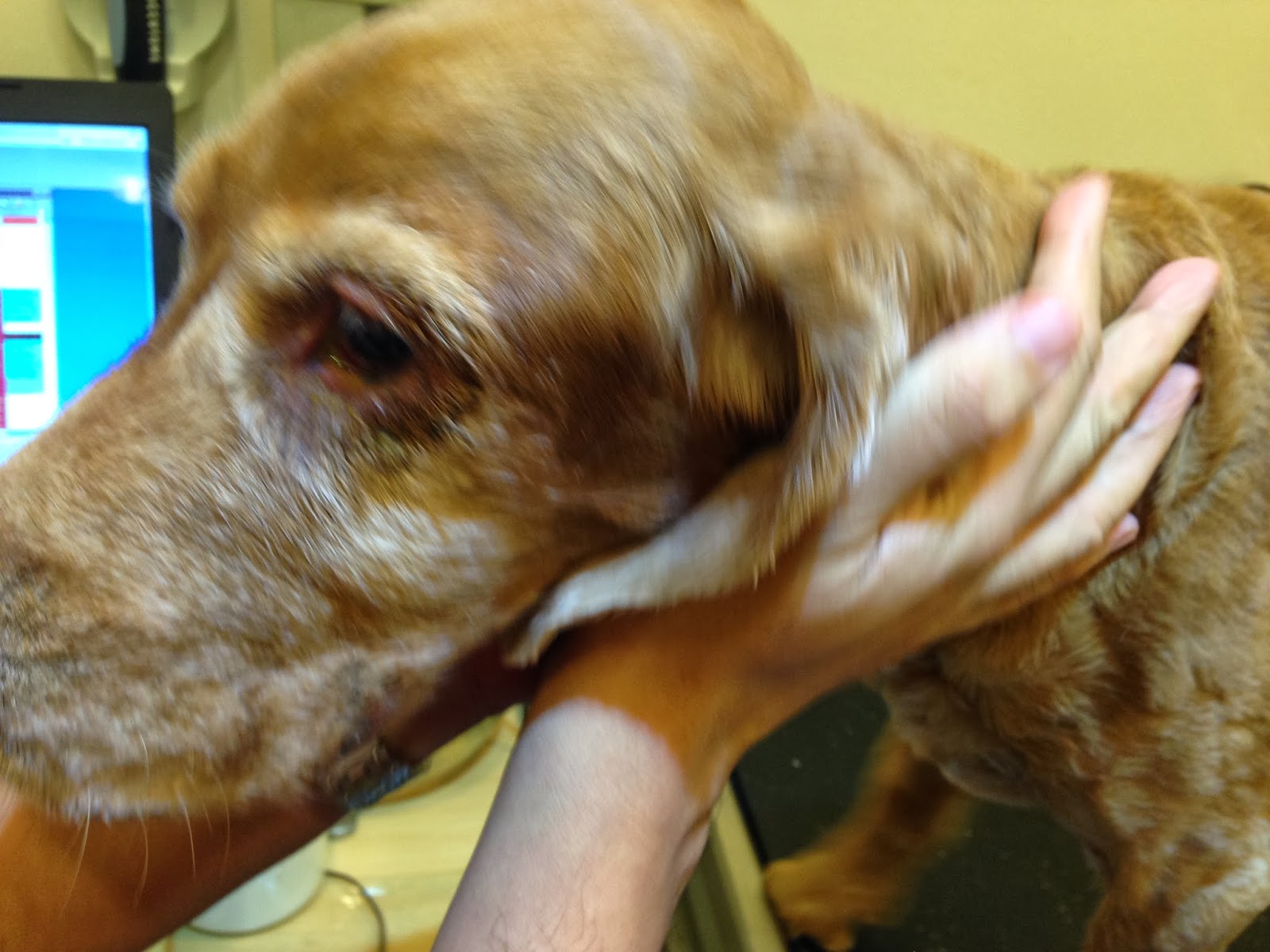 After that 1.5hr test, it was back to the main clinic area to see the vet for his eye and lump.  Remember me saying that he had a cyst removed from his left eye? That eye’s ulcer is back and is now infecting his whole eye.  Didn’t help that his eyes are also dry, which is why he has so much mucus build up.

The vet took a bit of extraction from the lump and put it under the microscope to see whether it had any abnormal cells.  While waiting for the results… 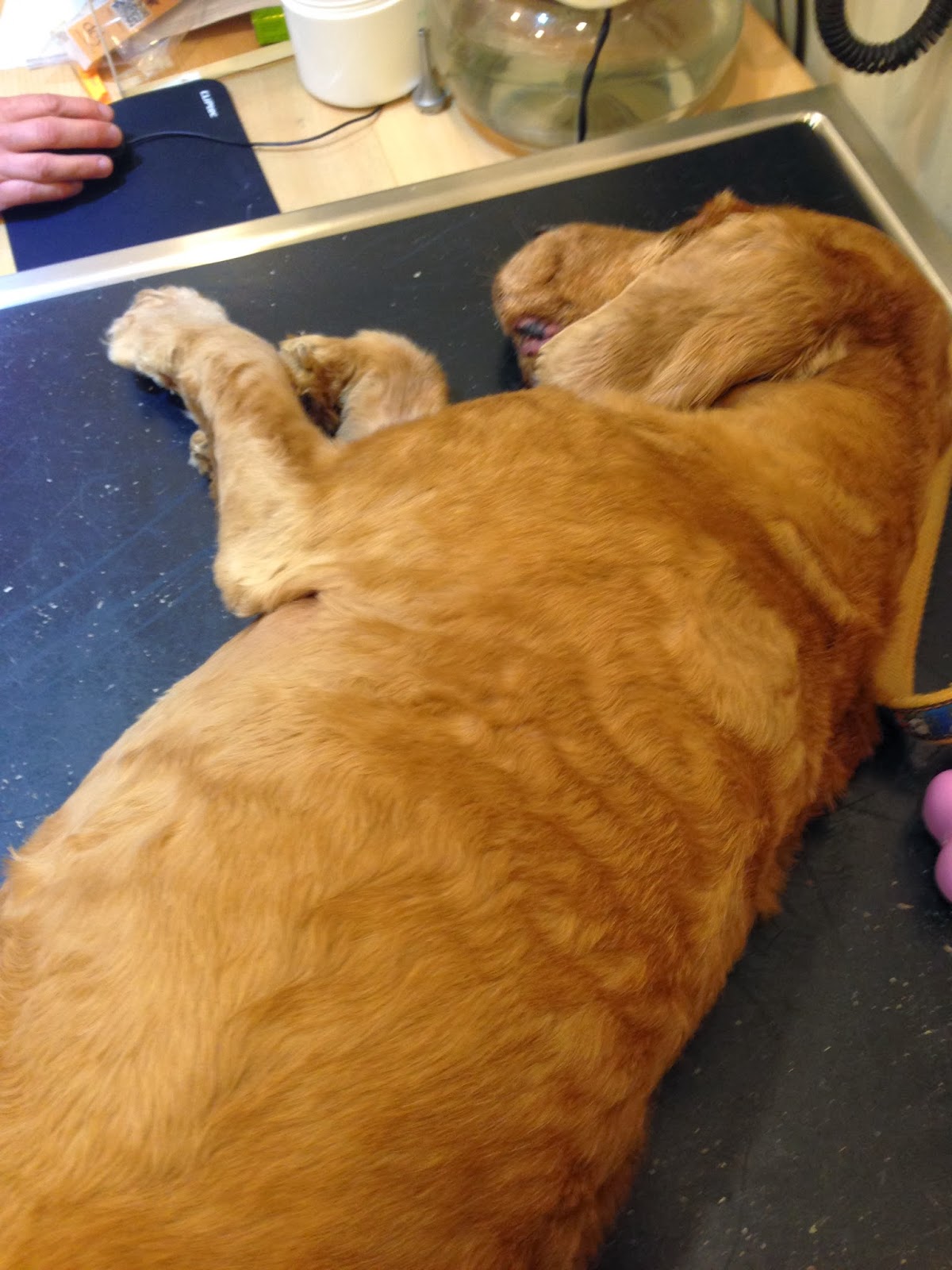 …Baileys decided to snooze.  He was snoring and even the vet’s assistant was very amused.  Old dog…must understand that visits to the vet are just *yawn* so *yawn* boringzzzzzz.  LOL.

My dog is such an angel when we’re out of the house.  He was so well behaved at the vet’s and even charmed the vet, who wanted to kiss him for being such a good boy.  He wasn’t bitey and was completely fine with all the prodding and flipping.  He only minded the florescent staining part but then he had me to rub his face against so he was still a happy dog.

I’m glad to say that my dog is back to his typical greedy self (I don’t quite miss this part) and he’s been bumping into all of us with his cone while his skin heals.  The infection in his ears are completely gone and he loves me rubbing the coconut lotion (with steroid creams) on him.  His eyes are definitely a lot better with the super expensive eye drops but it’s far from perfect.  His left eye still has thick discharge but at least his cornea isn’t angry red. What makes me happiest is that he greets us enthusiastically everytime we come home, as if he was never ill to begin with!