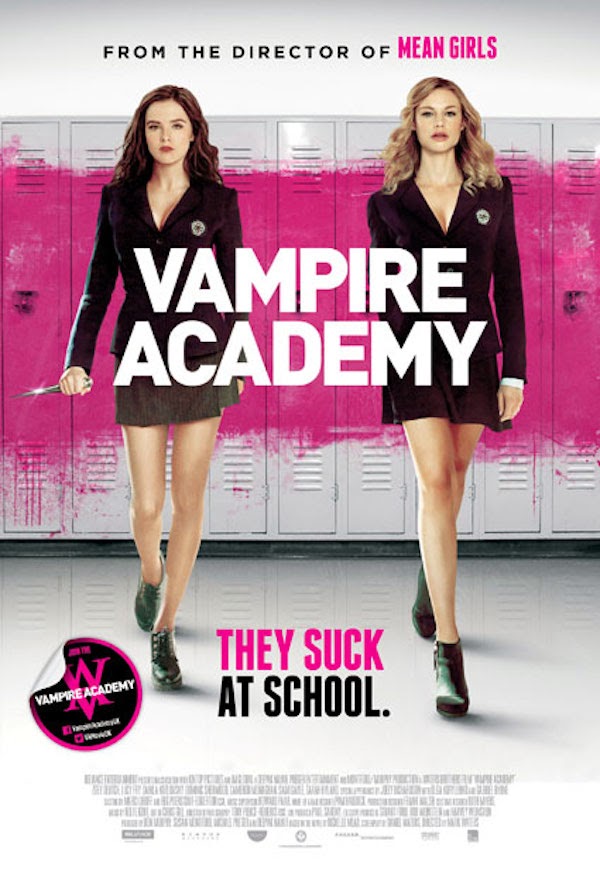 I was lucky enough to win a pair of tickets to watch “Vampire Academy” which is based on the series of books of the same title by Richelle Mead.

I had previously watched the trailers and already thought that it looked like a fun movie to watch, especially when you watch it with your girlfriends. As such, I asked Moon to watch this with me.

“Vampire Academy” tells the story of Rose Hathaway, a Dhampir, whose sole purpose is to protect the life of her Moroi (aka vampire) best friend, Princess Vasalisa “Lissa” Dragomir. In this first movie, it starts off with how Rose and Lissa have ran away from the Vampire Academy after surviving a car crash that took the lives of Lissa’s parents and brother. It was after this crash that Rose and Lissa have bonded in such a way that Rose is able to see and feel what Lissa is going through.

After 2 years away from Vampire Academy, Lissa and Rose are found by the guardians and brought back to the Academy where they have to face the threat that caused them to run away to begin with and find out who is the main mastermind.

This first movie is sort of a bit of a coming of age story for both Rose and Lissa who, after running away from it all, begin to grow stronger physically as well as emotionally. Nonetheless, it is not your run-of-the-mill cheesy teenage drama as the script is full of witty lines, quick dialogue, action scenes and of course, teenage romance.

Kudos to the director who paced the movie in a delightful manner and yet was able to flesh out each character enough for you to feel for the protagonists while leaving you with enough intrigue for the next movie. It really is a fun and entertaining movie to watch! I don’t understand why there aren’t that many showtimes for this movie in Singapore. C’mon…this is waay better than “Ah Boys to Men”!!