I’m just going to focus on 1 awesome day out in Krabi because this day was the highlight of my whole trip and is also a reminder to me that I’m a beach bum who loves the sea and sand. Haha. Anyway, my friends and I went for the 7 Island + Hong Island Snorkel Sunset tour and before I go on about the tour, a travel tip:

If you’re travelling in a group of 3 or more, BARGAIN. Also, don’t go on the half day island snorkel tour…it’s not as value for money as the full day tour as it does not include lunch and you’ll be rushed from one place to the next in a boat that is really full (we saw one double-decked boat that was packed which we nicknamed the ‘school bus’).

Original price of our tour was THB 1,500 but we bargained it down to THB 1,200. I’m not sure whether they’ll be willing to come down to this amount during peak seasons but it never hurts to try, especially if you are in a large group. I’m also doubtful about it being 7 islands…so let’s count along the way. 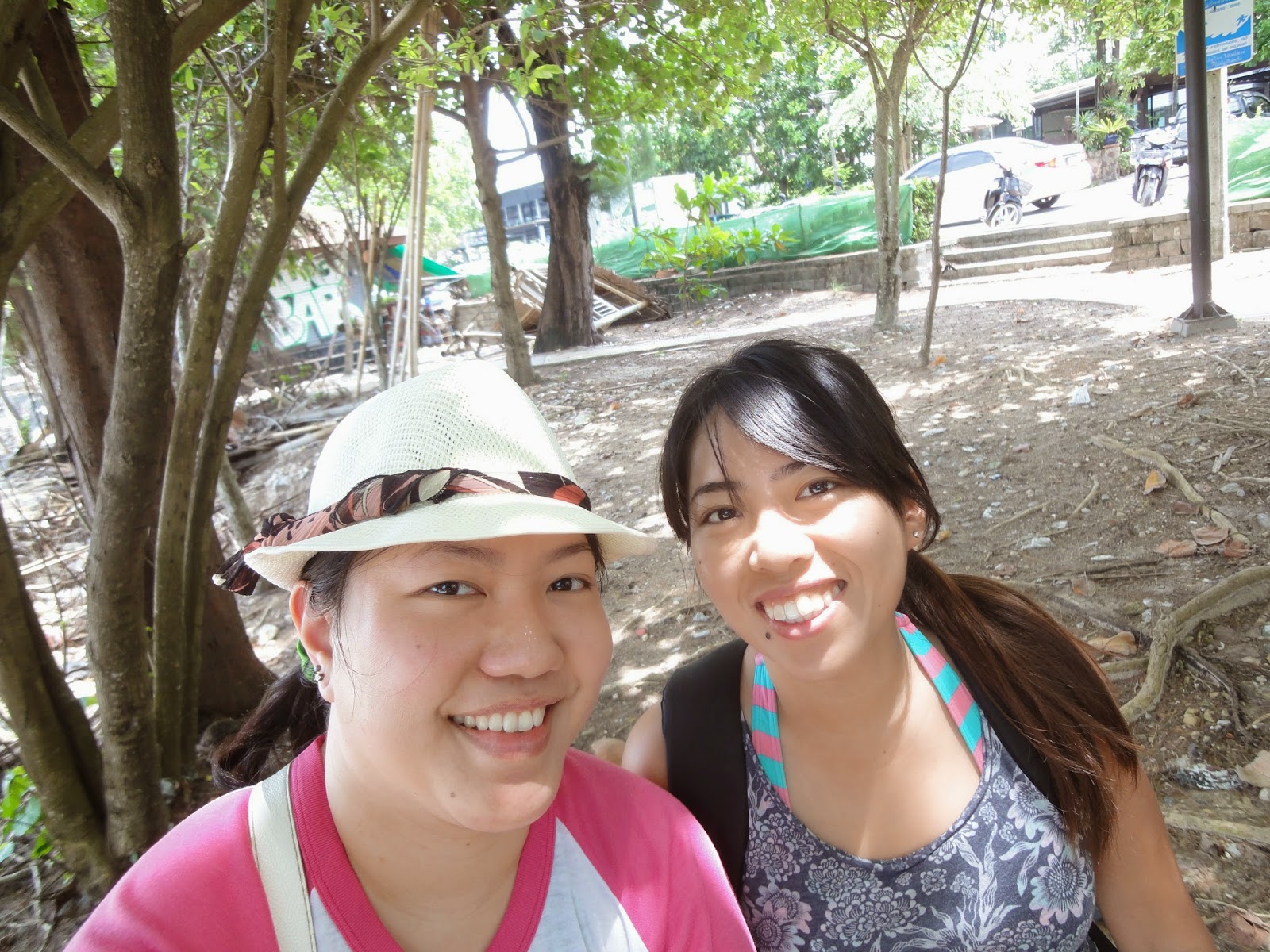 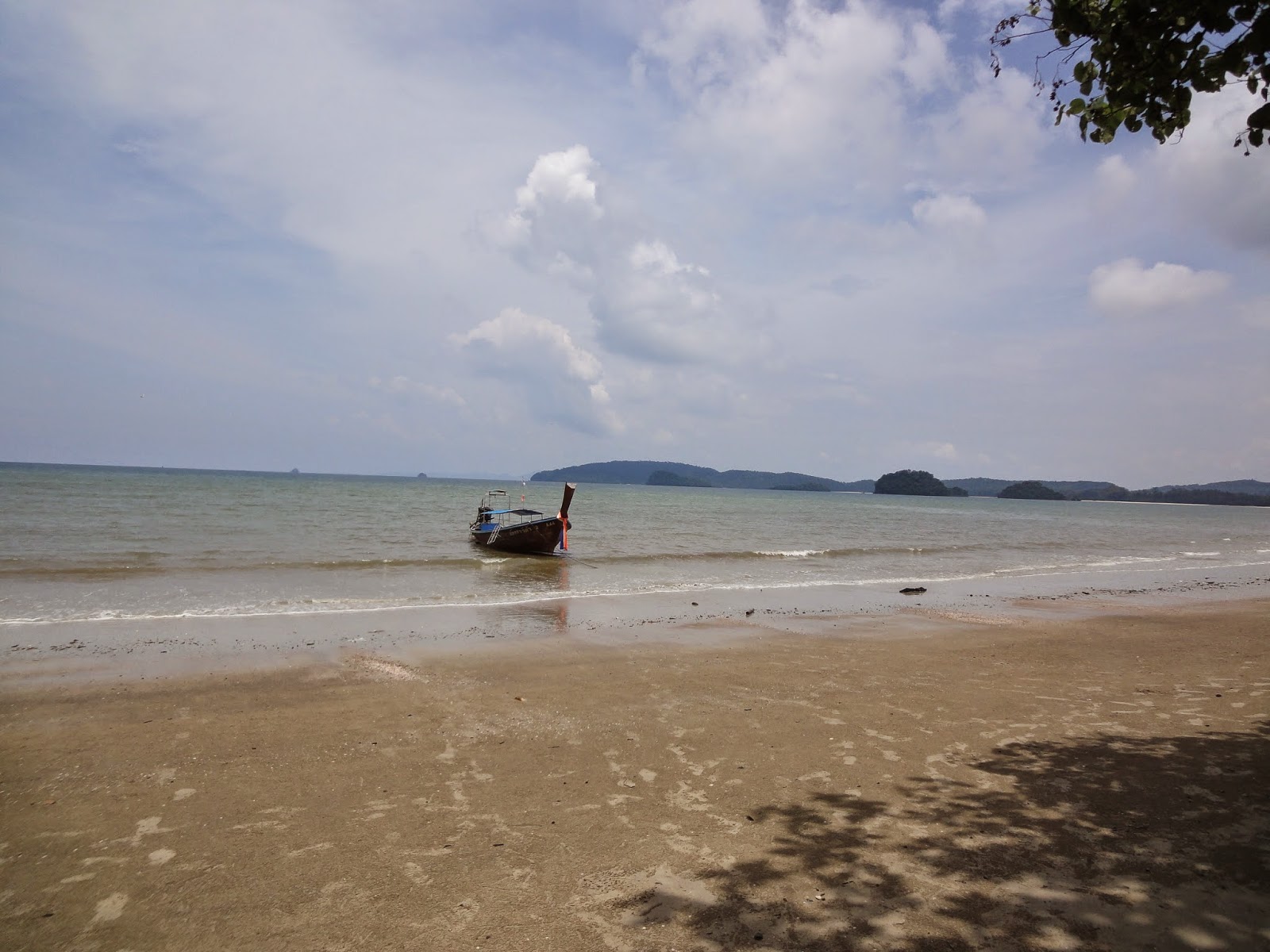 We left the hotel at 11am but we had to wait for our long-tail boat that came from Railay beach (later realised that the company is based there) where they picked up 2 others first. Our tour felt like a private one because in the end, there were only 8 of us – 4 from Singapore (yes, that’s us), 2 from Spain and 2 from England. Lucky for us, the weather was nice and clear – meaning that we’ll get clear and calm waters! 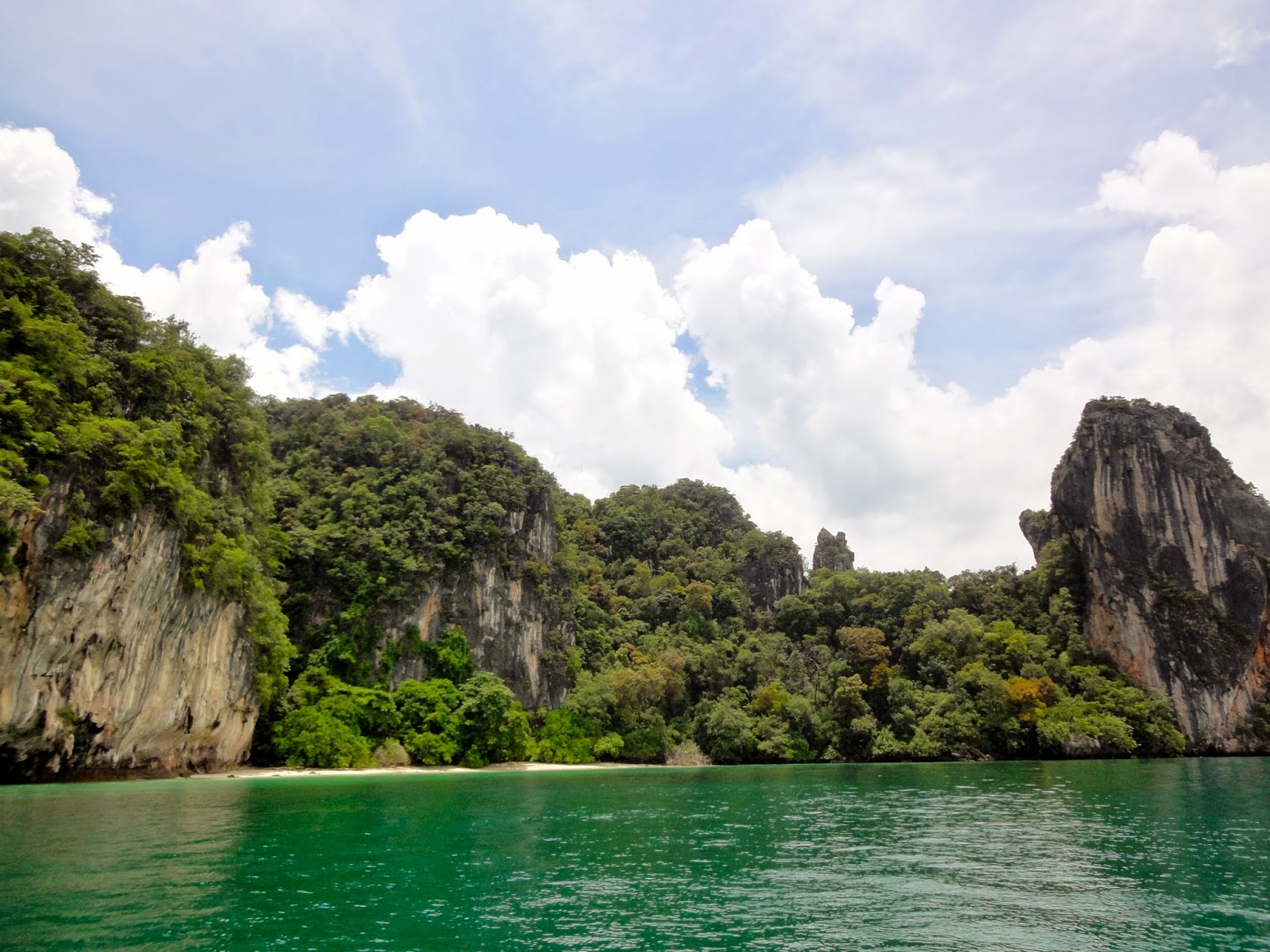 First stop – Hong Island. It feels more like a cove that is surrounded by limestone cliffs. Reminds me a little of Halong Bay in Vietnam. 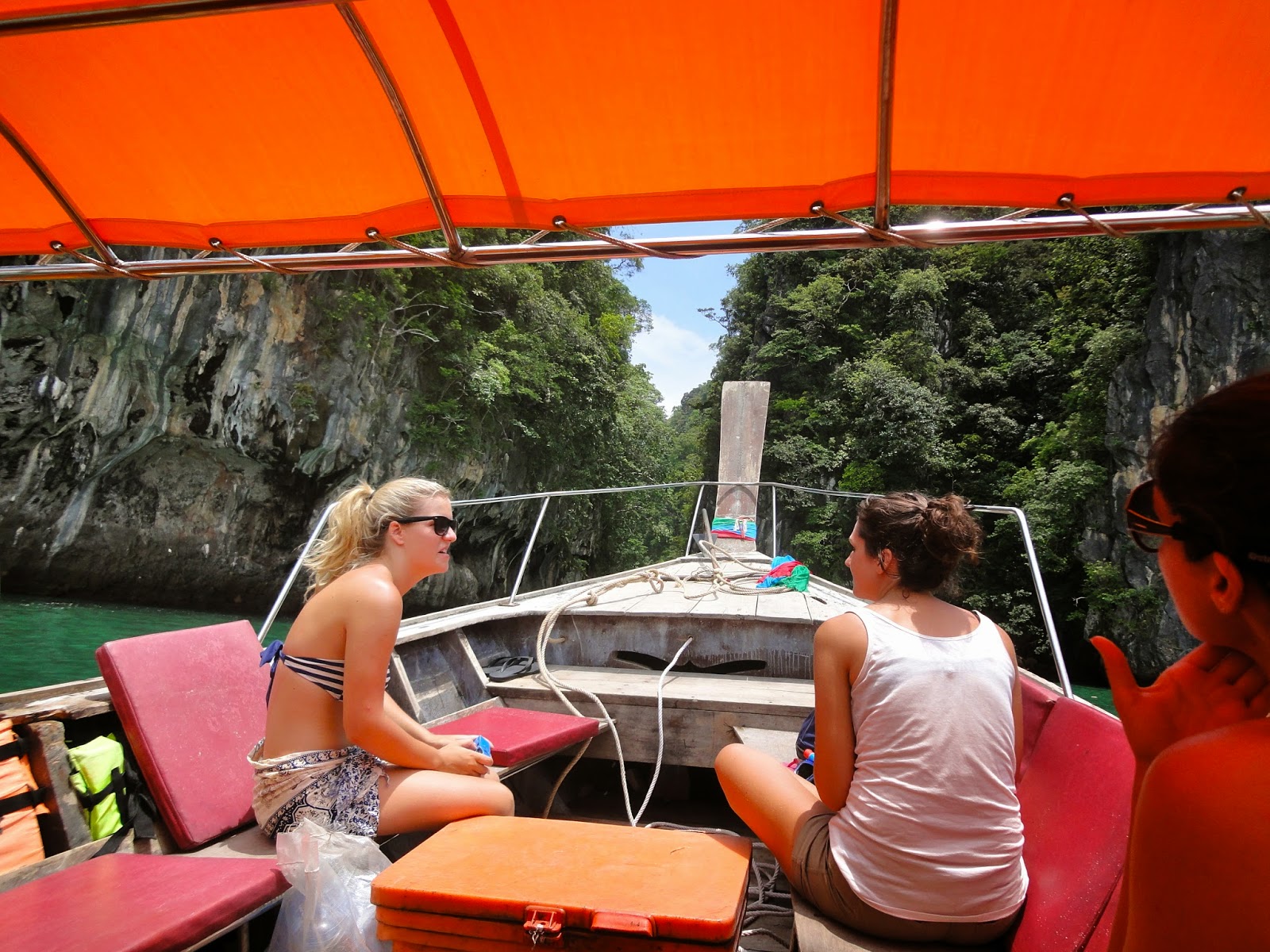 Entering the mouth of the island, we are greeted by emerald green waters with a mangrove at the very far end. 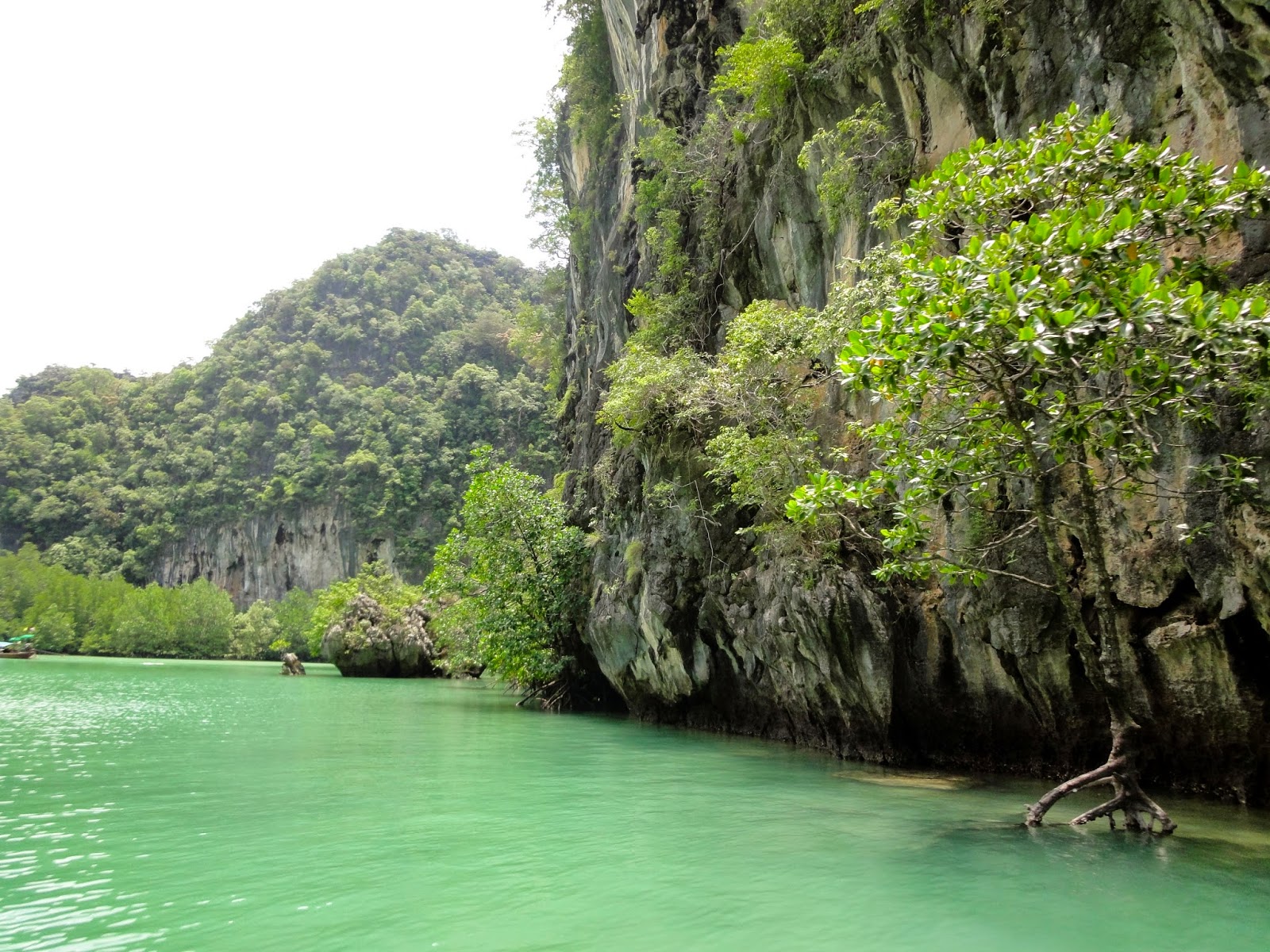 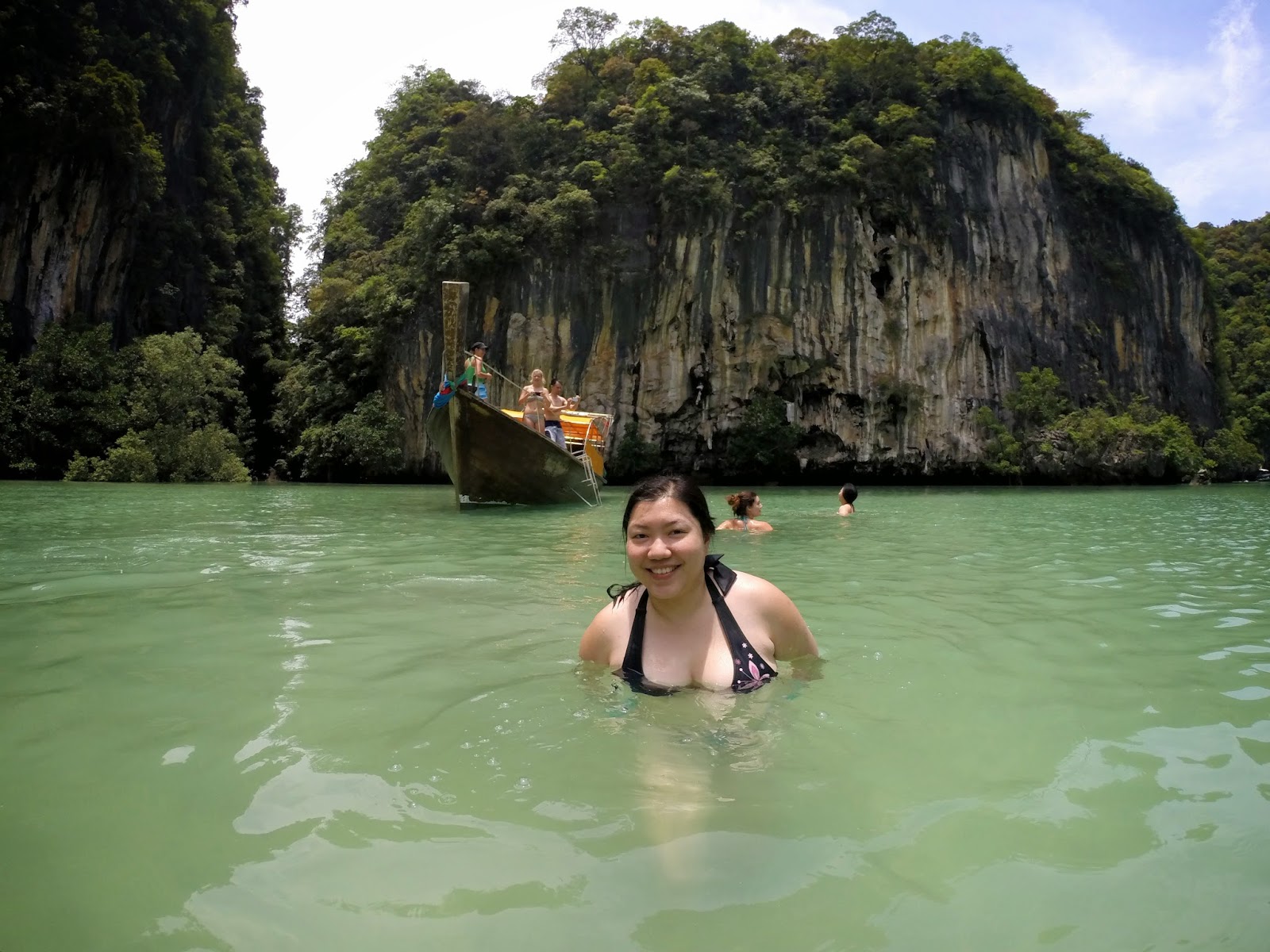 First swimming session! The water was at high tide but only reached my chest at the deepest point (middle of the island) and the warm waters just made it feel like our private wading pool. It was so relaxing and a great introduction to things to come.

After Hong Island, we headed off to another island whose name I can’t remember but that’s the first island that we saw fish at the shore! So this is island no. 2. 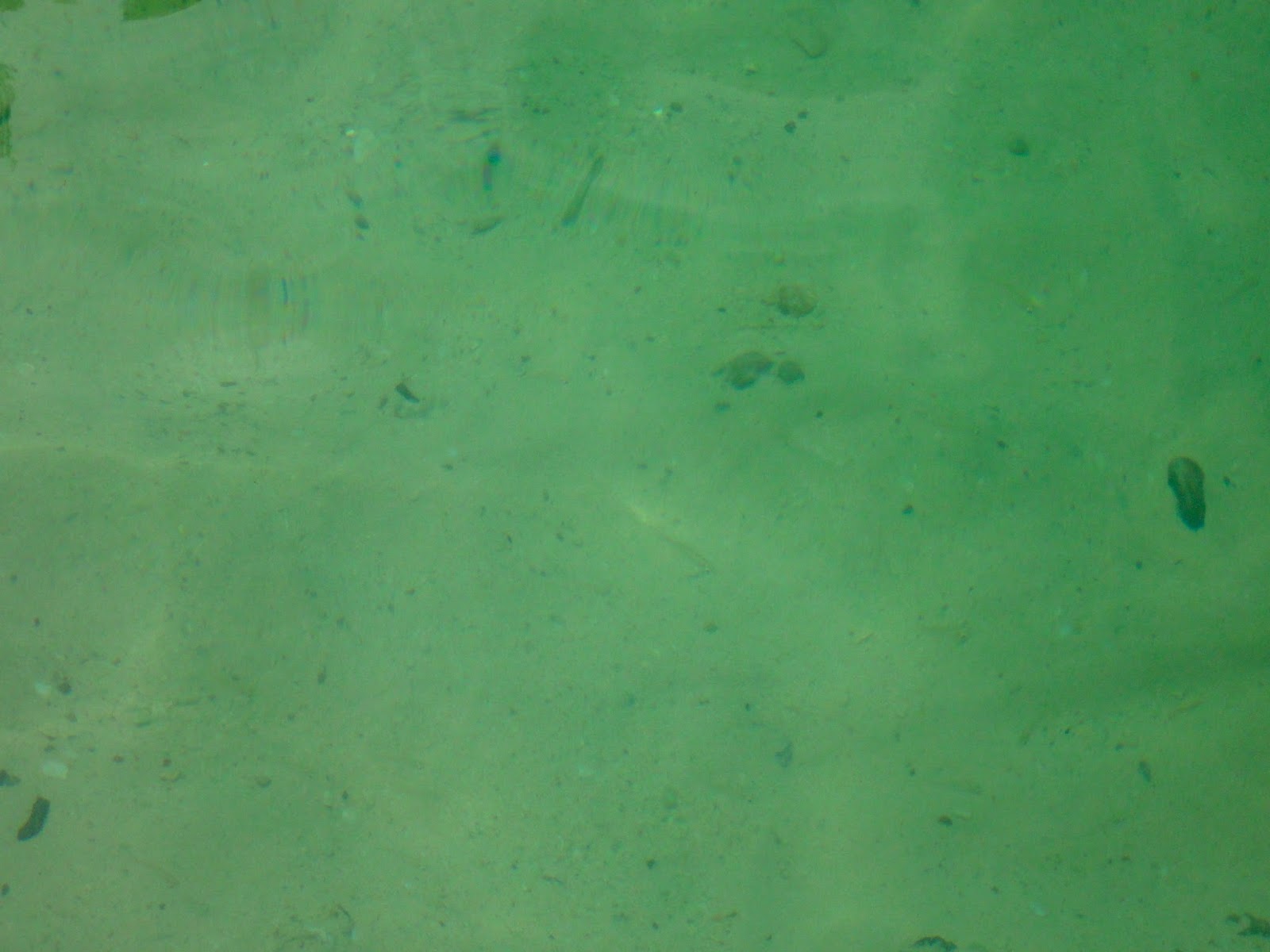 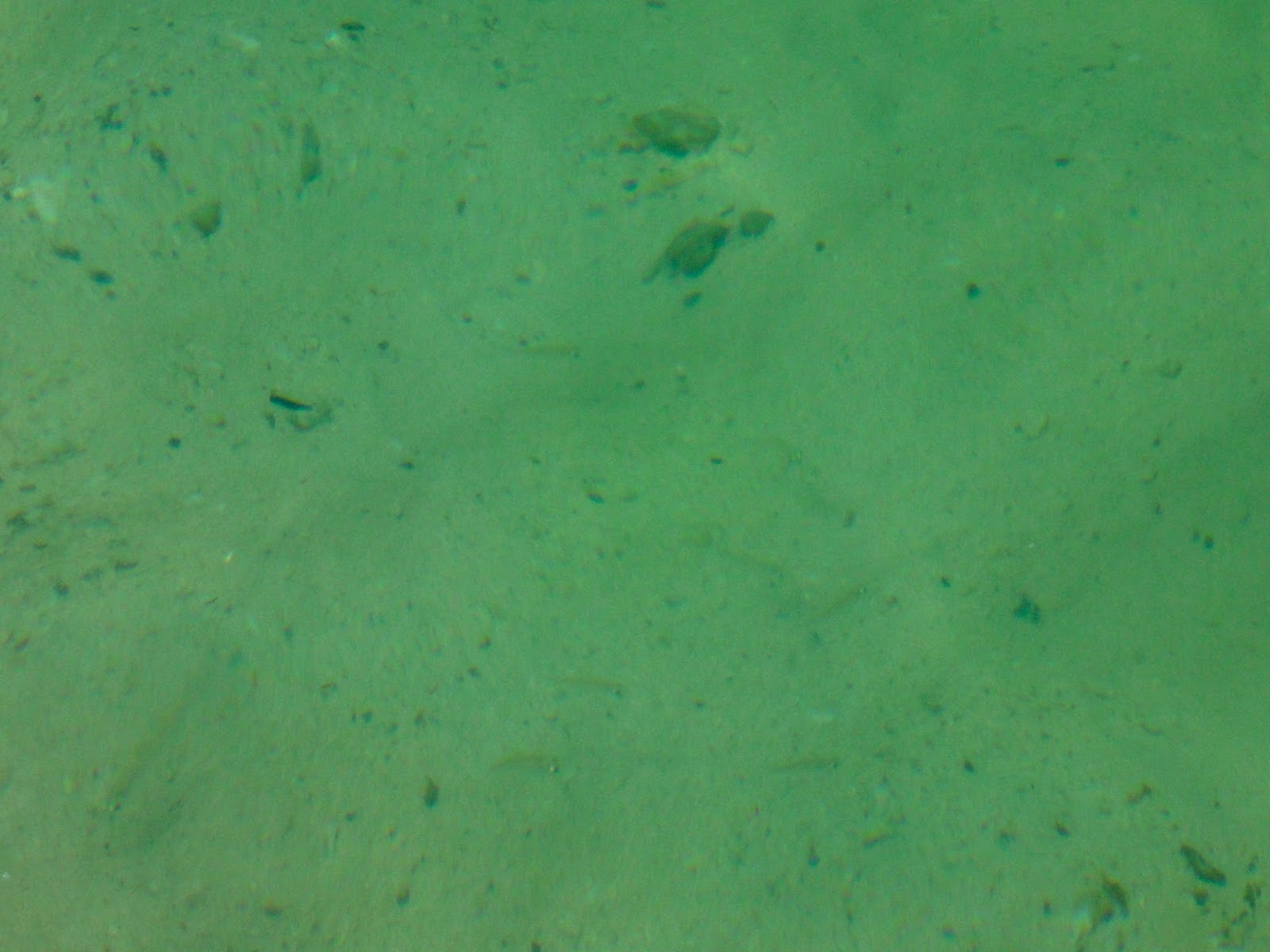 Pardon the bad photos…those fishes aren’t easy to capture from the boat. This was also our lunch spot where we were each given a pack of fried rice that could easily feed 3 of me. But I guess if you’re very hungry and have a huge appetite, you’d appreciate the serving size. 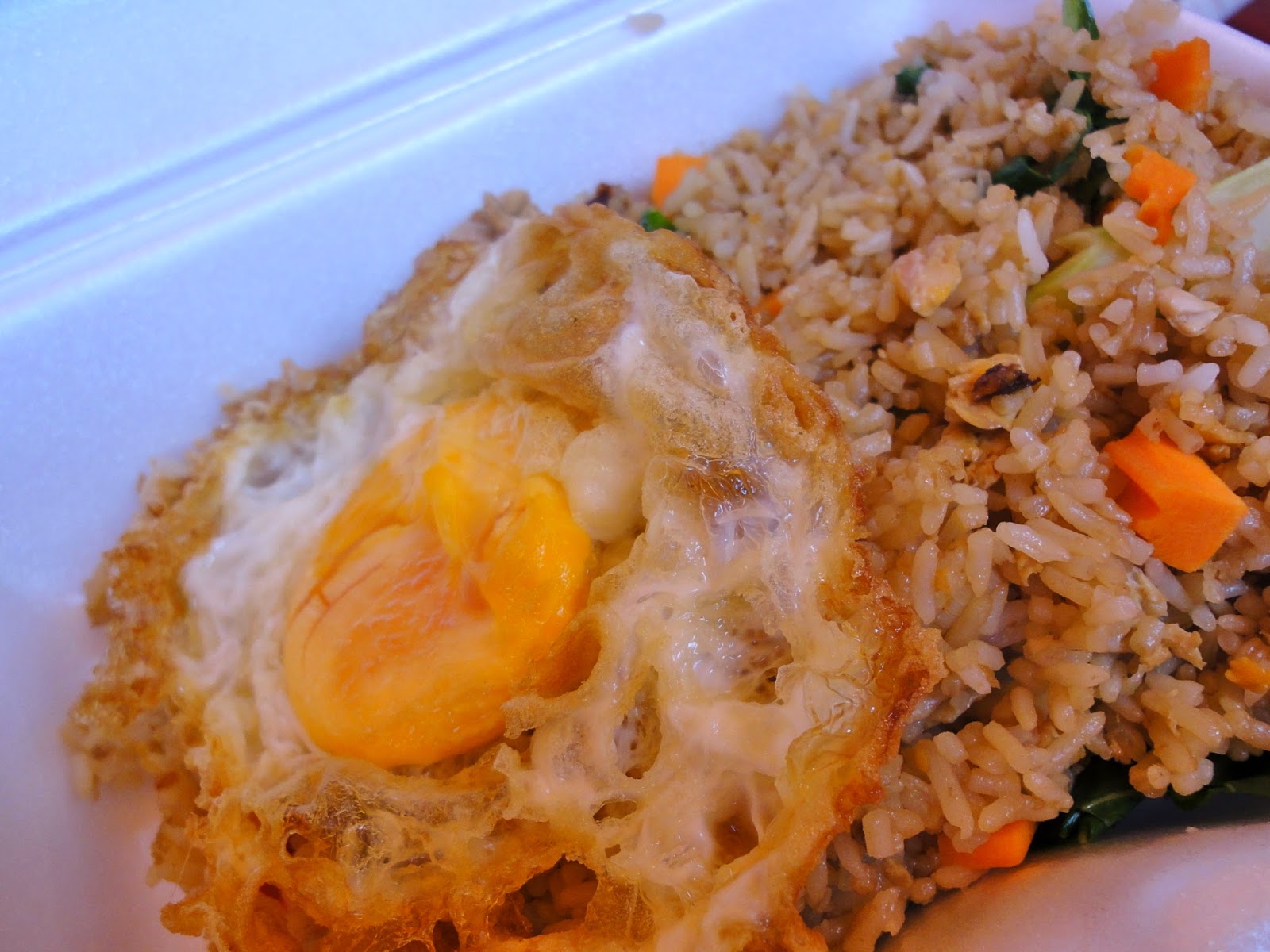 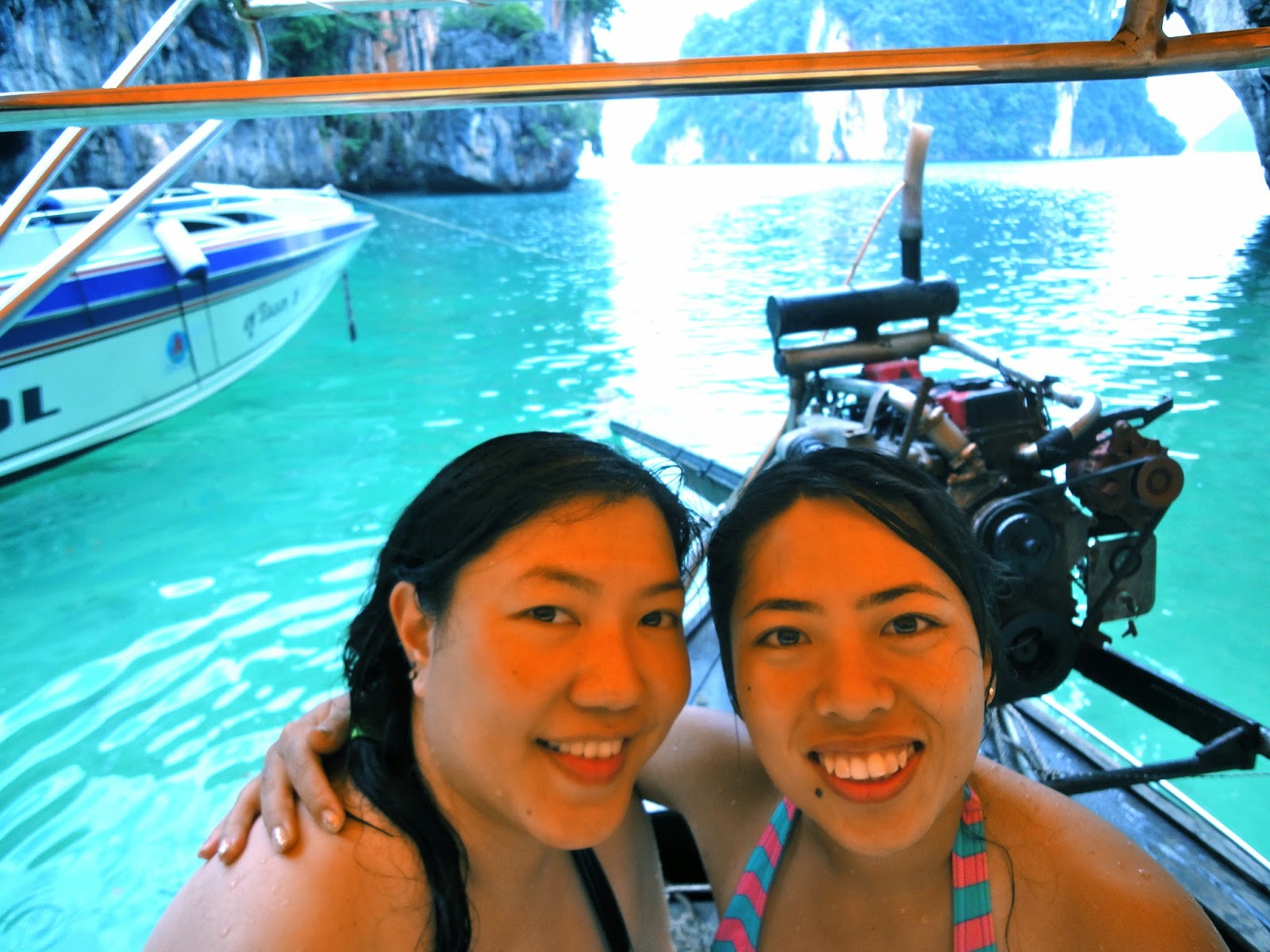 After this island, we headed off to Deang Island (island no. 3) which is distinctive due to its red stones. With the deeper water, we could definitely see larger schools of fish and larger fish in general. 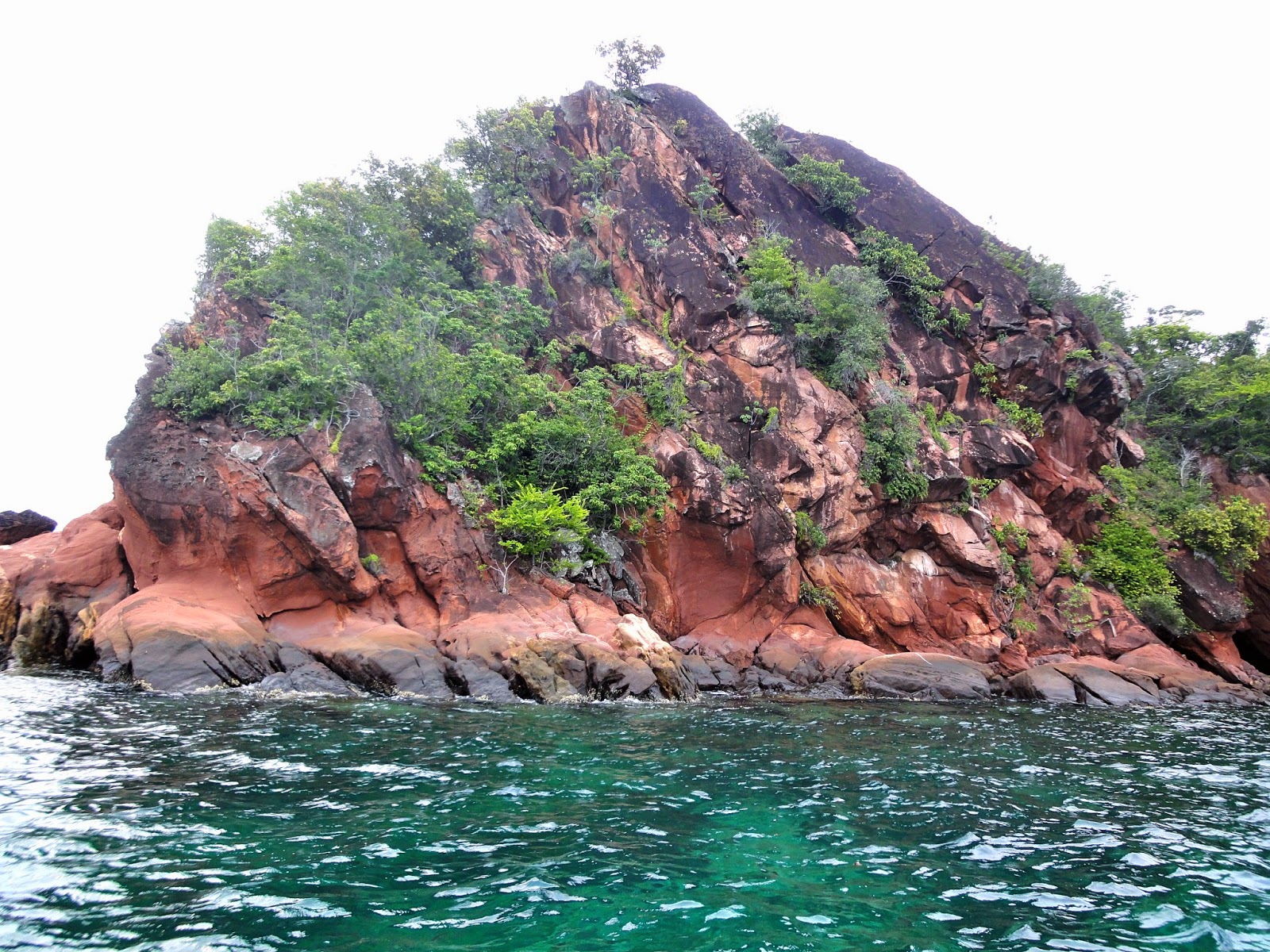 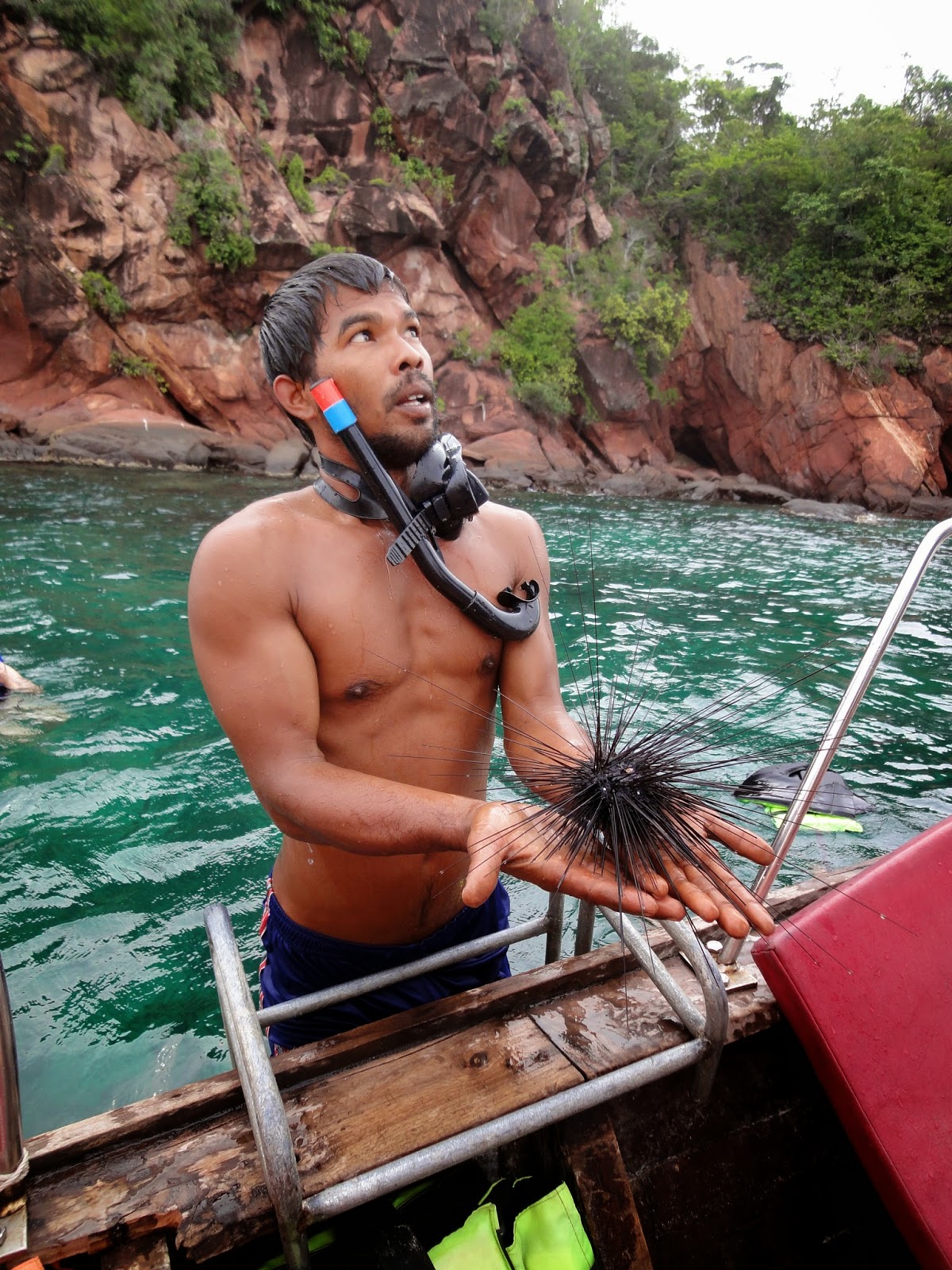 Our boat driver dived and brought up a live sea urchin where we could see it moving its spines! Really cool and we Chinese couldn’t help but ask him whether the Thais eat Uni (sea urchin) and then went on telling him how uni is really tasty. Don’t worry, we didn’t eat the sea urchin or its buddies. The sea urchin was returned to its home at the bottom of the sea too. 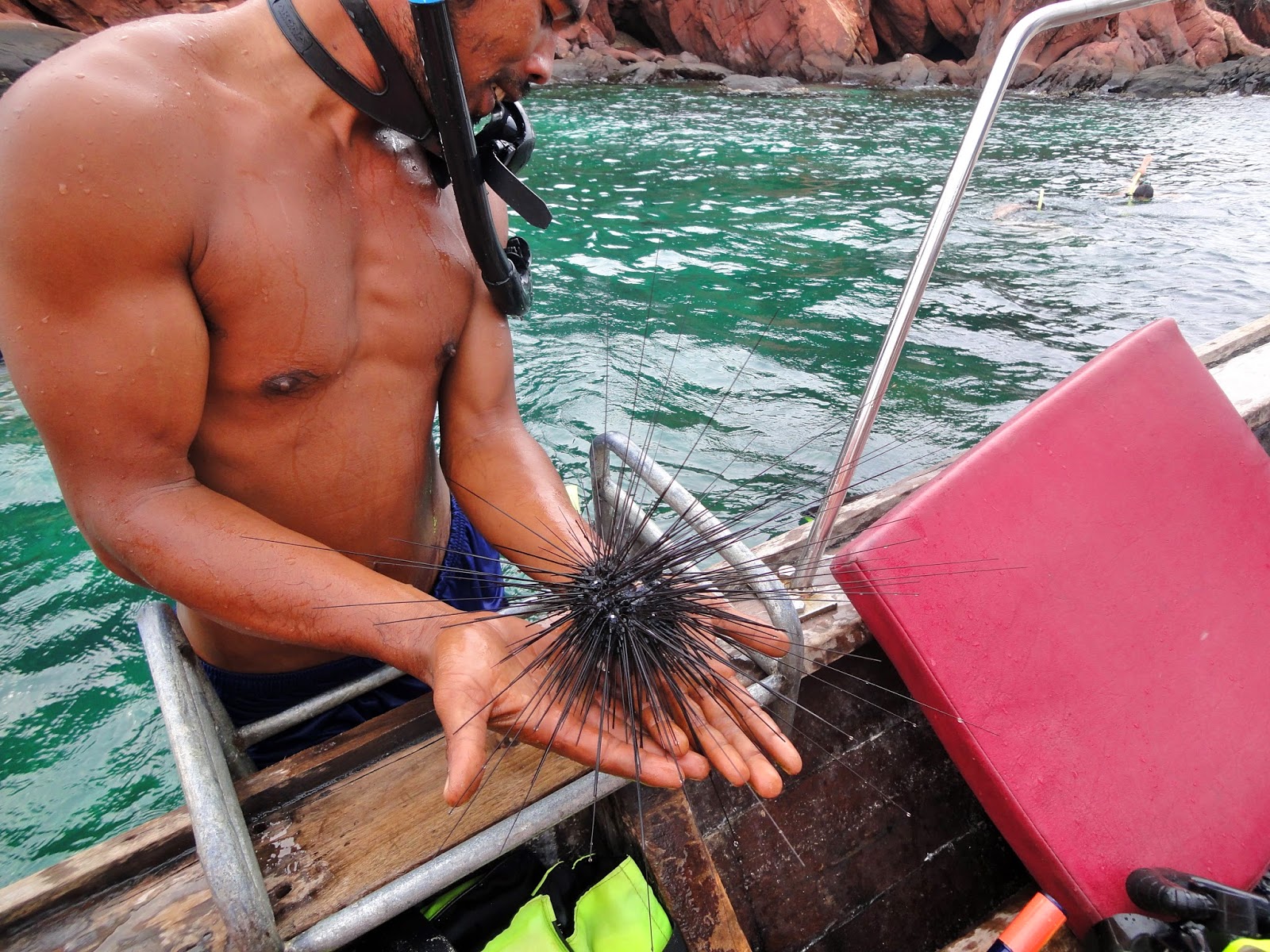 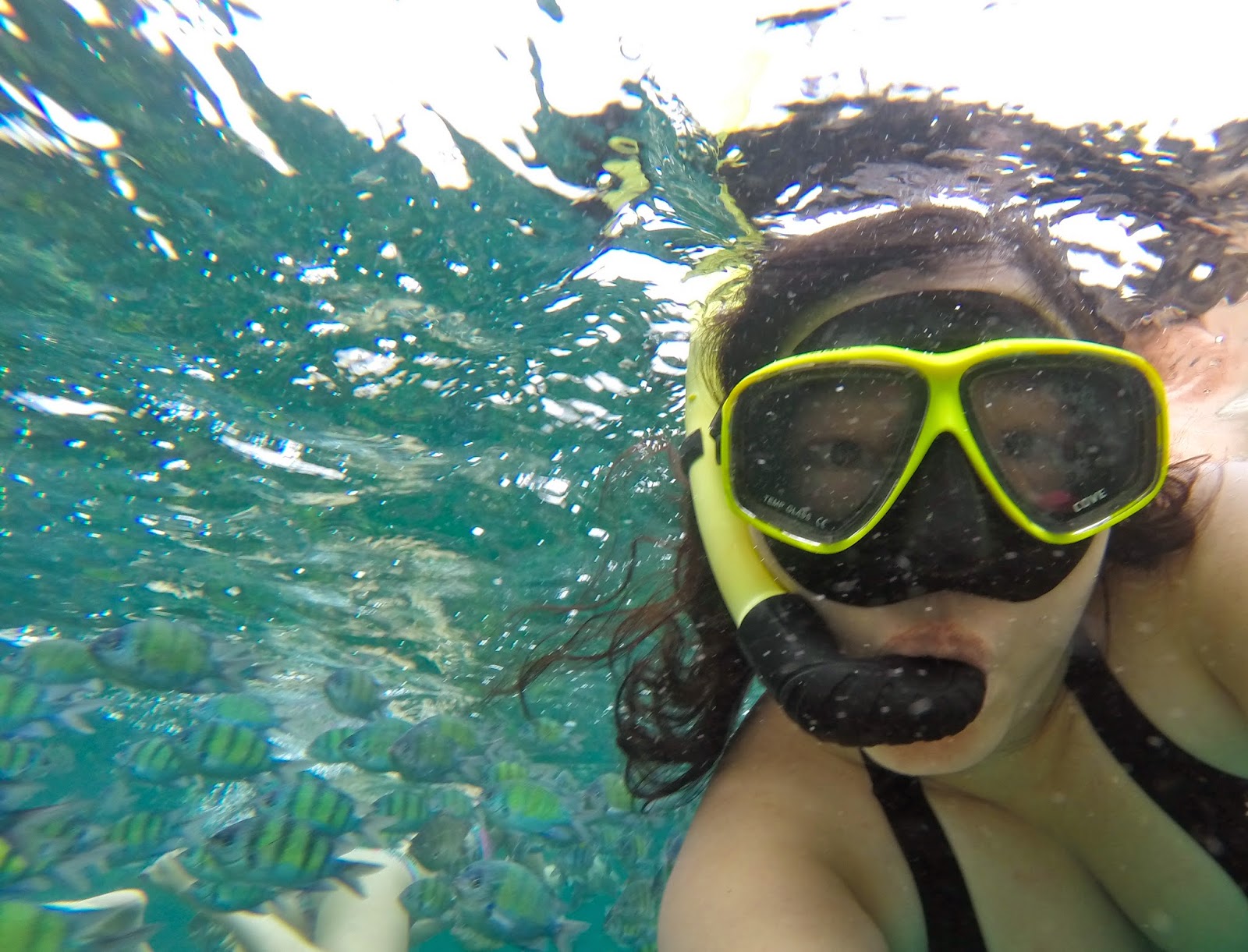 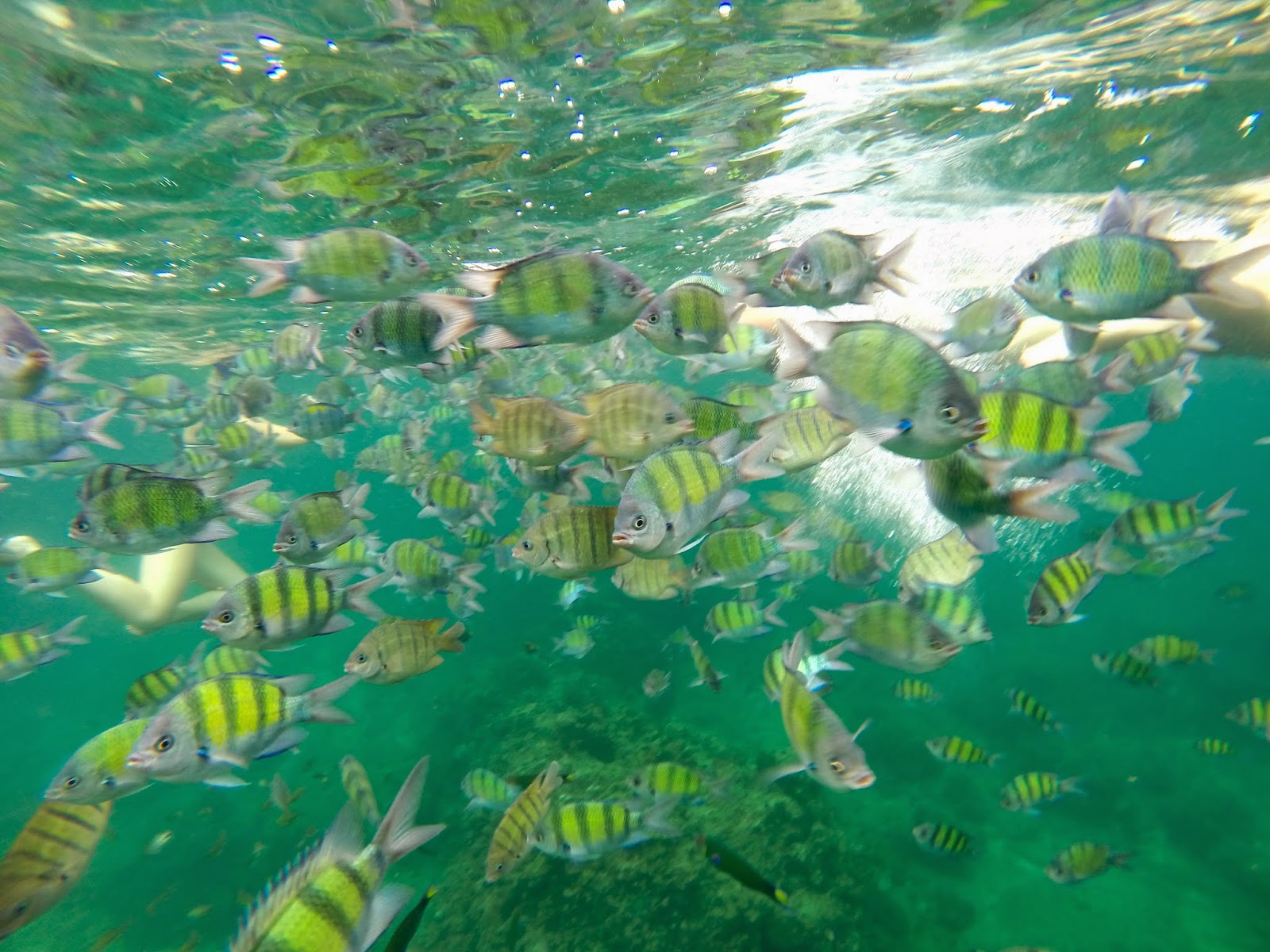 As you can see, the clarity of the sea here is a lot better than the previous island. Possibly because we were in deeper waters and there was less sand flying around. I must say that the sea water here is super super salty. Saltier than the sea at Ao Nang beach. I wore a different set of snorkels later and some water got into my mask and when I tried to get rid of it, salt water entered the breathing pipe which then caused me to sputter and tread water like a mad woman. Needless to say, my friend went, “Mel, are you ok?” I also lost my hair tie here. Oh well.

The sea at this part was a little polluted and we managed to pick up quite a bit of litter (my hair tie not found). As all 4 of us were divers, we were quite conscientious about picking them up and chucking them into the boat’s designated rubbish bin. The corals were also half dead and although they were not bleached, they lack vibrancy and were brown to black. 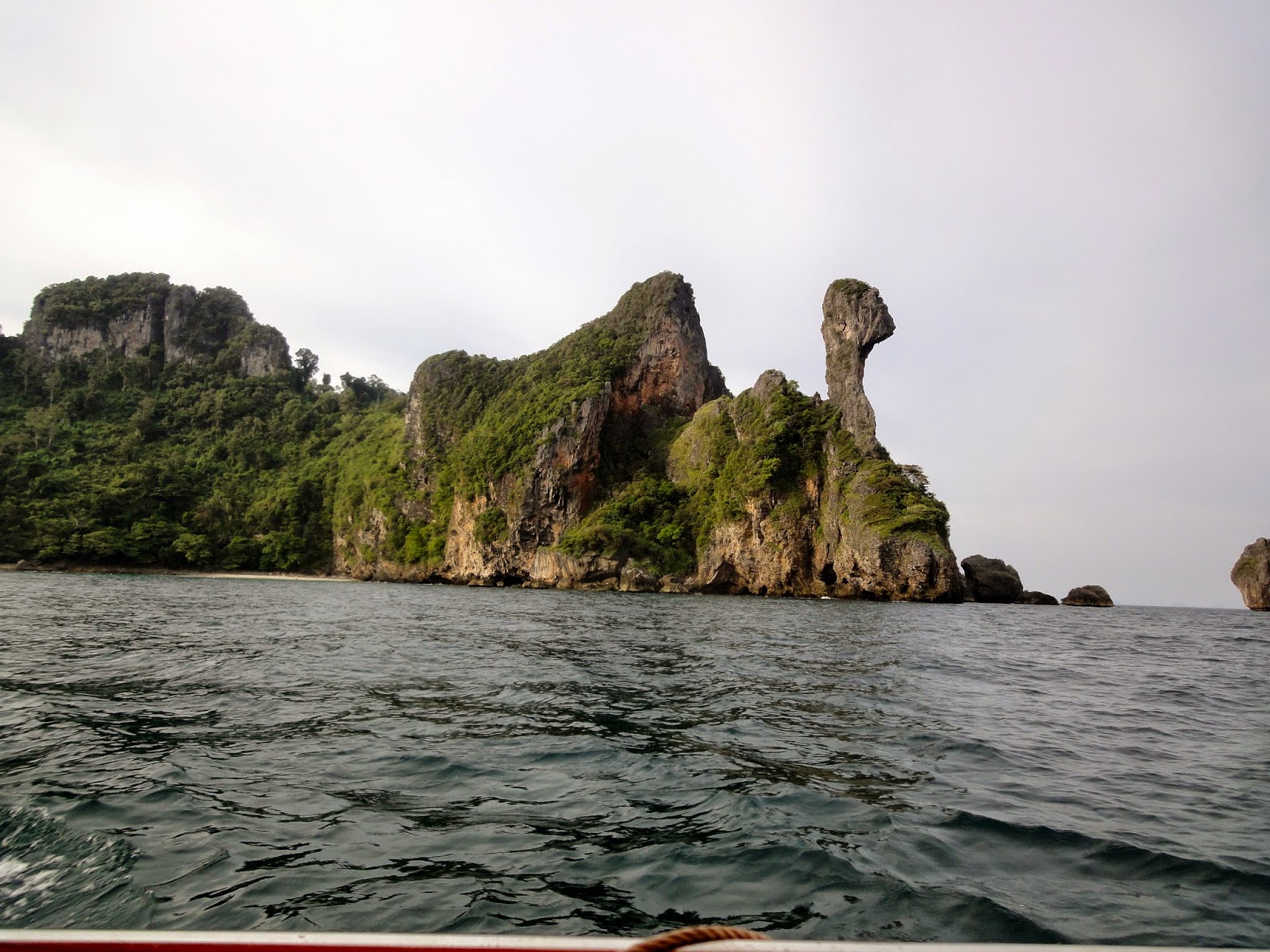 After Deang Island, it was off to Chicken Island (island no. 4), so-called due to it’s Chicken Head as seen above. The snorkel area was at the chicken’s bum where the water was clearer and also more shallow at approximately 5m deep. 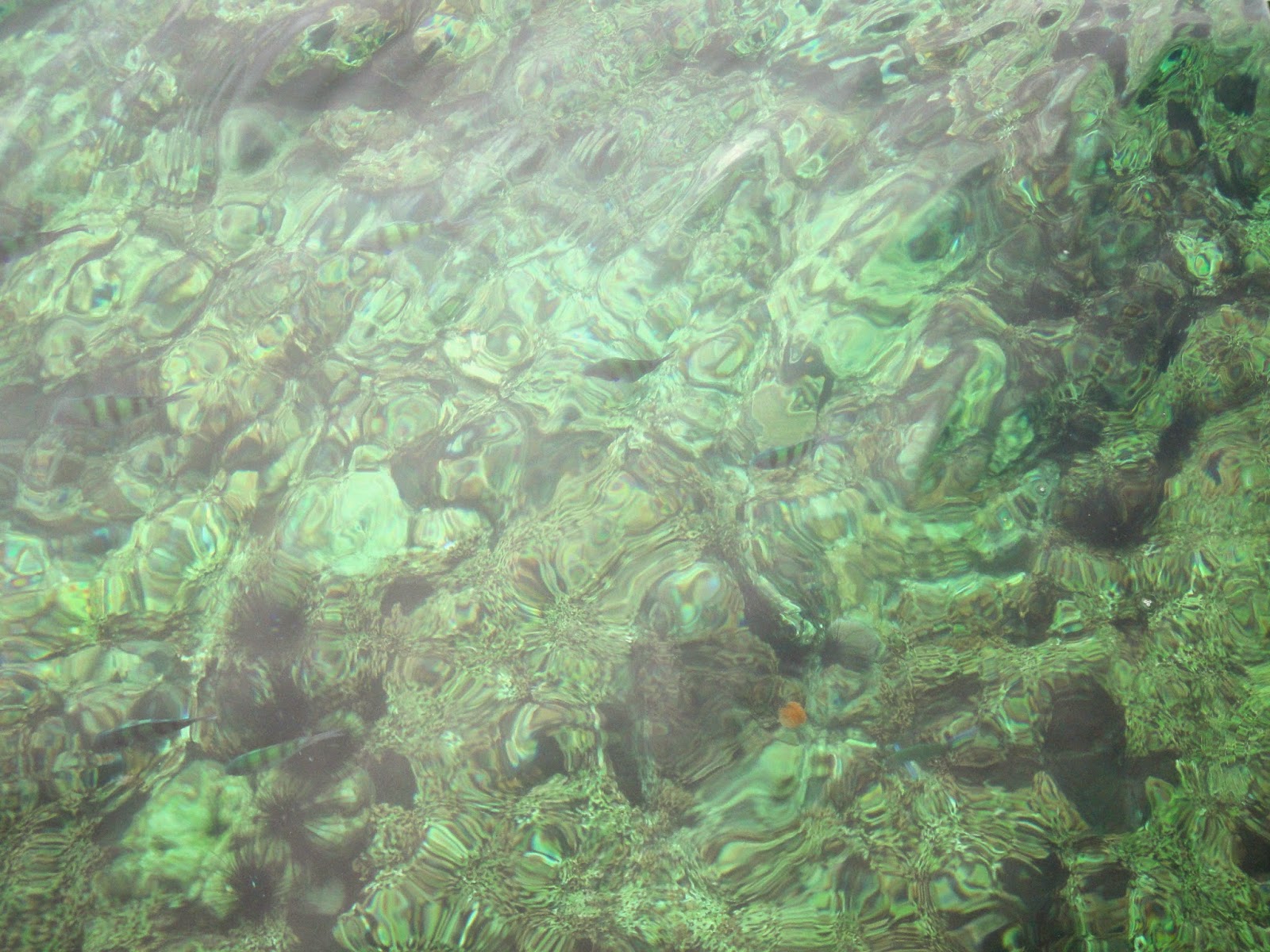 The corals here were a lot healthier and there were A LOT of sea urchins on the sea bed. The whole time I was snorkelling, I kept telling myself, “Float….float…don’t sink…don’t go near the sea urchins.” I thought that I was the only one until the 4 of us were talking and realised that ALL of us were thinking the same thing. LOL.

I managed to see a crab picking food off some rocks, angel fish and some other striped fish. My friend saw a grouper (she said that it was larger than dinner size…see, we do tend to think of them as food) while her hubby saw a giant clam. 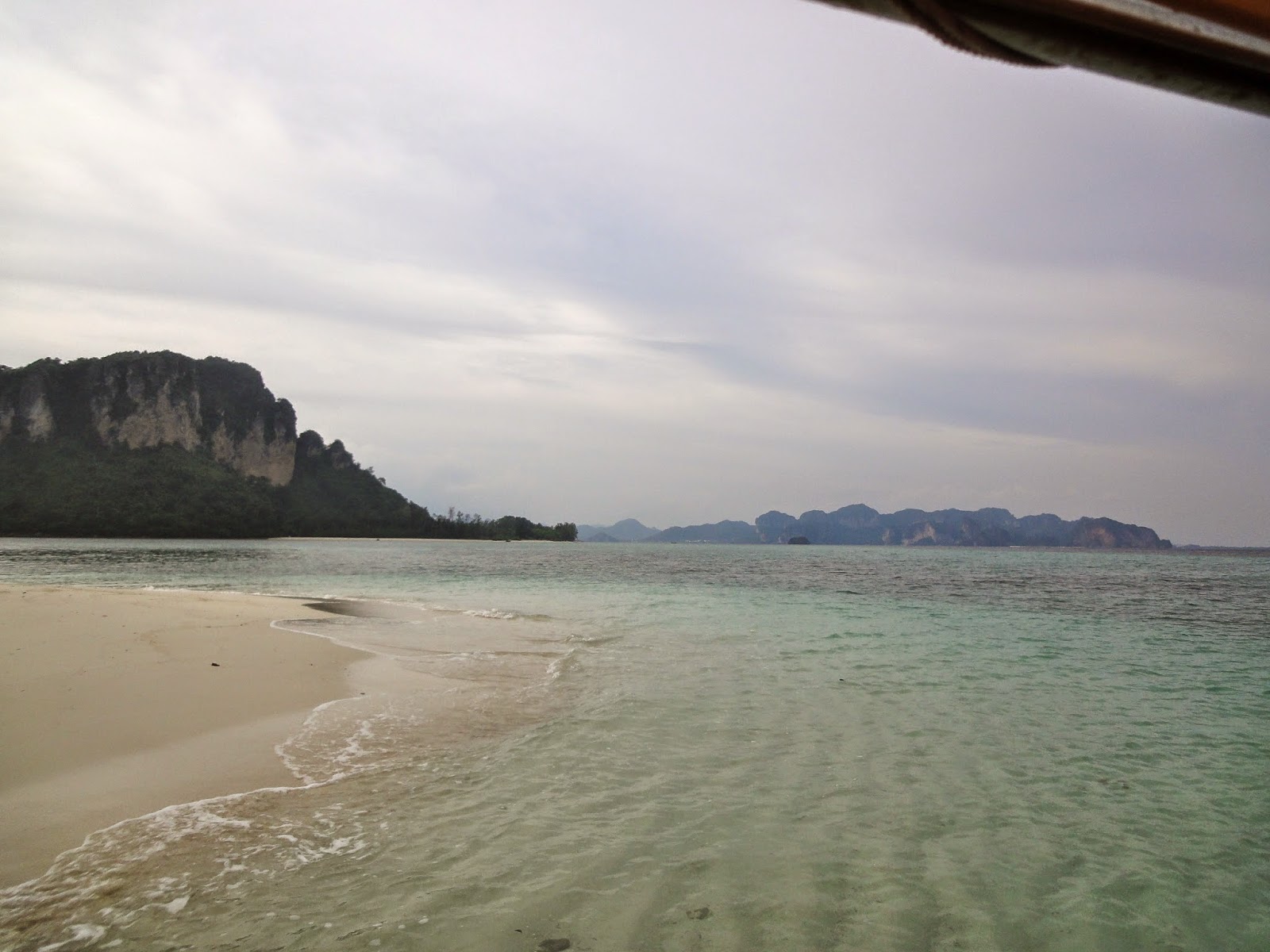 Soon after, we headed off to Tup Island (its now island no. 5) and this is my favourite island so far.

Why is it my favourite island so far? It’s because Tup Island is connected to another island by a sand bar and it was really magical that the waves on either side of the sand bar were coming from opposite directions! You really felt like you’re walking on water in the middle of the ocean! 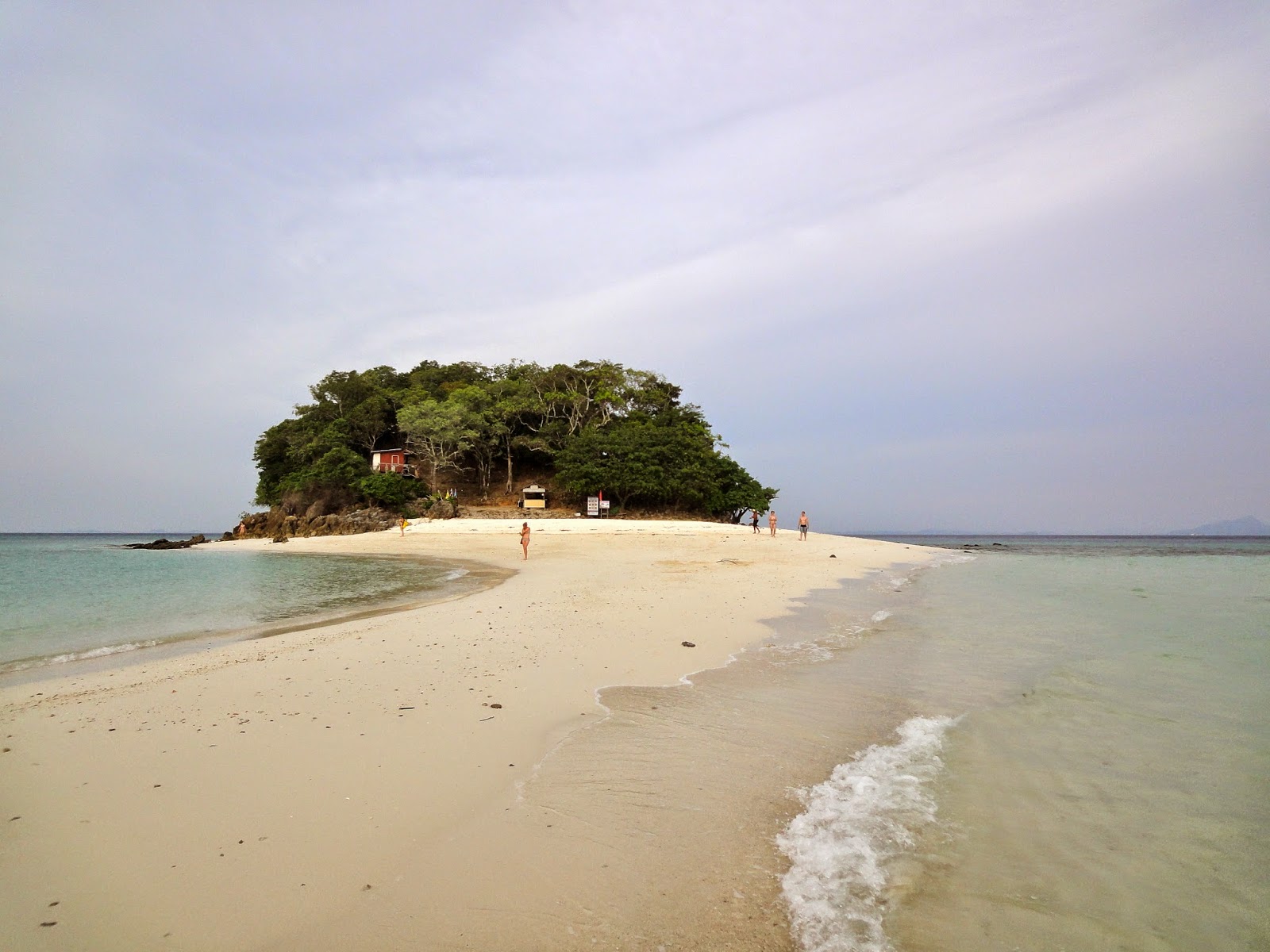 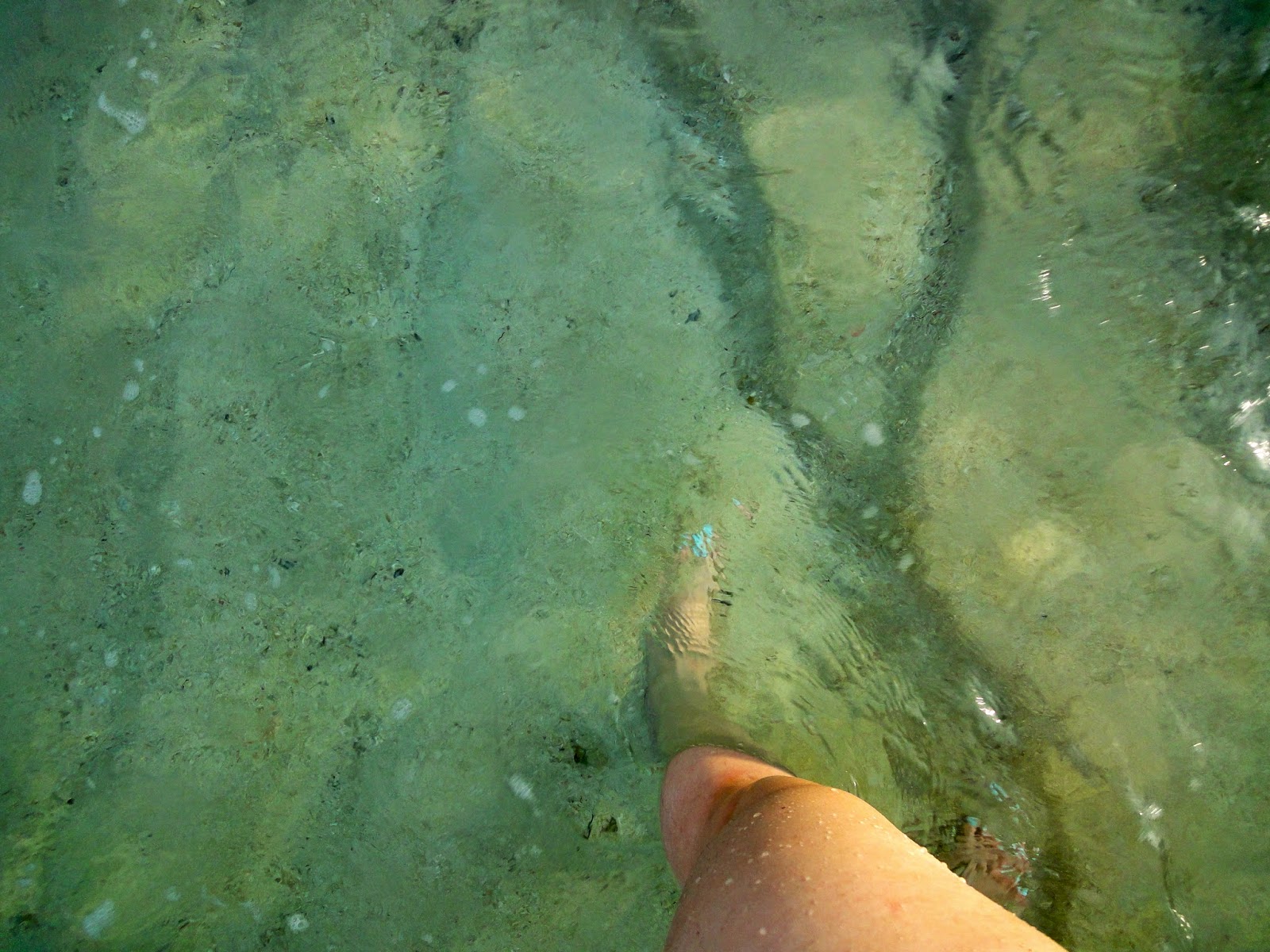 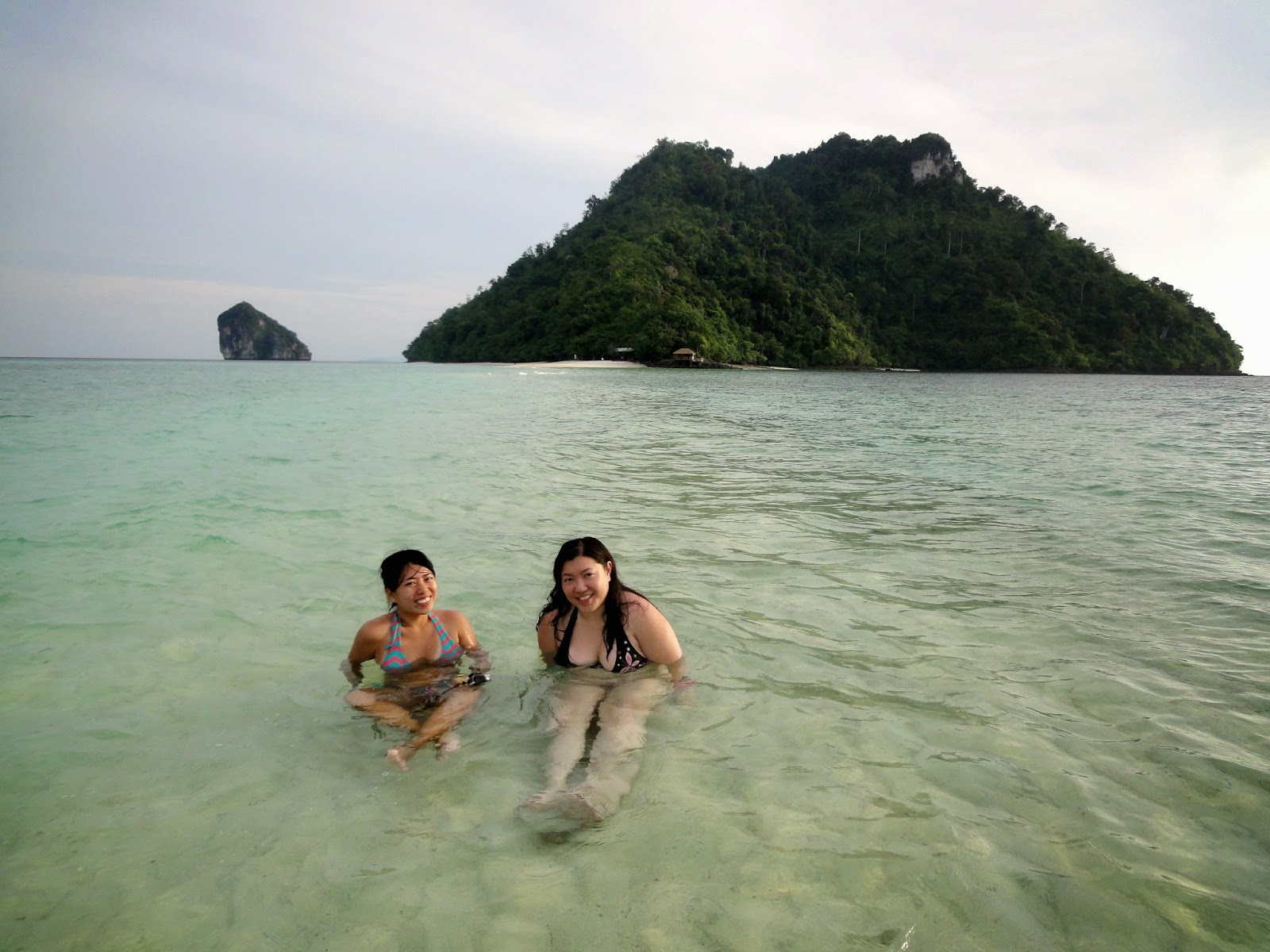 Was sad to leave Tup and was already saying out loud that it would’ve been the perfect place for a BBQ and private dinner but we do need to visit 7 islands so off we went! 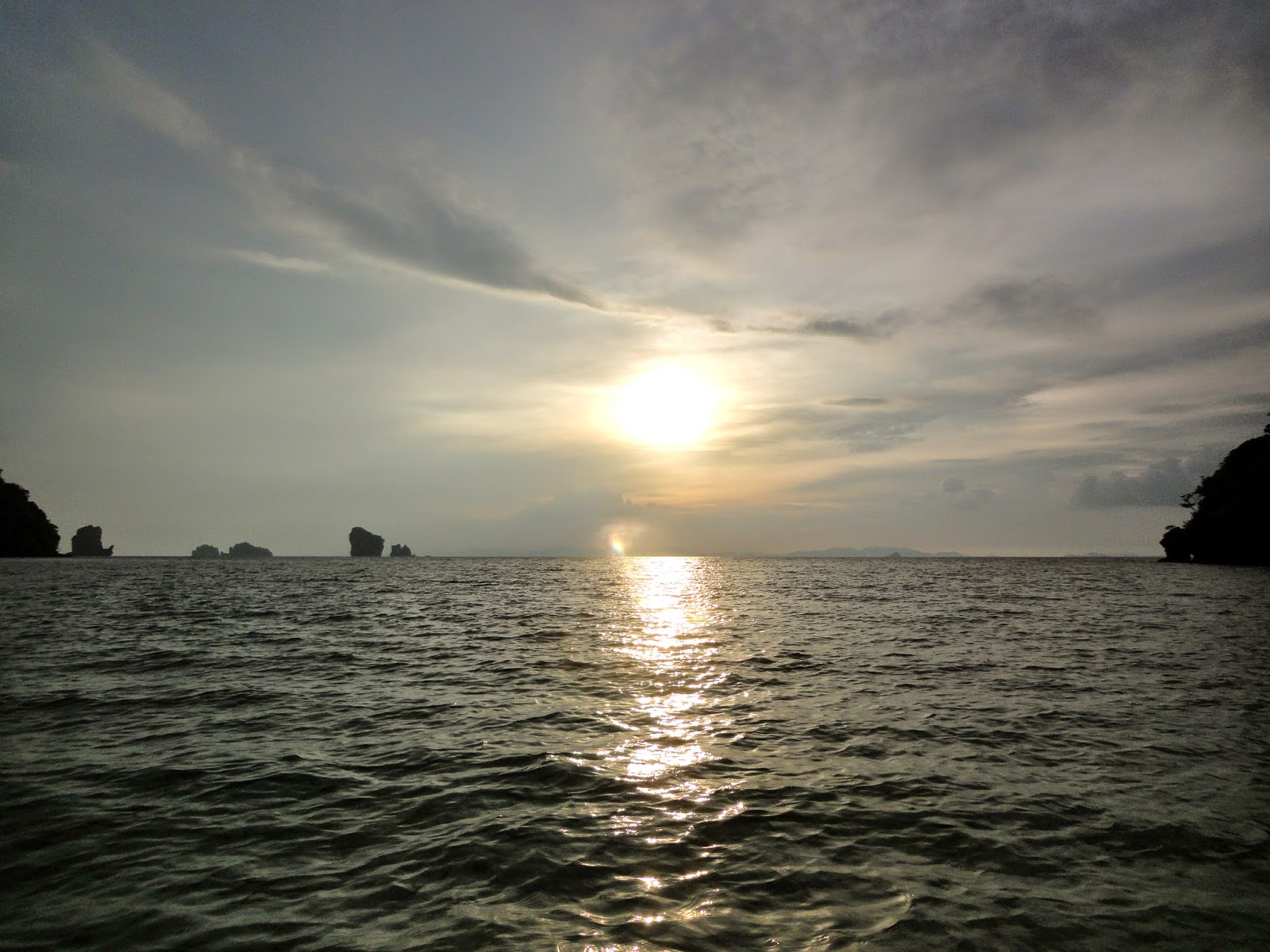 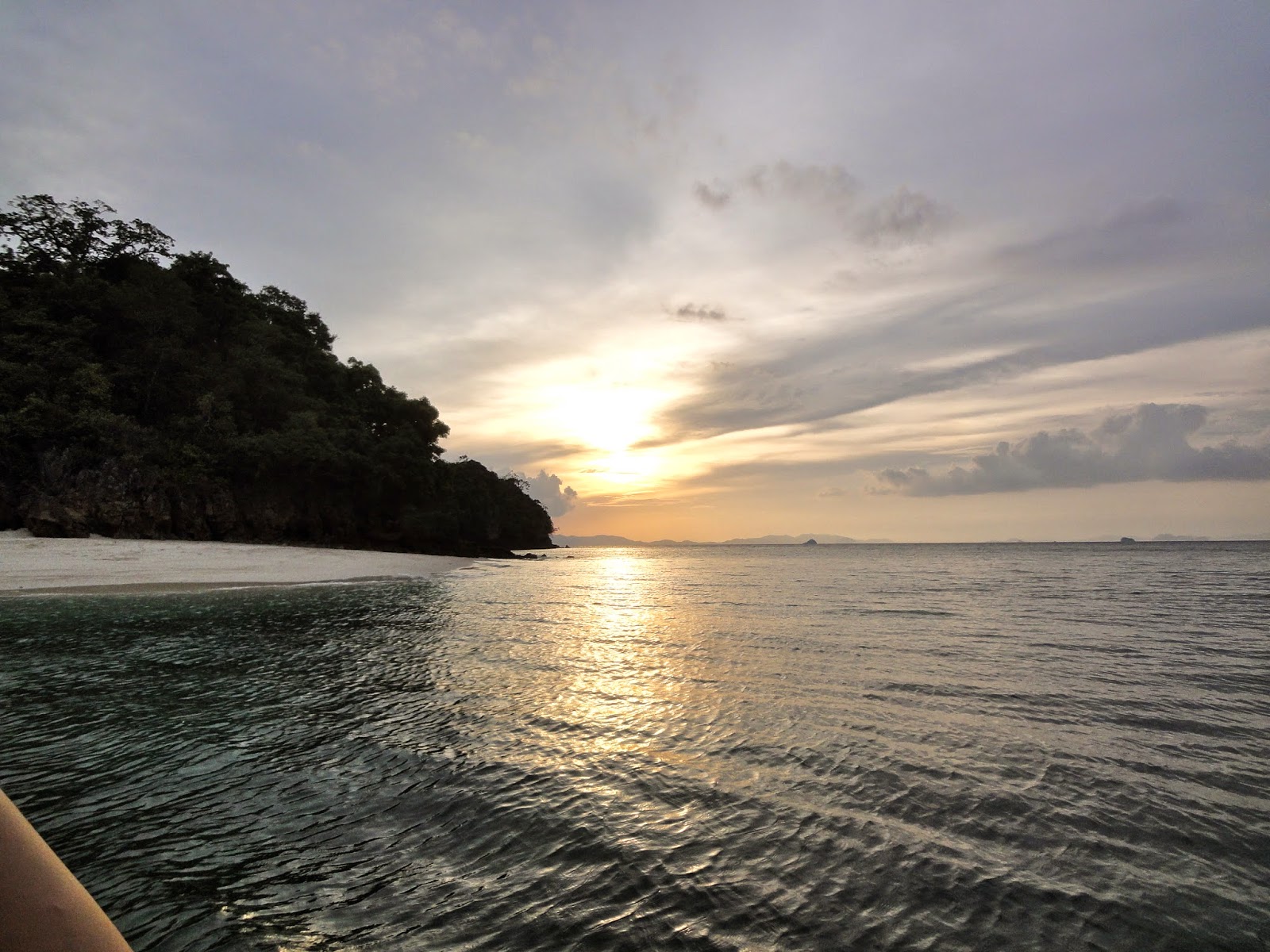 We went to Poda Island (island no. 6) to watch the sunset and Poda to me was just a large island that faces the setting sun. The beach was great but there were boat loads full of people and it kinda took away the idyllic, unspoilt beach feeling that we had during the earlier islands.

After Poda, we headed off to Railay Beach for dinner. This is where the false advertising on the brochure can be seen. I think Railay is where the 7th island supposedly is but as my friend insists, Railay is a beach…not an island. To add, we were treated to a buffet dinner instead of the “BBQ dinner on a private paradise island beach” as stated on the brochure. Boo. 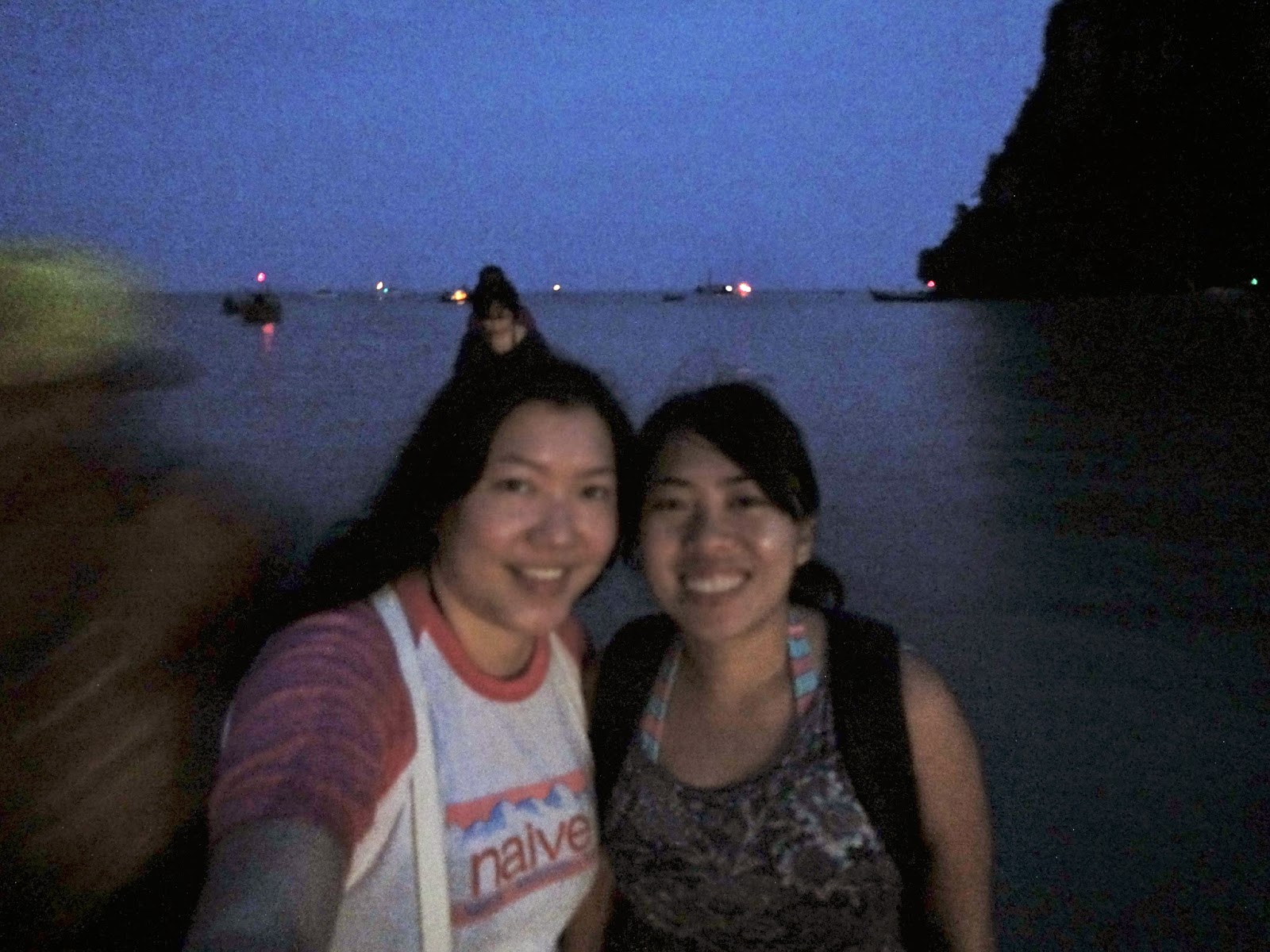 Railay is half a swamp so the water is so shallow at one end that we had to get out to walk on a concrete path which we couldn’t see because a) it was dark b) it was covered with mud. The photo above is us half way towards the shore. Those lights at the back? One of them is from our boat. 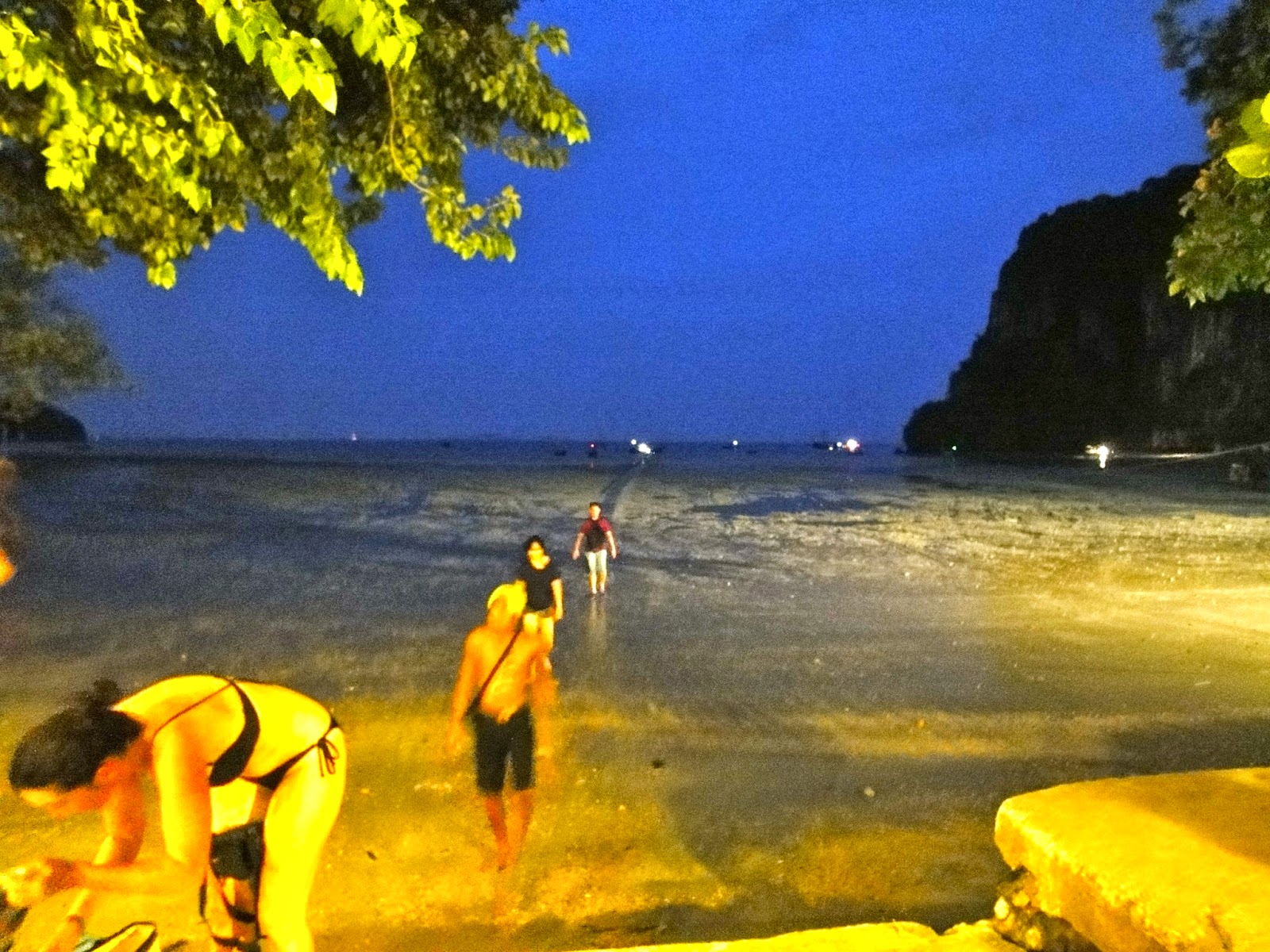 We finally reached the shore amid screams from some ladies from another boat (they slipped and fell) and walking along the path felt like we were constantly taking leaps of faith. We later found out that they normally have tractors with platforms to pull passengers from boats to shore. Why couldn’t they do that for us? 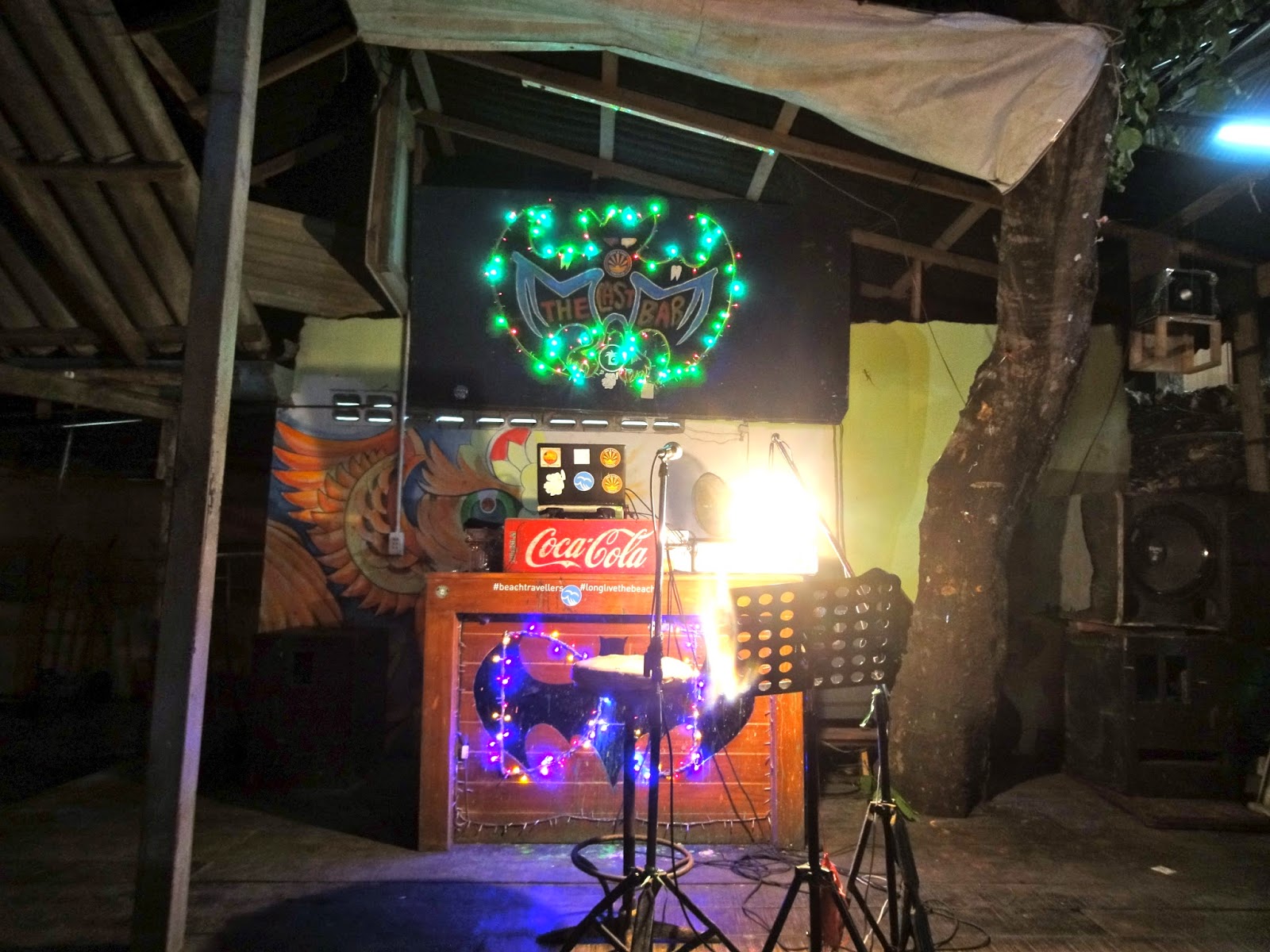 So dinner was at “The Last Bar” and it is probably so-called because it’s the bar at the very end of the beach. Saw a Canadian flag so I’m guessing that it’s owned by a Canadian. Dinner was dismal so I shan’t bother with the photo. 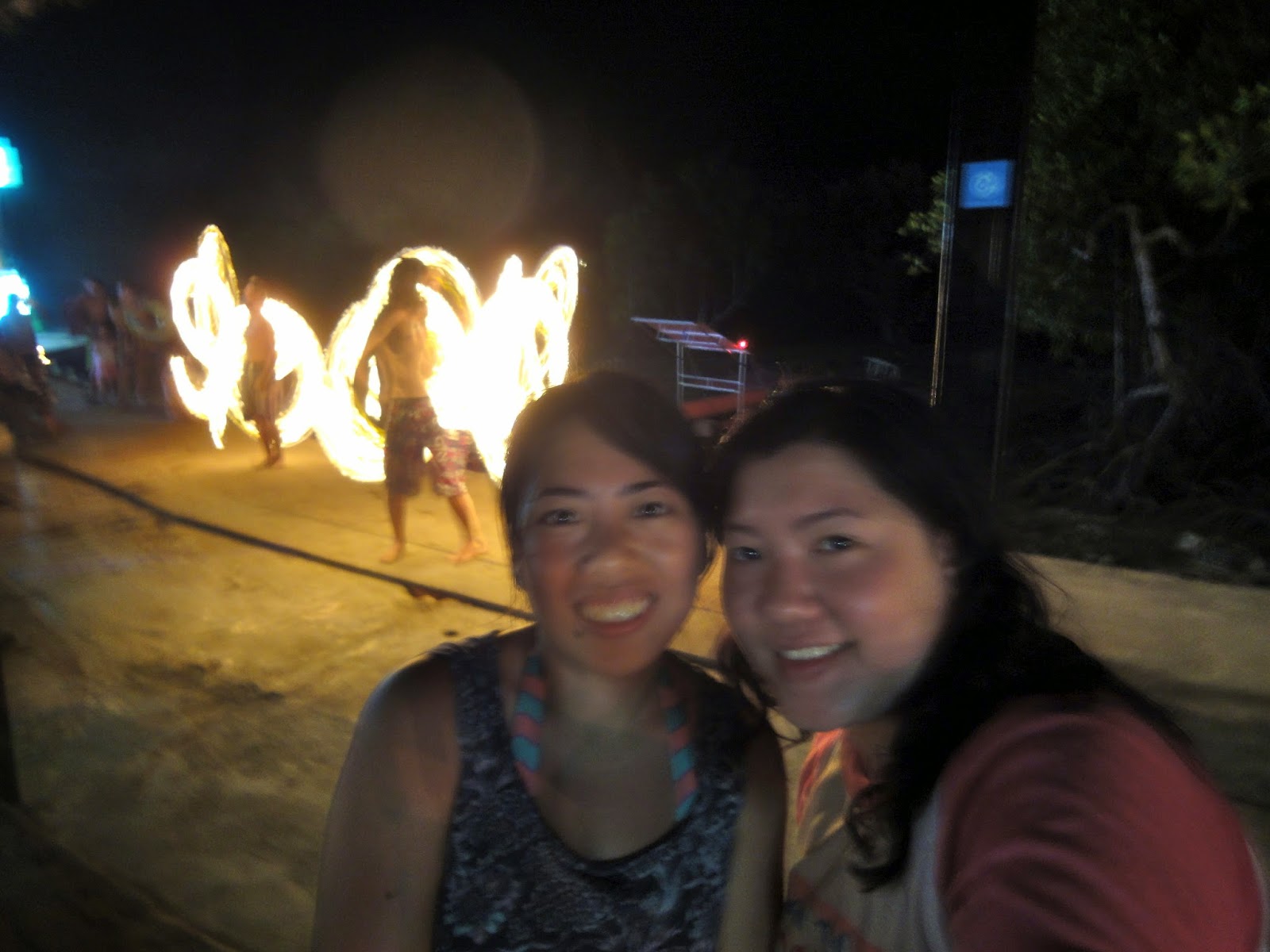 After dinner, we were treated to a Fire Show were our tour guide and a few other guides started doing stunts with fire balls and lit sticks. Of course, there was the fire spitting parts and this was all done to the thumping beats of modern hip hop music.

After dinner was the true highlight of the whole day. We went night snorkelling in the Adaman Sea where, to our delight, we became Tinkerbells of the ocean as fluorescent plankton lit up all around us as we swam. None of us have the proper camera to capture them so unfortunately, you’ll have to google images and imagine what it was like to swim among the bio-luminescent plankton.

What causes these plankton to glow? They only glow when we agitate the water or stress them out and this causes some chemical reaction and therefore, glow. For a video explaining bioluminescence, you can watch it here.

The whole trip ended at about 9pm where we landed back on the main island of Krabi in Krabi Town. It was such a fun filled day and every minute was well worth it if you enjoy the sun, sand, sea and marine life. Couldn’t help but feel that God is great and Mother Nature is so incredible. No photos can show you the real beauty of the islands.

So what do you do after a wonderful day at sea? Kick back and enjoy Thai snacks and alcoholic drinks 😉 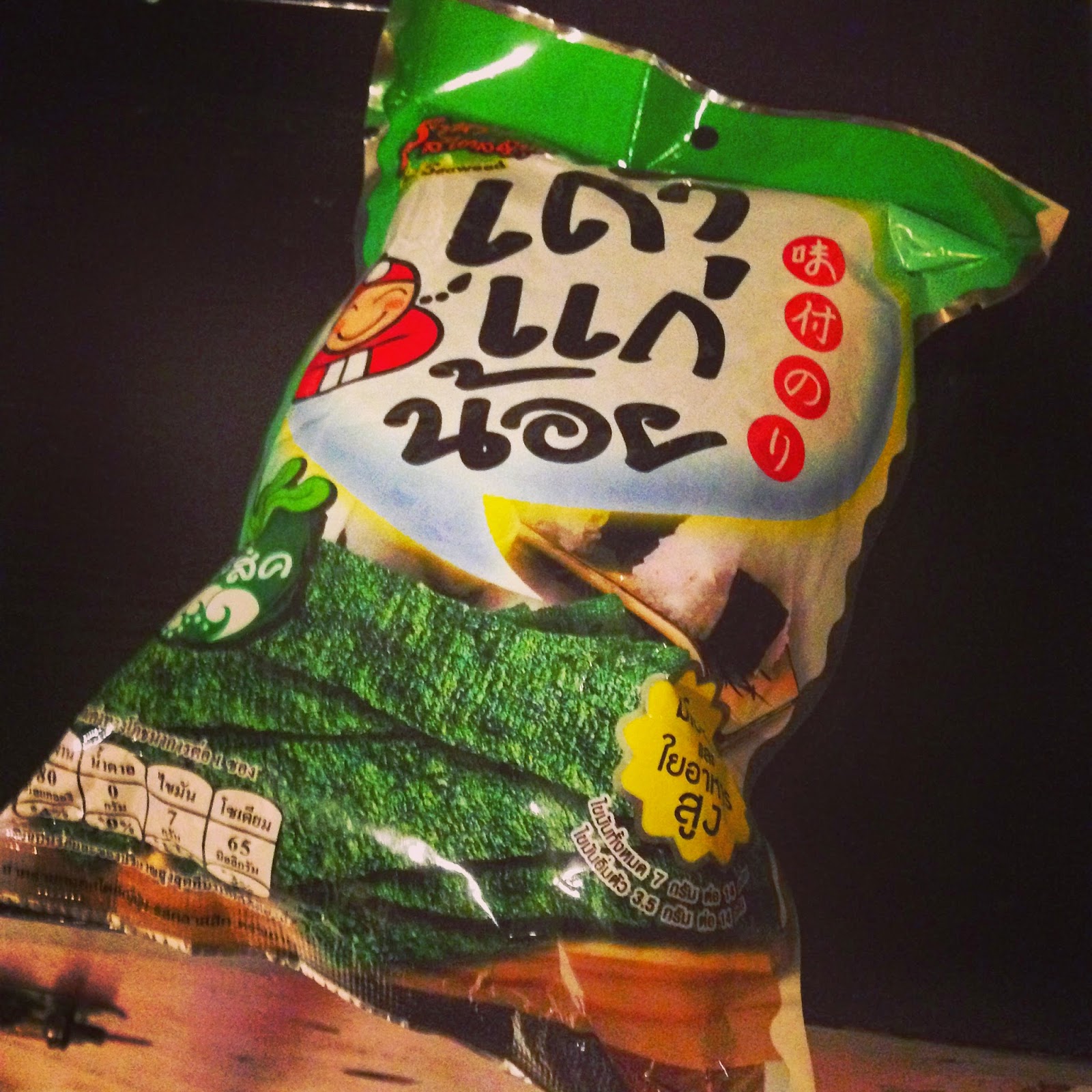 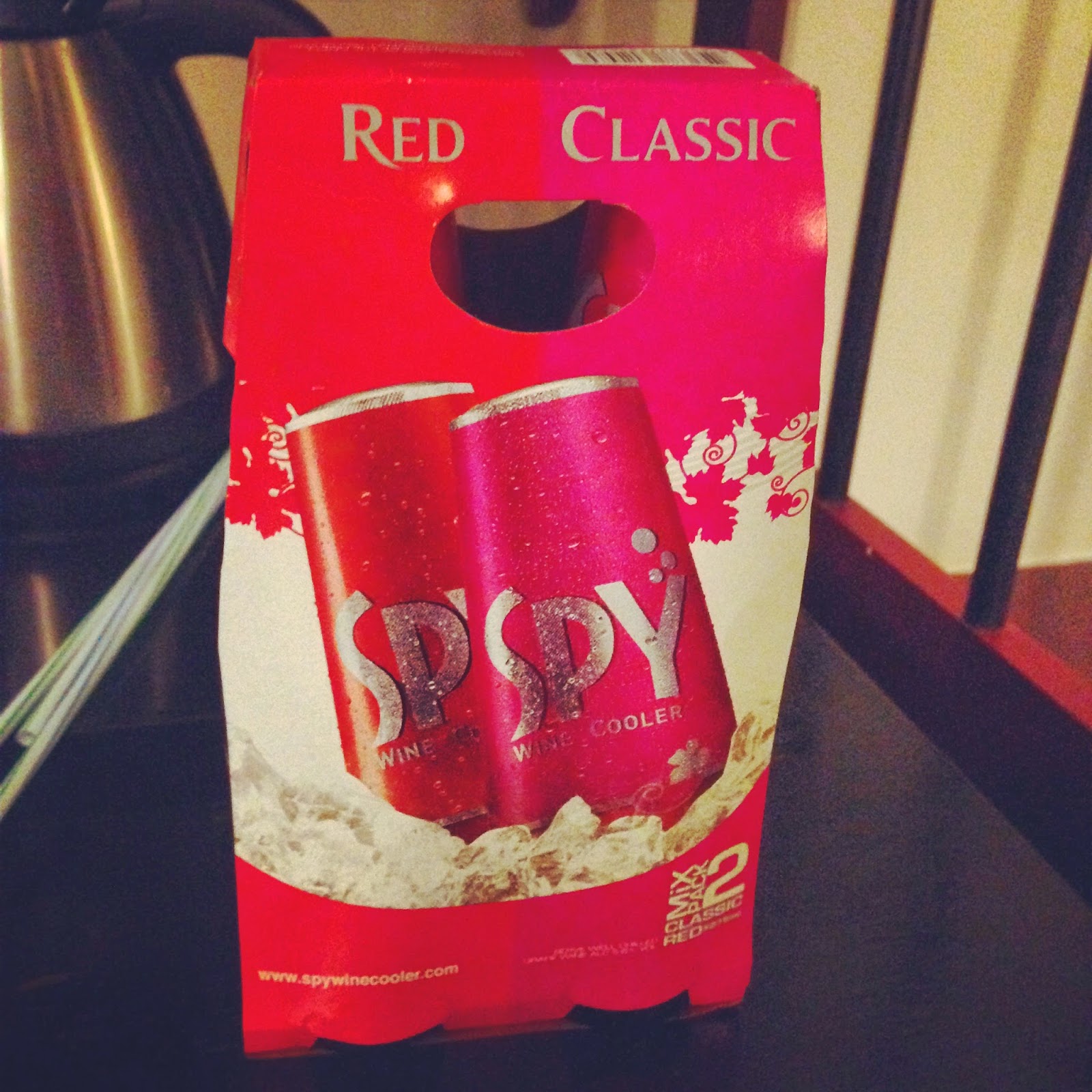 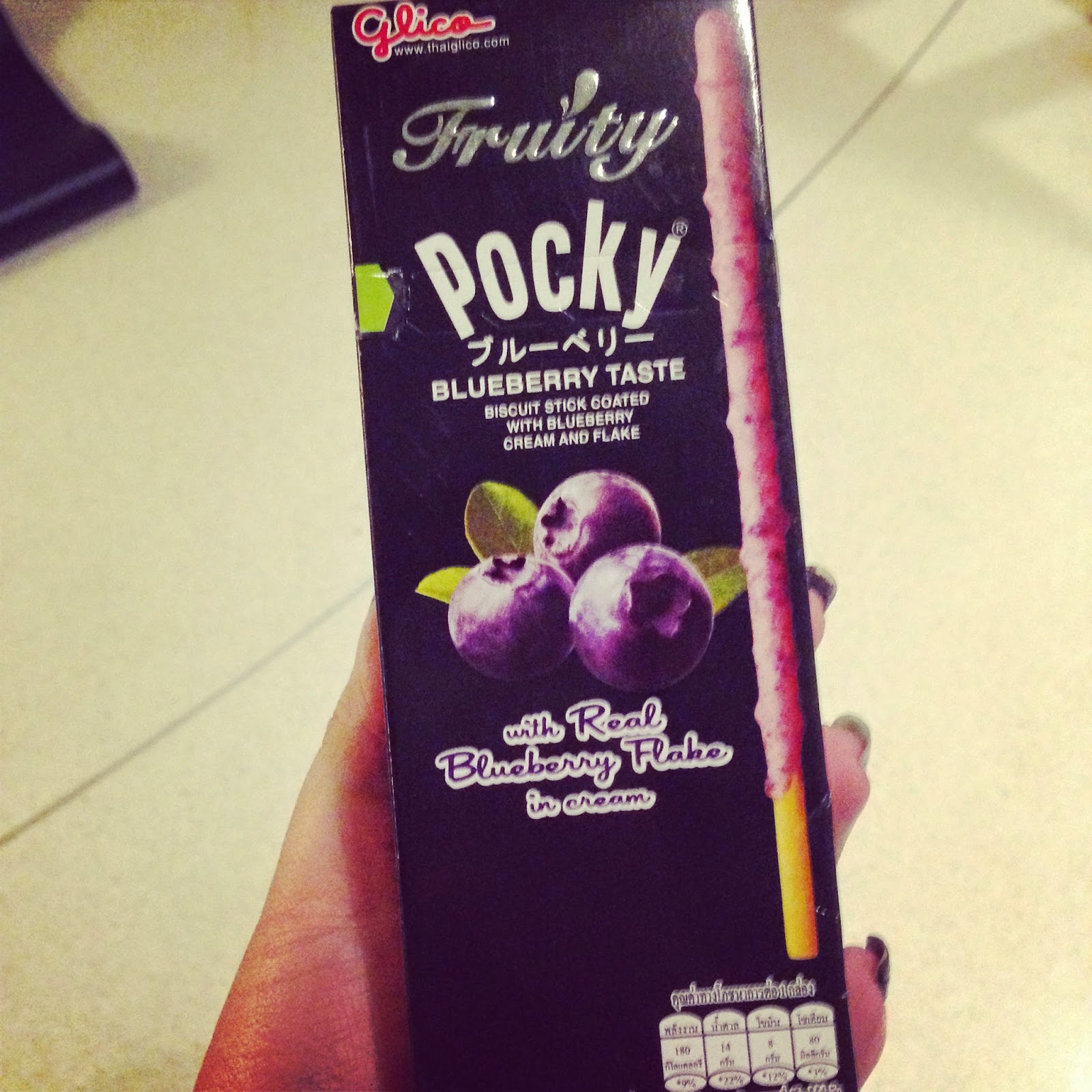