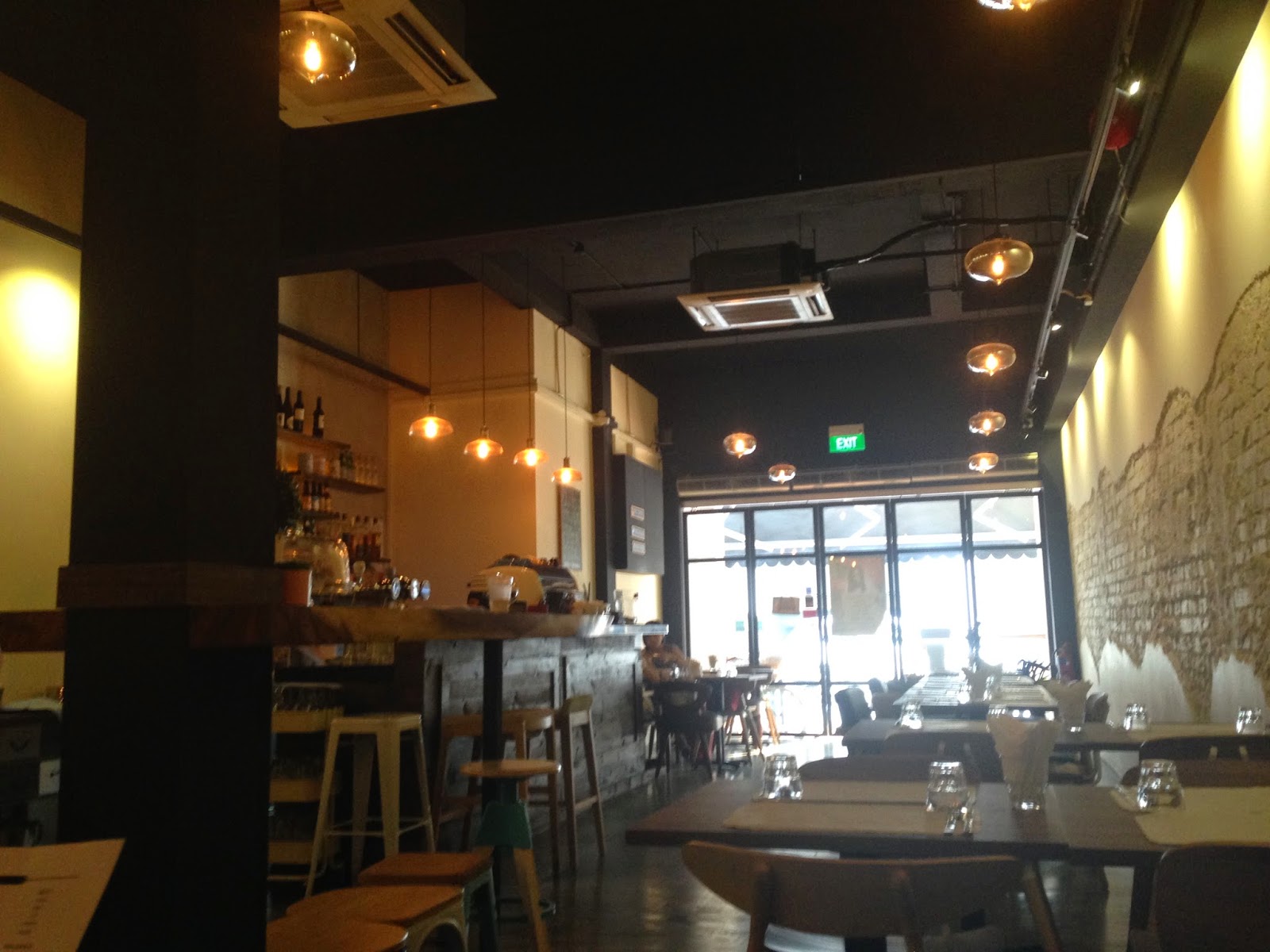 There is a recent slew of hipster cafes popping up all across Singapore and Bridge Cafe seemingly seems like one, with a vintage bicycle propped outside. Nonetheless, this is a cafe that I came back a couple of times because I really like how it’s quiet, the ambience is relaxing and the food is damn good.

Was introduced to Bridge Cafe/Restaurant/Bar by my vendor, whose office is upstairs, so we met at the Bridge for a meeting over coffee. 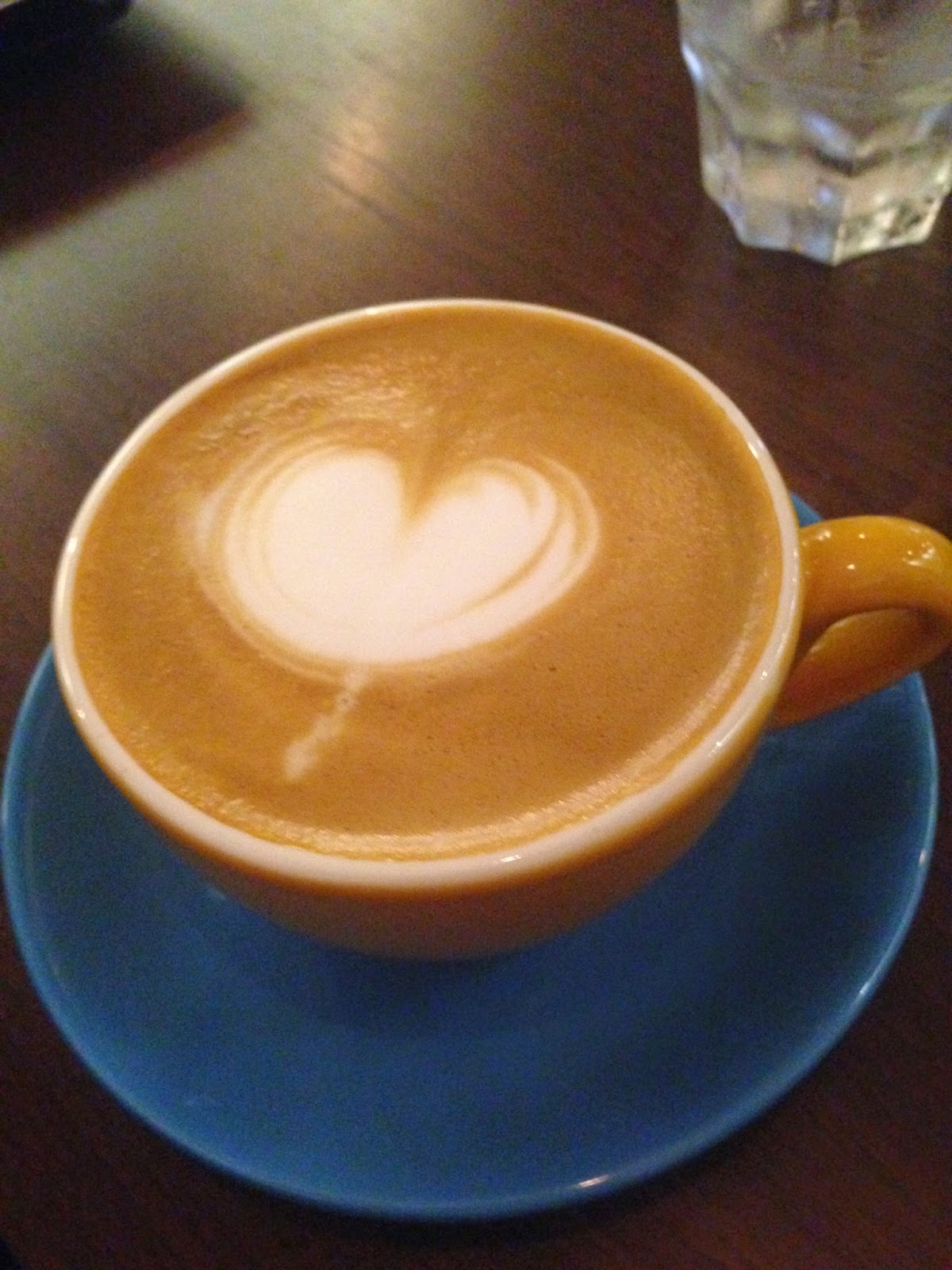 My colleague ordered the latte while I went for the non-caffeinated Hazelnut Milk (S$6.50). Colleague wasn’t impressed by the latte art but the coffee was good, according to him. 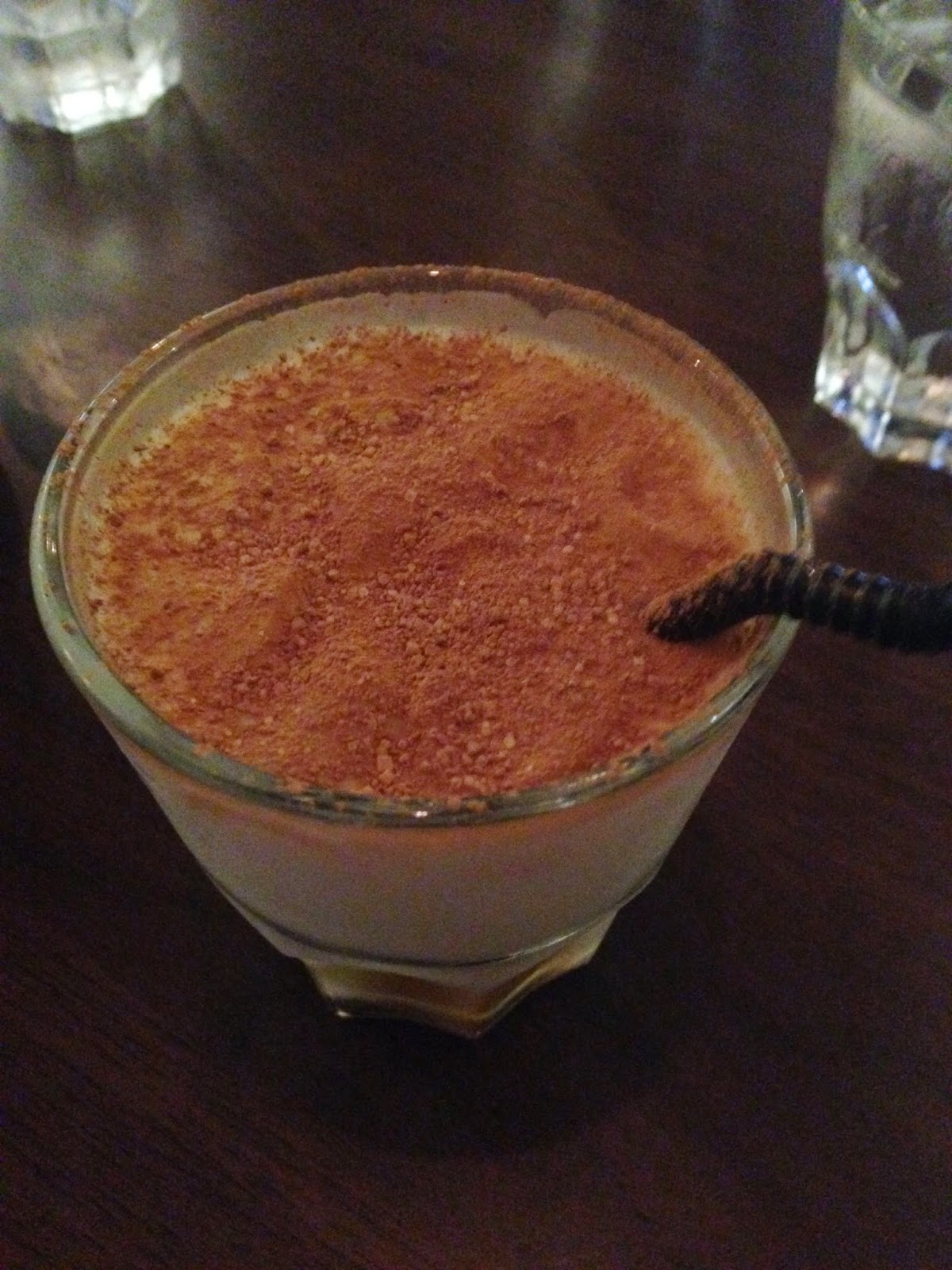 My Hazelnut Milk was simply milk with hazelnut syrup. I asked for the iced version, which you can do! It was delicious but again, there’s no need for a culinary genius to prepare this but it is making me feel like buying hazelnut syrup now. 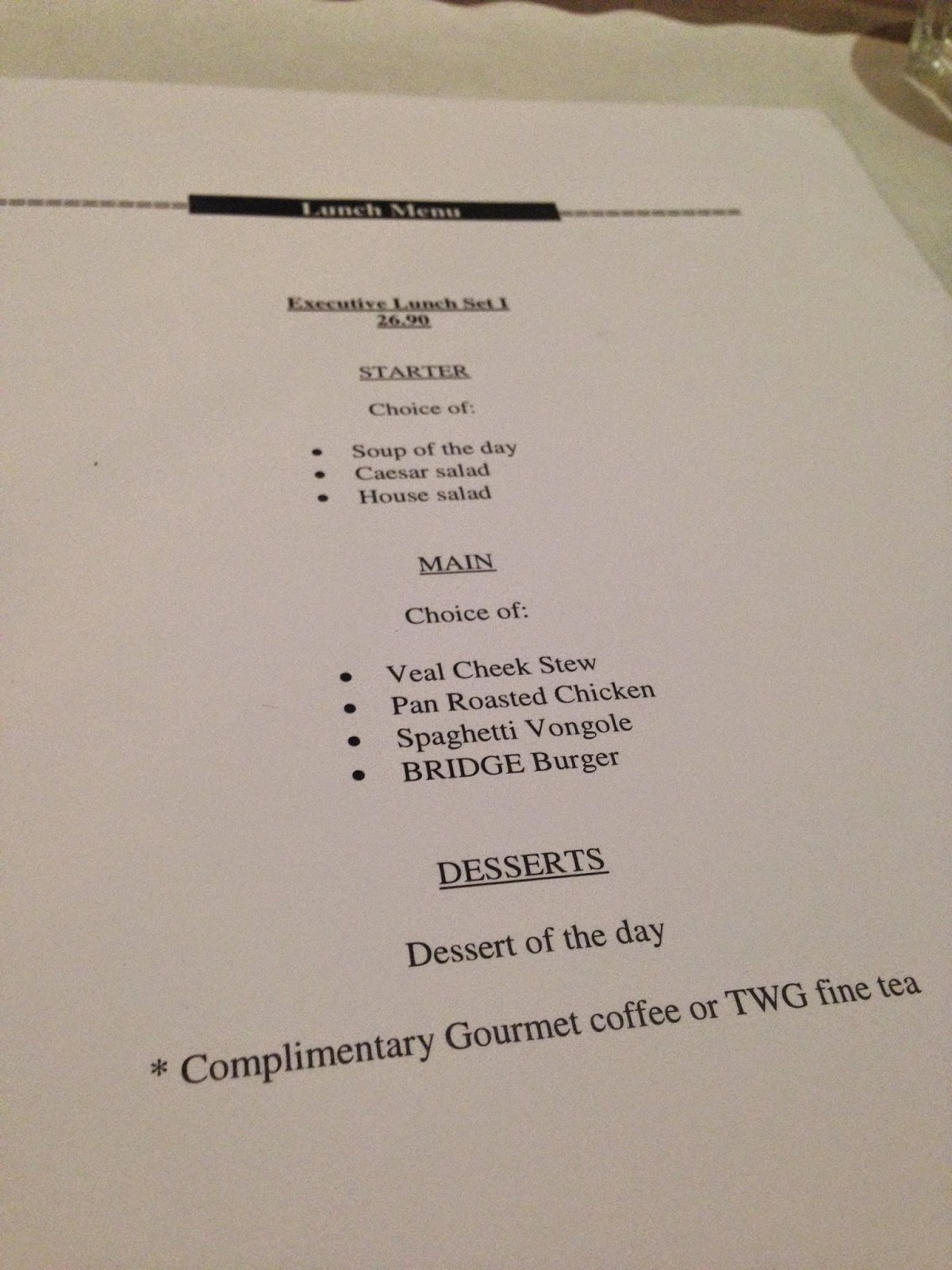 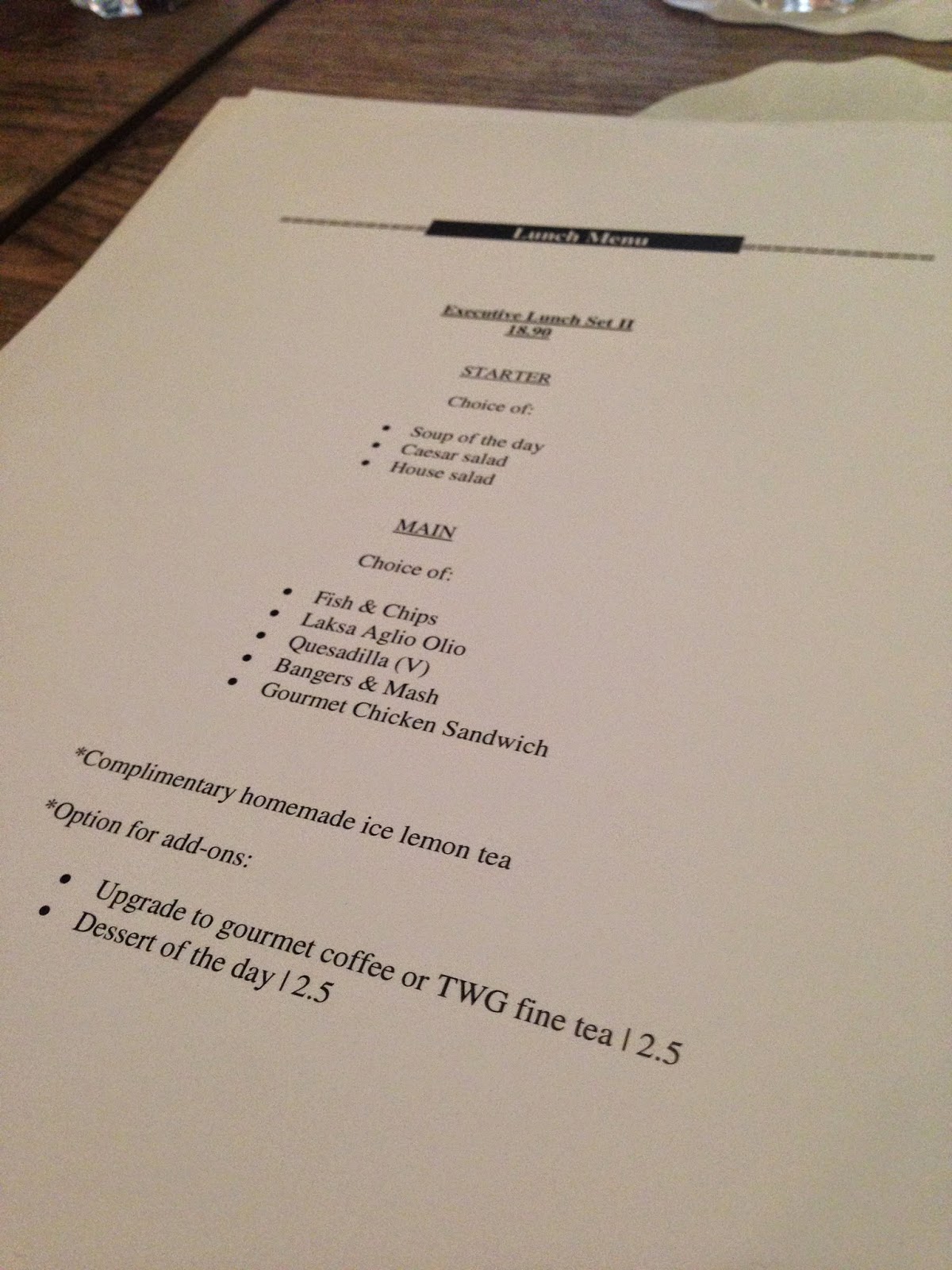 My friend and I both went for the Executive Set Lunch 1, which is pricier at $26.90 but still doesn’t break the bank. Compared to the less expensive set, you get a more premium choice of mains, a dessert as well as posher tea to slurp on. 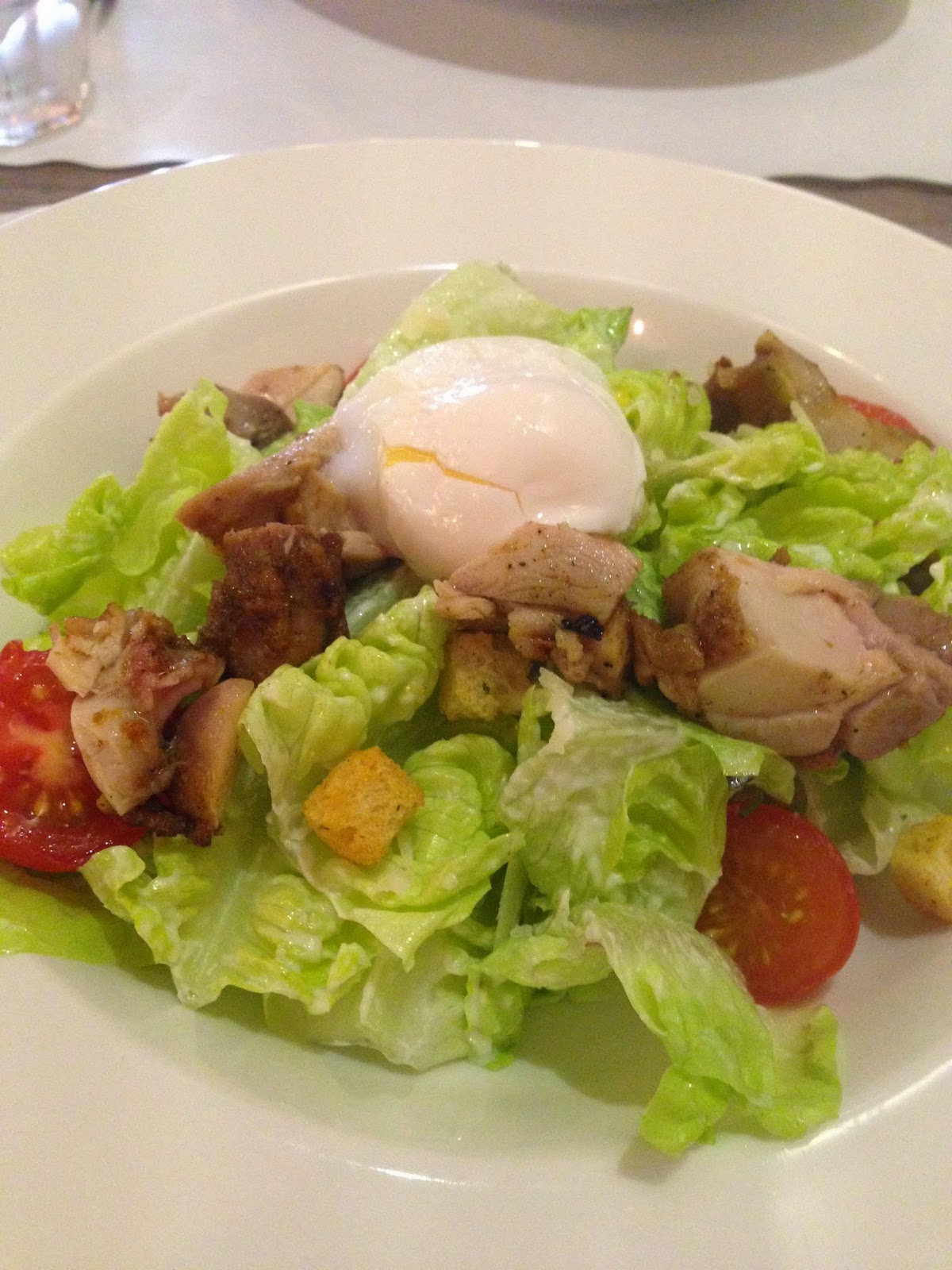 I ordered the Cesar Salad and I was so impressed that it came with a poached egg! This really brought a smile to my face as most Cesar Salads you get these days give you bits of hard boiled egg or miserable slices but at the Bridge, you get a whole poached egg and it’s the egg yolk that gives the salad the creaminess. The dressing was definitely true to the recipe. I could taste the mustard and they didn’t drown the vegetables in dressing. The roast chicken that came along with it was also very tender and rich in flavour. 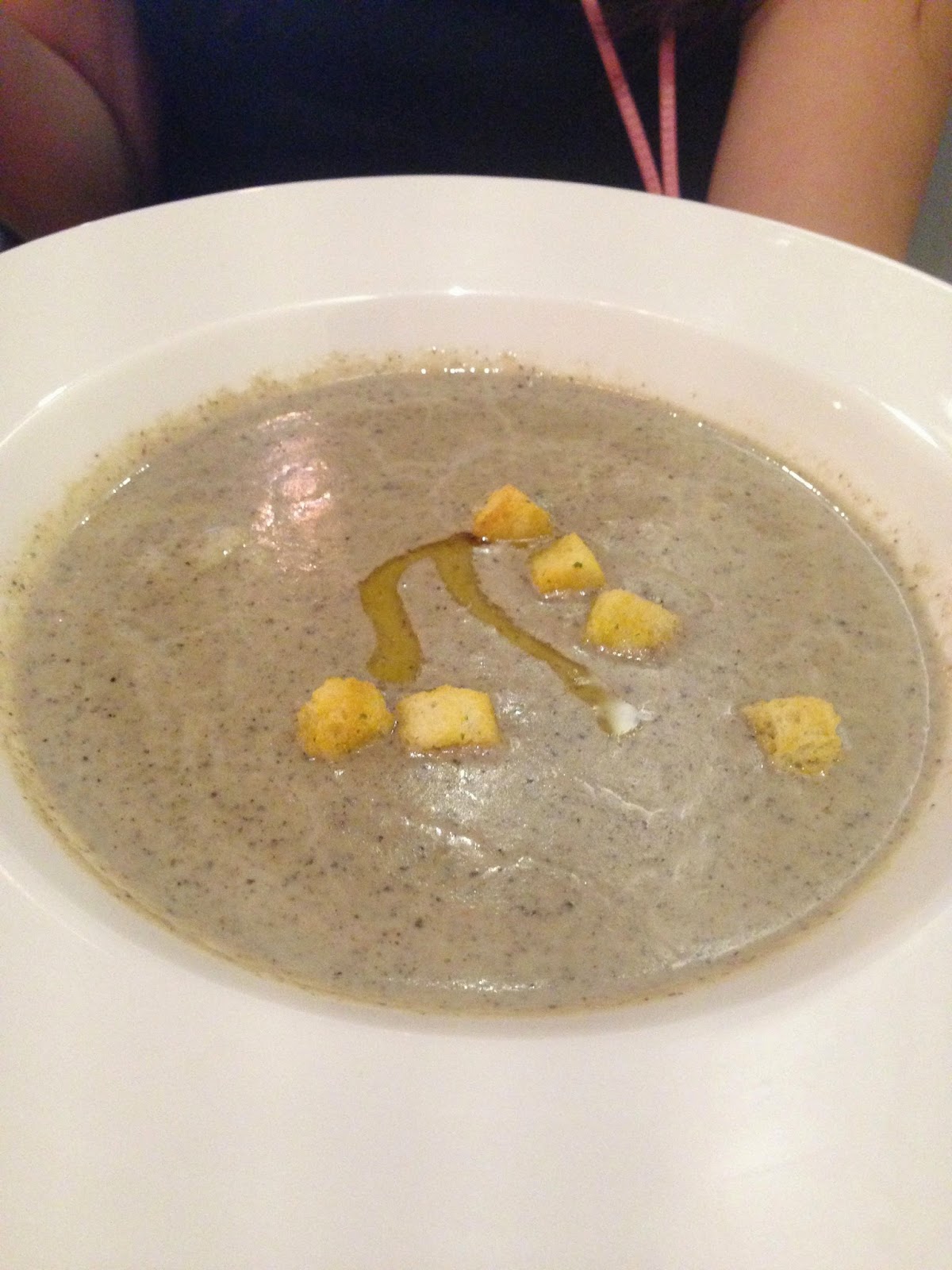 The Cream of Mushroom Soup came drizzled with truffle oil and just looking at it, you know that this did not come out from a can. It was really chockful of mushrooms and it was so delicious! I’ll ditch Soup Spoon for this any day. 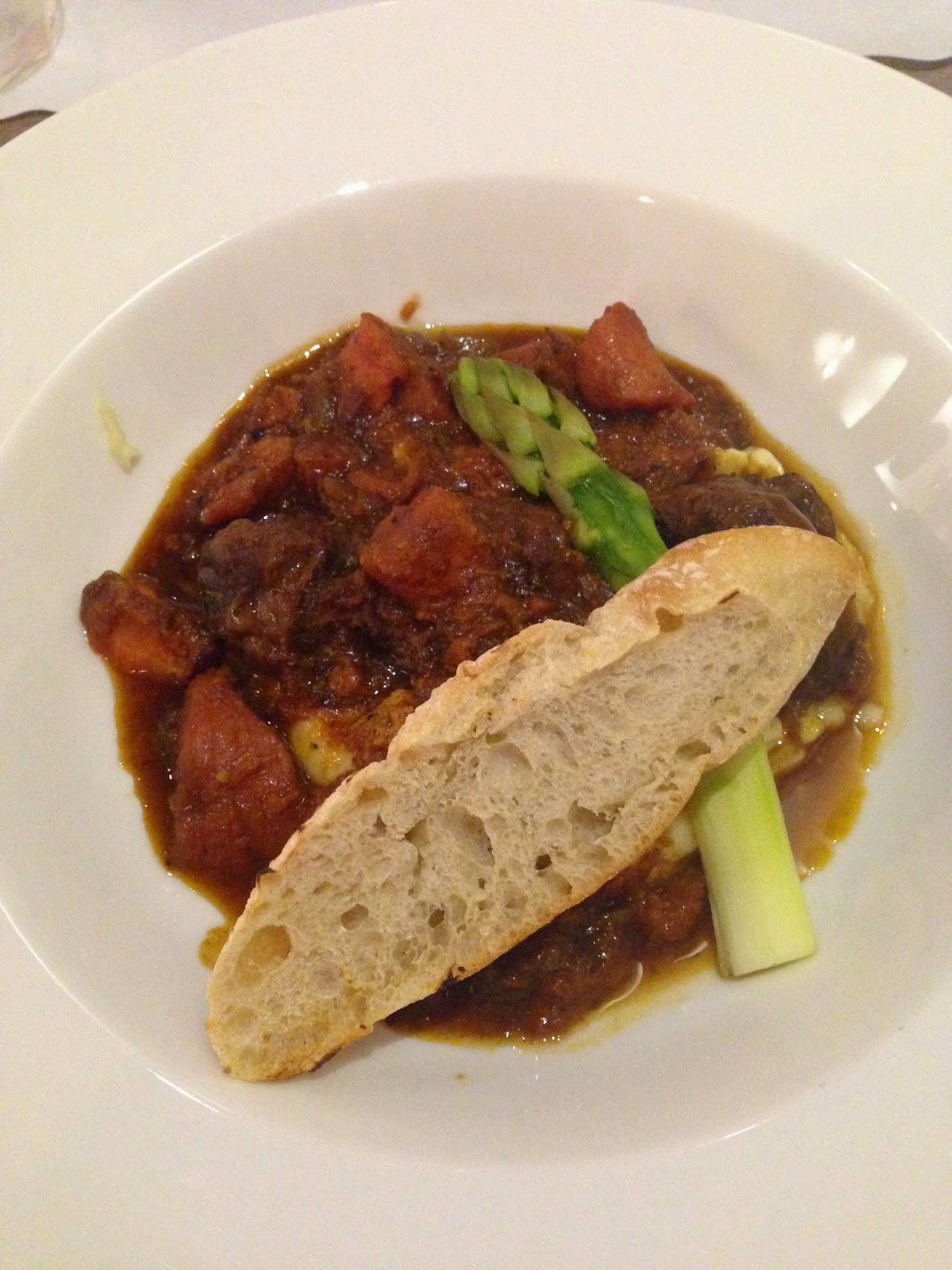 Both of us ordered the Veal Cheek Stew and I highly recommend this dish. It was braised for hours in a delicious brown sauce and it is so tender that the knife is rendered useless. Sitting on a bed of mash, this dish is comfort food at its best and the quality of the dish surpasses that of some stews that I’ve had in some restaurants. 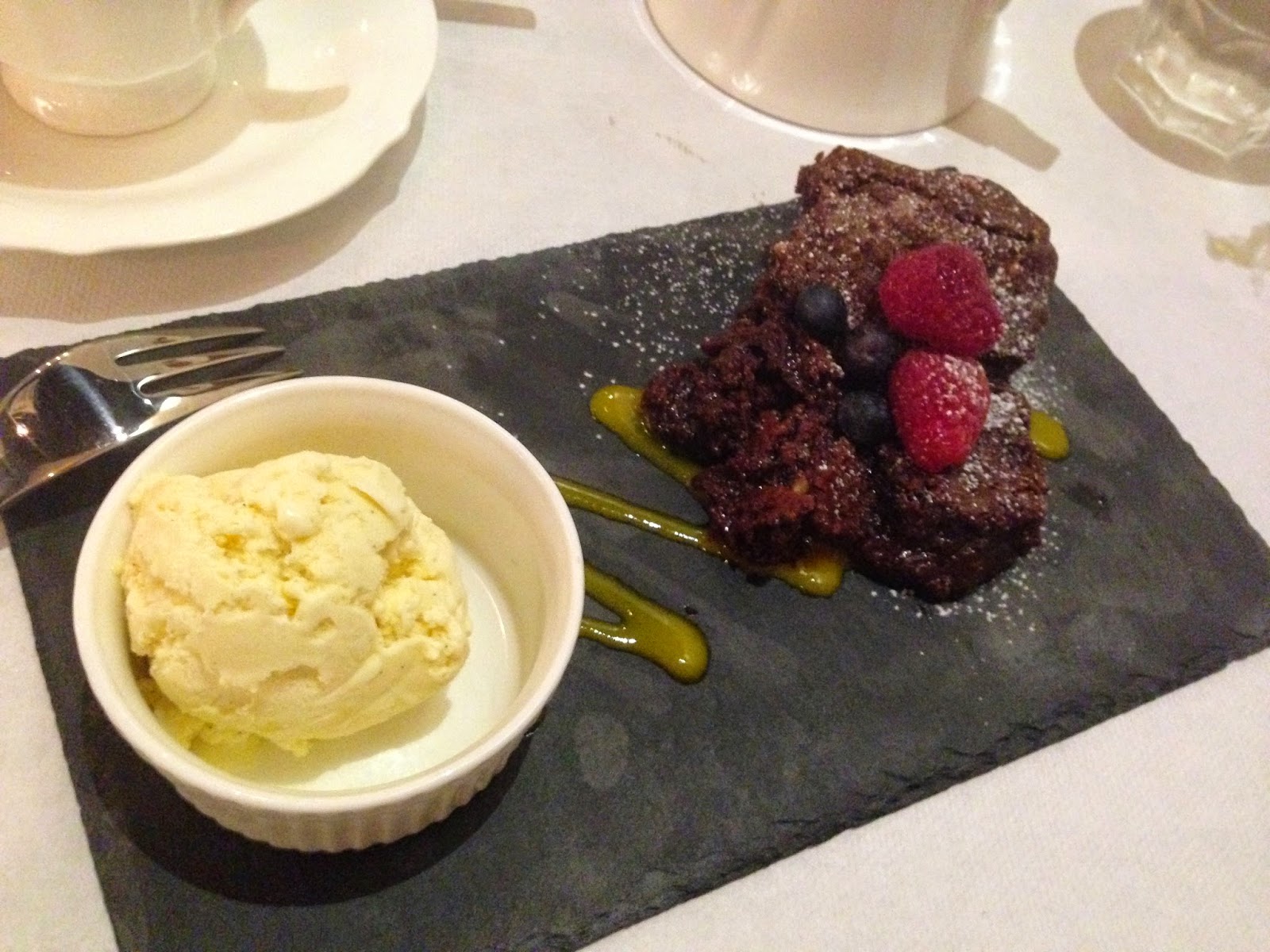 Then came dessert. Could they impress us anymore? Warm brownie served with vanilla ice cream (I could see the vanilla seeds…could it be homemade too?) was the dessert of the day. The brownie was really moist and it reminded me a little of a lava cake. My friend and I were so delighted at the dessert and were also very happy to see that they had Apple Crumble too! This calls for another visit.

The interesting concept is that at 6pm, the cafe turns into a proper restaurant bar. They remove the bicycle and open up the glass doors as well as place LED tea-lights on each table. I’m not sure whether the ala carte menu changes.

In terms of service, there were a bit of a hiccup in the sense that they don’t have a lot of wait staff so the barista doubles up as the waiter and perhaps even the bartender. That is fine but when my friend and I went in, there were a few tables with the ‘Reserved’ sign but we were told that we could sit anywhere…only after we asked. He was preparing a cup of coffee when we entered so we had to wait a bit before he passed us the menus, which again is ok but I would’ve much preferred if he had told us something like this: “Hi, do take a seat and I’ll attend to you shortly.” The service is actually quite personable but it’s initially a bit awkward.

I’ve walked past Bridge several times whenever I go to Hock Lam Beef Noodles (it’s now relocated) or to the Sin Swee Kee Chicken Rice stall further along Seah Street but never noticed it. This means that Bridge really does need to do some heavier marketing. It does have a bit of a niche in the sense that it’s a bit more hipster than the other food outlets along the street but with Saveur at the next street, perhaps Bridge needs to emphasise its cafe/coffee culture.

Check out my next visit to Bridge review on 2 more dishes here.