I was really lucky to win a pair of VIP tickets to Play:Live 2014 (4 Oct) after taking part in the contest by Rewardify. 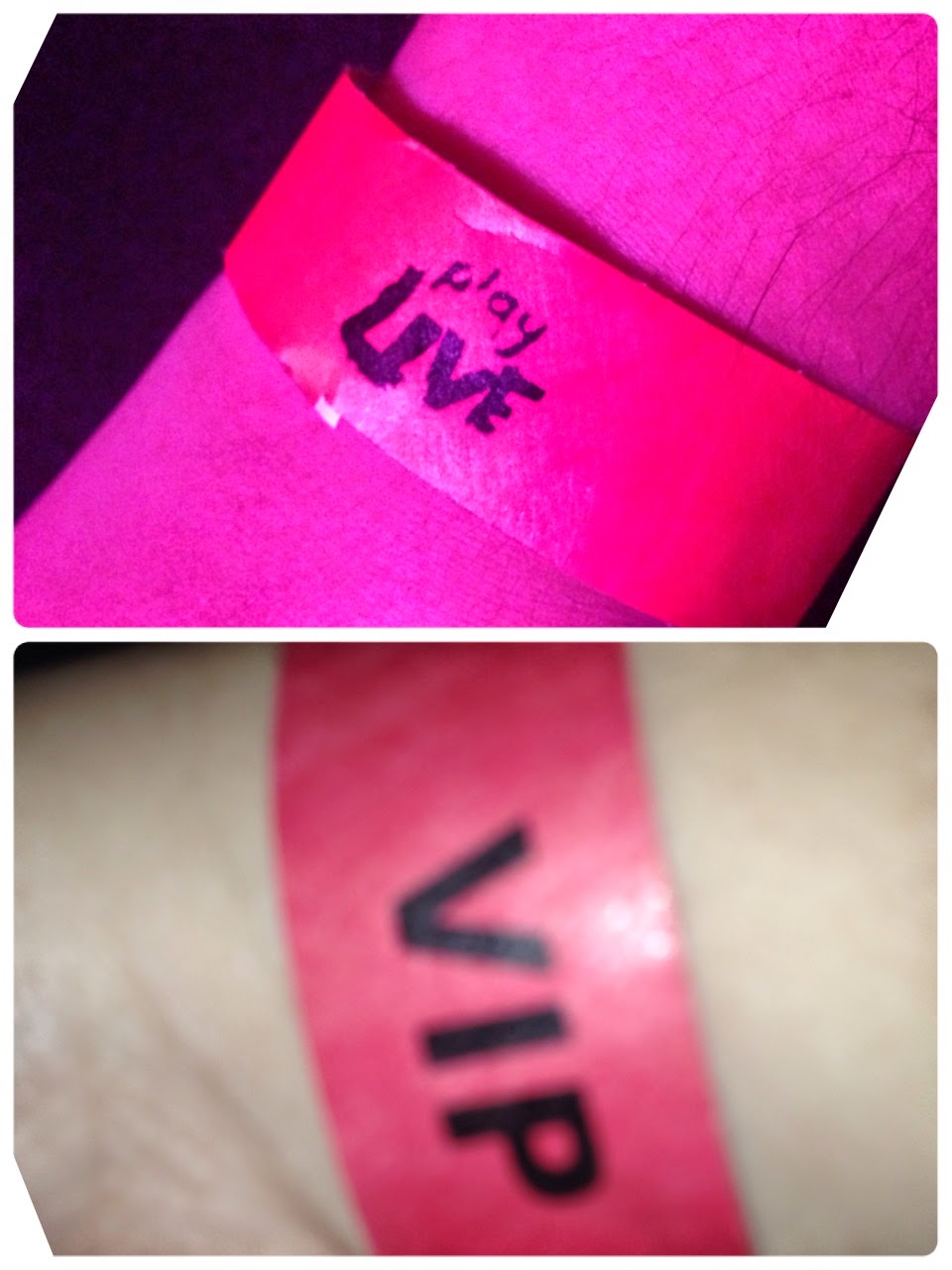 I went alone in the end because all of my friends couldn’t make it. Oh well…yet another concert for me to 自 high (get ‘high’ alone..all by myself). The event started at 7pm but I didn’t get there till about 8pm and I walked into the venue when Iwamura Nanami was performing. 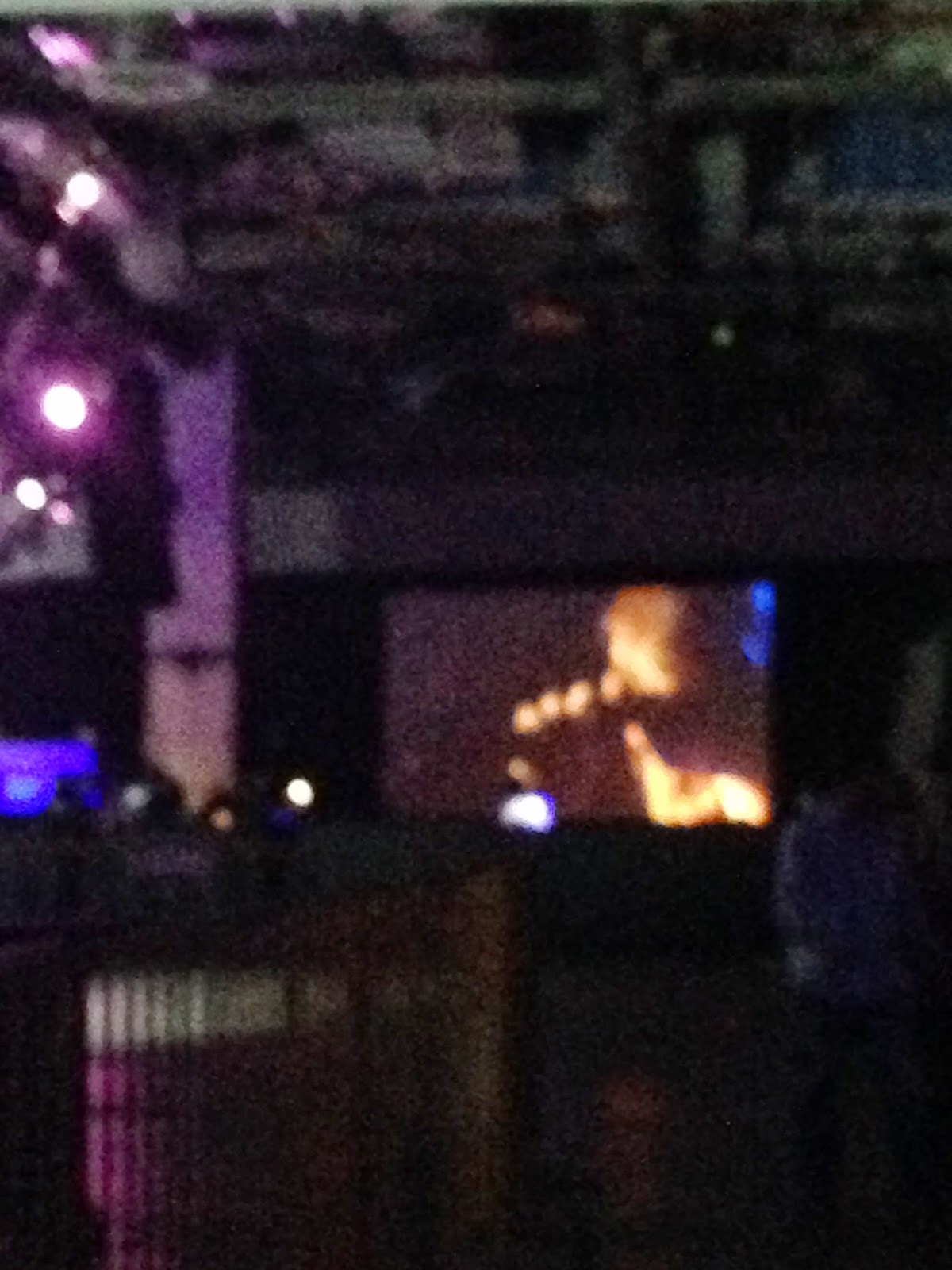 Her voice was very very good and she even sung a Mandarin song (新不了情) which happens to be one of my favourite karaoke tunes! Unfortunately for her, she opened the concert to a very thin crowd where most were busy lounging at the UV lounge and sipping their drinks while watching her afar on the big screens.

The event space was HUGE – they rented out 3 exhibition halls at Marina Bay Sands for this and 1 was used just for the entry (they were probably expecting a major crowd). Another huge thing in the event hall was the Monster Energy truck: 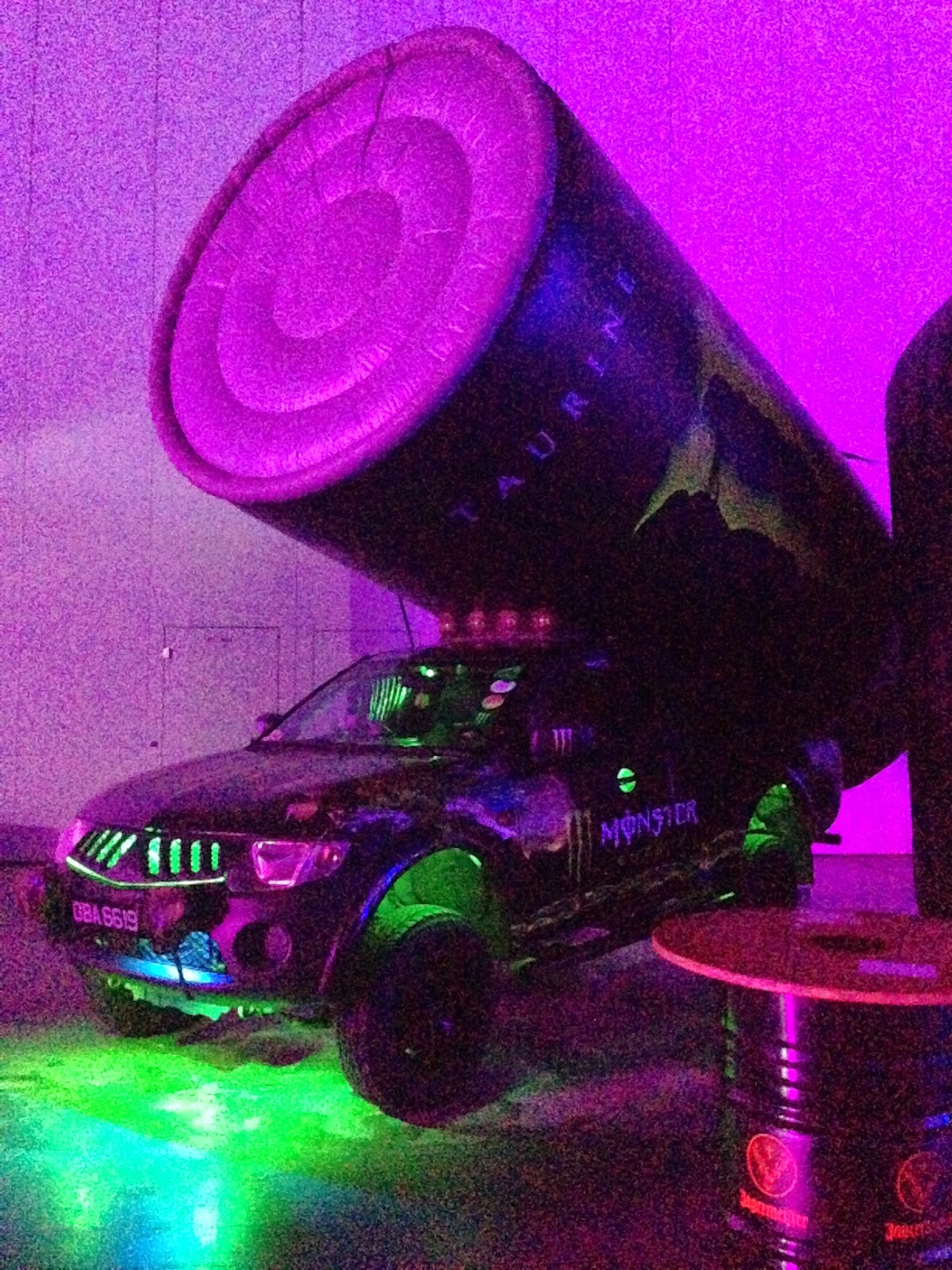 Yup. You can’t fault these guys on marketing. You immediately knew who was one of the sponsors. The drinks were going at $5 for the non-alcoholic choices while the housepours were at $10. Not cheap but neither expensive when compared to regular clubs. I couldn’t help it but I immediately did a quick calculation of the cost of this event together with estimated sponsorship dollars plus income from ticket sales. Work hazard…

Anyway, after Iwamura’s set, the crowd started to gather in front of the stage and since I had VIP access to the centre pit, stage front, I decided to make my way there and plant myself a good spot. The next artiste up on stage was the YouTube popular singer, Daniela Andrade. 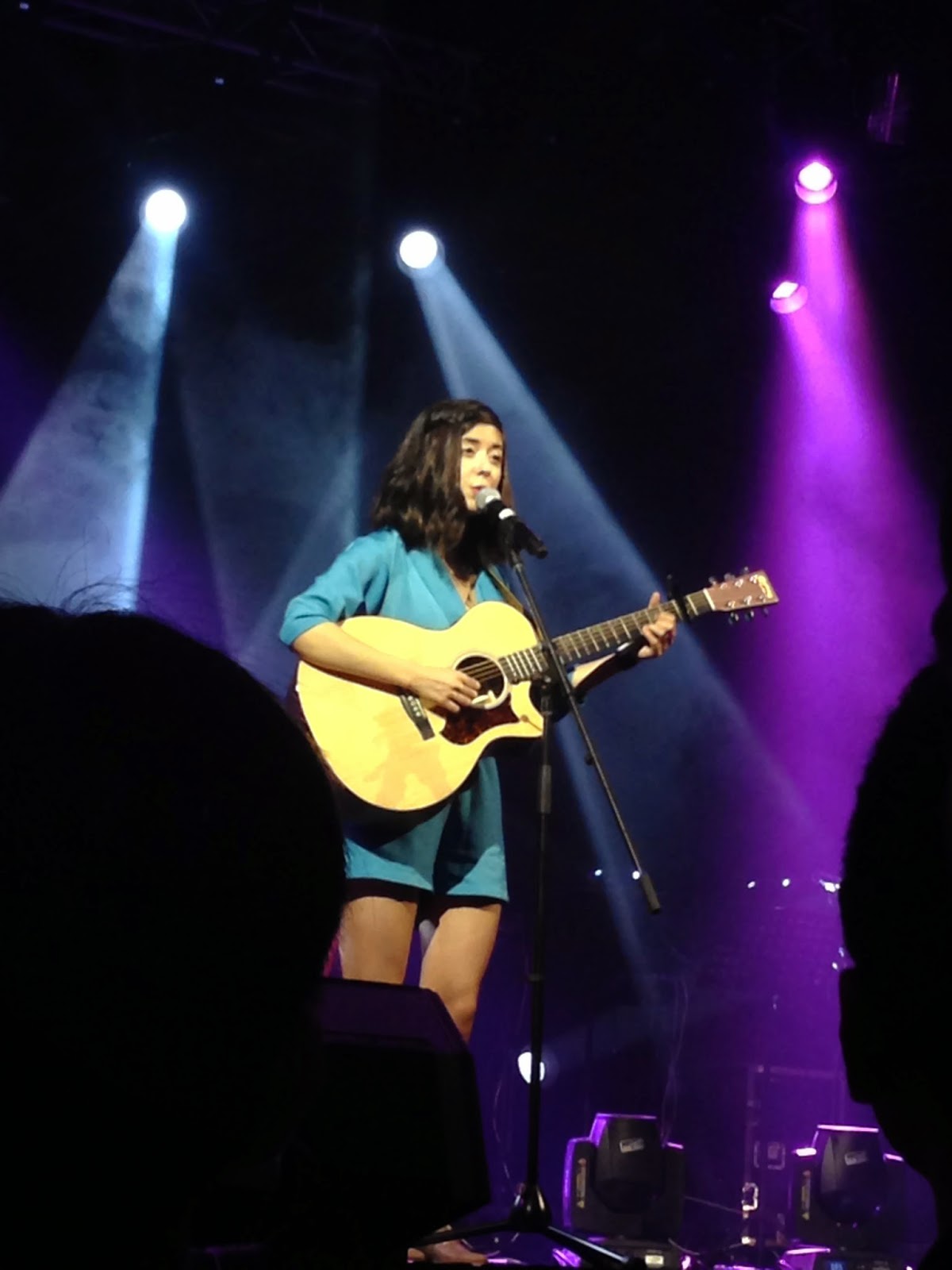 She’s really prettier in real life and her voice is amazingly clear. That said, I think that her performance is a lot more suited to a smaller venue where it’s more cosy and intimate. Nonetheless, because I was in front, it didn’t matter that much to me. Below is a clip that I came up with in a rush, hence the really rushed words in the beginning. Problem is that I accidentally ‘shared’ the video via my iMovie before I had finished but with all the views, I decided not to delete and re-upload.

After Daniela was THE headliner for the show: Ms Dami Im!! She won a huge fanbase through Australia X-factor where she was crowned champion in 2013. She walked out on stage in her signature quirky dressing but yet, it does work on her.

The energy that she brought to stage was palpably different and this not only influenced the audience but the band as well. This is the same band who played along Iwamura but when Dami performed, you could tell that the band had tons of fun too. Dami performed 2 sets, singing all the songs that she performed in X-Factor (you Dami Army ought to know what the titles are) as well as a couple of original songs off her debut album.

The following performance of ‘Alive’ was performed specially with Dami only on the piano and she said that she wanted to do so because she wanted it to be a little more intimate and special.
All I can say is that the hype is true. Dami Im is really a great performer and her ‘live’ performance is amazing. The energy that she brings on stage and she has polished a lot since her audition at X-Factor. She has learnt to add in her flair to work the crowd up and we happily lap it up!! Truly a star! The crowd was shouting for an encore but she didn’t come back on stage after her last song, which was the same disco piece she performed in X-factor.

In between Dami’s sets were our local boys, Trick. They were not vocally the strongest but what they had on their side was that they were the only ones with a rapper and rock melodies!

After Dami’s 2nd set, it paved the clubbing session that kicked off with yet another local talent, DJ Tenashar! 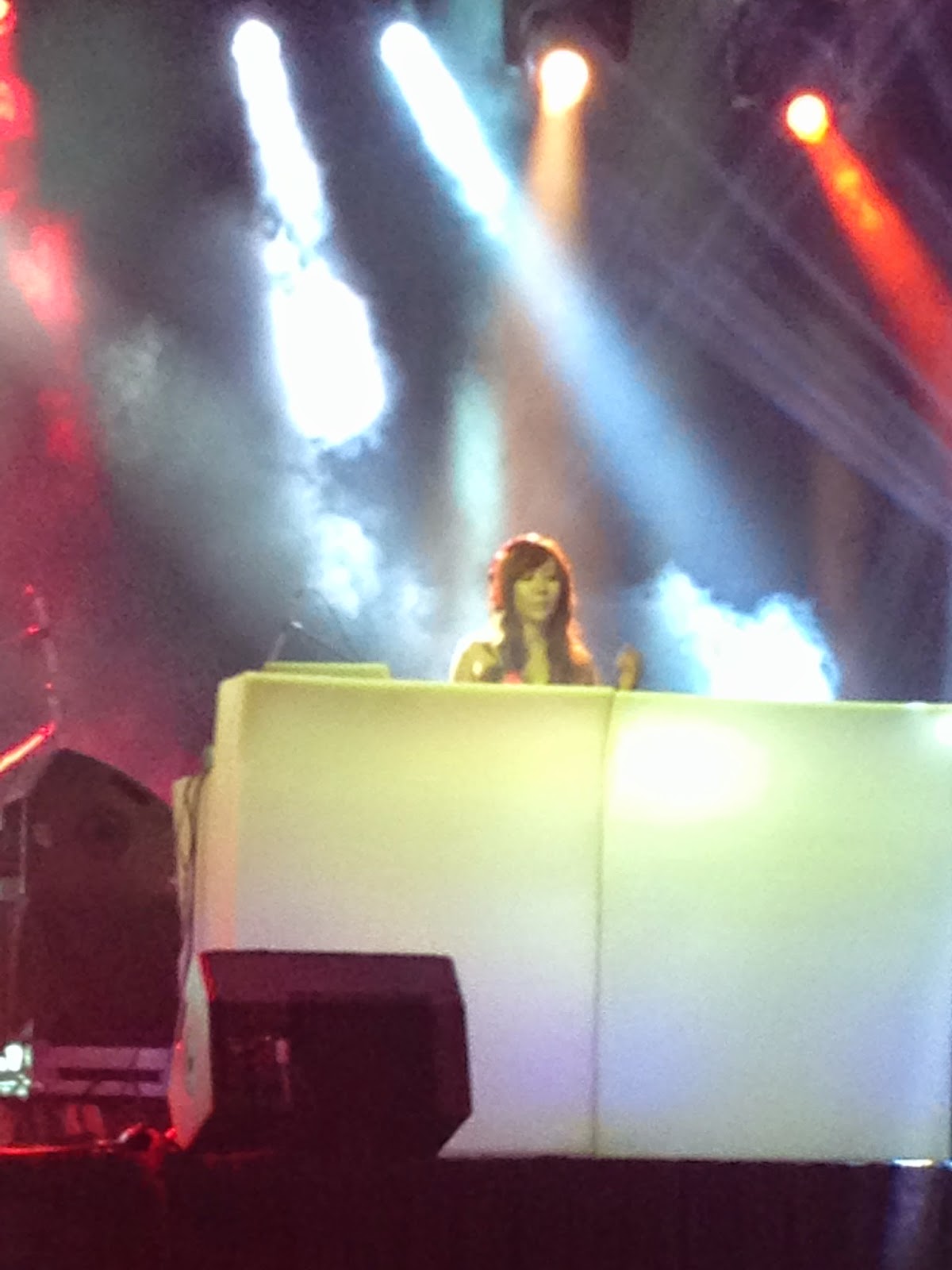 When the emcee, Josh from Hot 91 FM, said that she was “wearing nothing to the imagination”, I thought that he was kidding but he wasn’t. She was really wearing the bare necessities – a pair of short denim shorts and a hot pink halter that was bare back. 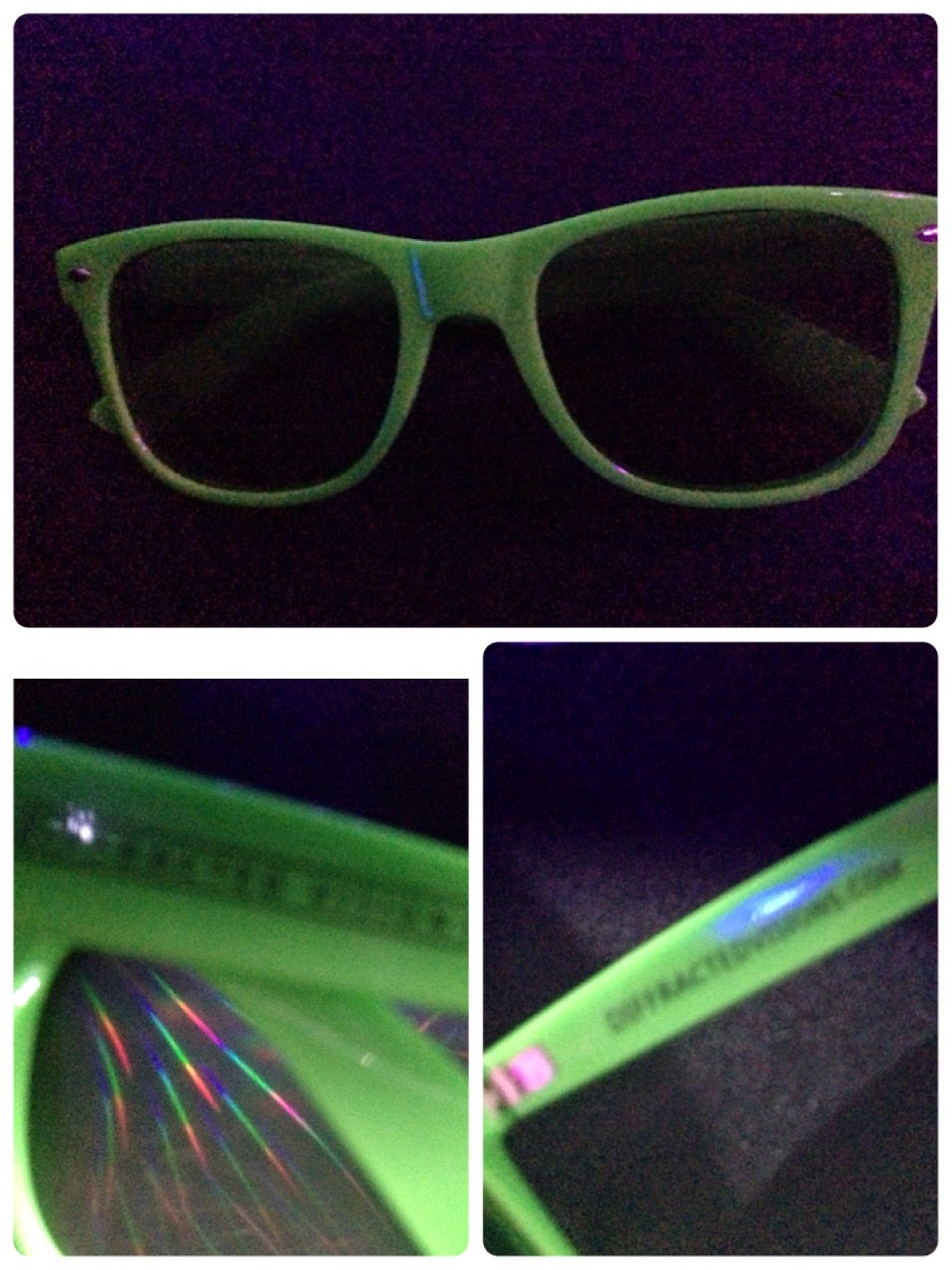 She threw a pair of funky distractify glasses into the audience and it happened to land next to me. Those with Standard tickets wanted it but alas, it fell into the VIP section 😛 So naturally, I picked it up! I later sold it to another person for a Vodka Orange. I could’ve probably milked it for more but I didn’t want to be so mean about it because it’s seriously not worth $10.

I left at about 12.10am although the event was slated to end at 3am. I missed out on the DJ duo TV Noise who played in Tomorrowland but my phone battery was dying and I felt really weird to be so ‘high’ all by myself without a crowd surrounding me. That was the thing about Play:Live – it was not crowded! In some ways I appreciated it but then, it was also strange. I was expecting to get hot and sweaty while being jostled around but on the contrary, I was happily bobbing my head while my bag and cocktails were on the cocktail table.

I’m not sure whether the organisers will want to have such a large venue next year but nevertheless, I am looking forward to the lineup of Play:Live 2015 Singapore!