Went to Jumbo Seafood Restaurant at their flagship restaurant at East Coast Park to celebrate the parents’ birthday early (thanks to my bro who’ll be overseas for a month). The last time I ever ate at Jumbo was at their Riverside Walk branch about 5 years ago. 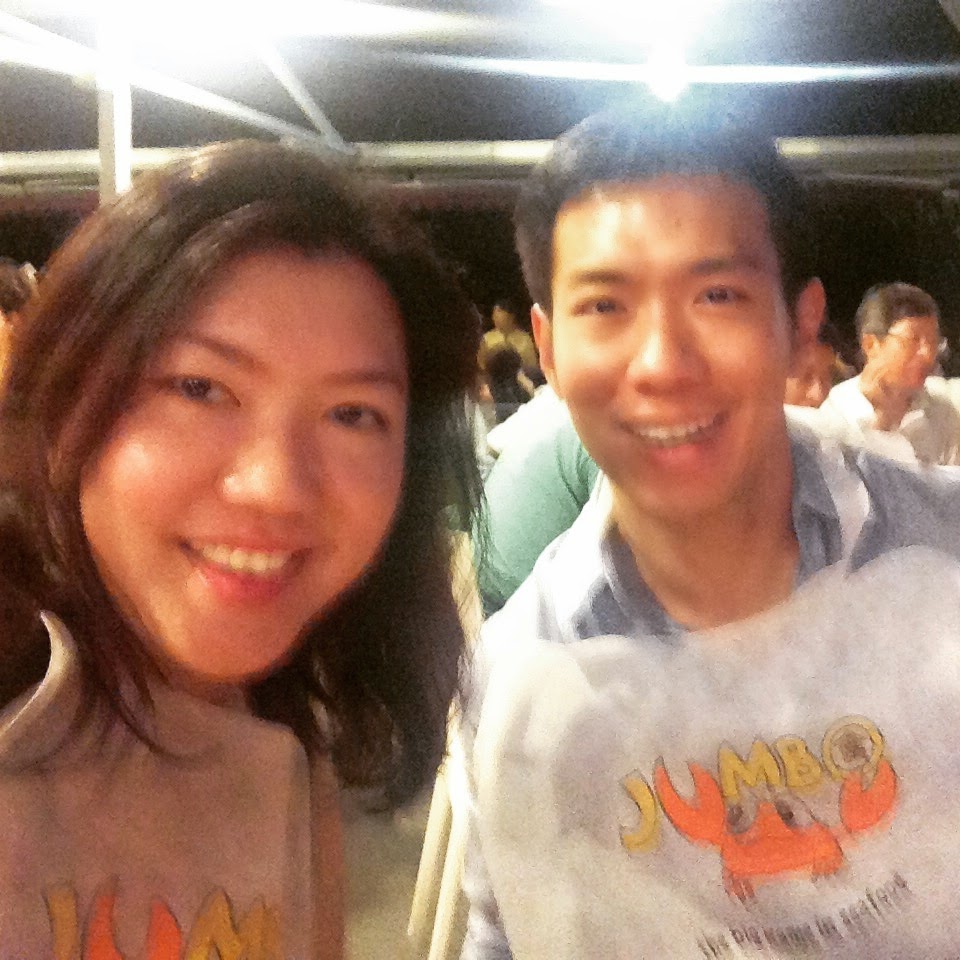 I am thoroughly amused by their bibs and it’s great because we all know how messy Chilli Crabs can be. They provide gloves too but hey…we’re Singaporeans…where’s the fun in eating crabs without the sauce all over your fingers and licking it off? 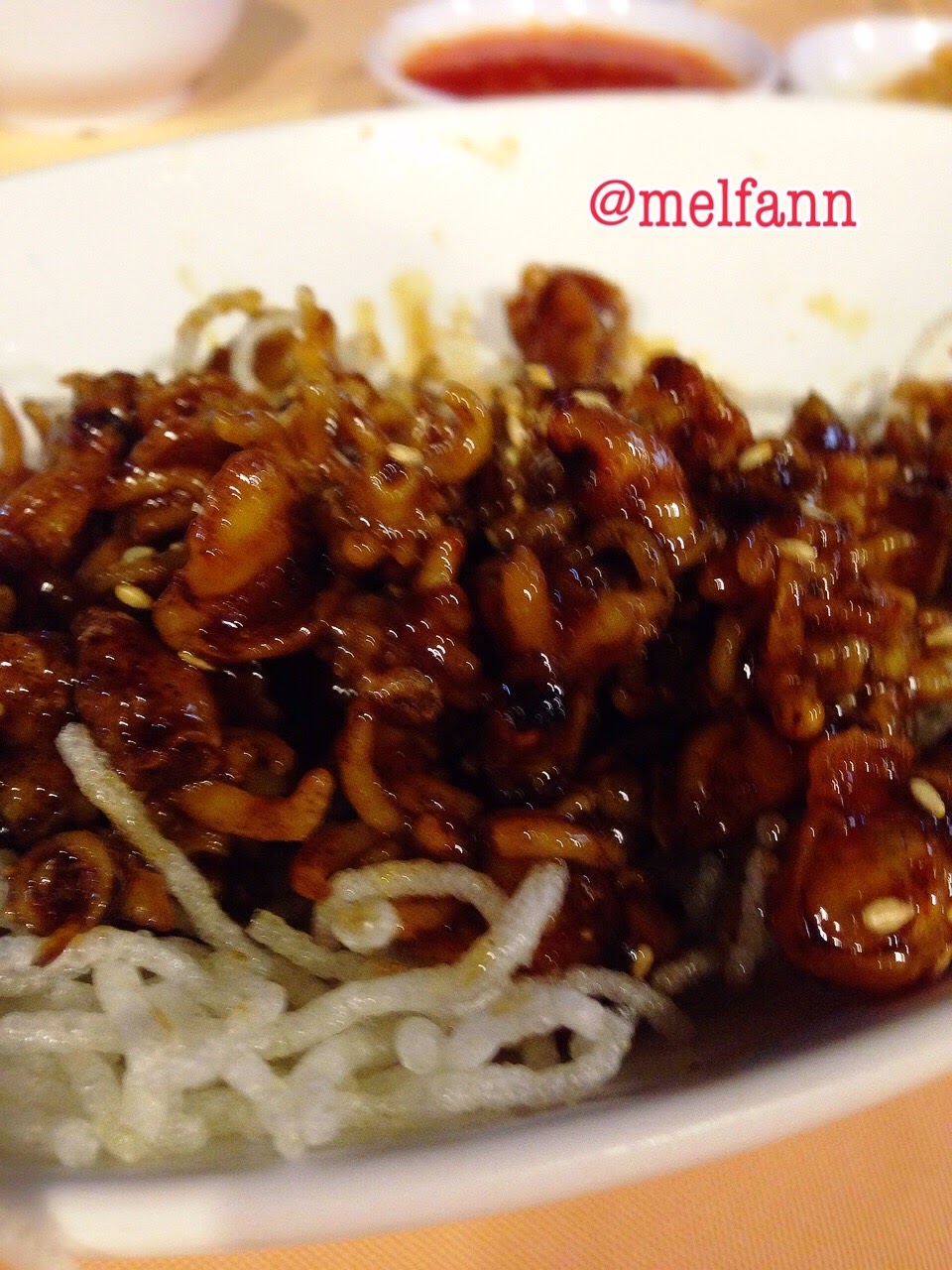 We ordered the Baby Squid which were fried and tossed with a sticky sweet and savoury sauce. I haven’t had this in ages and it brought back happy childhood food memories. 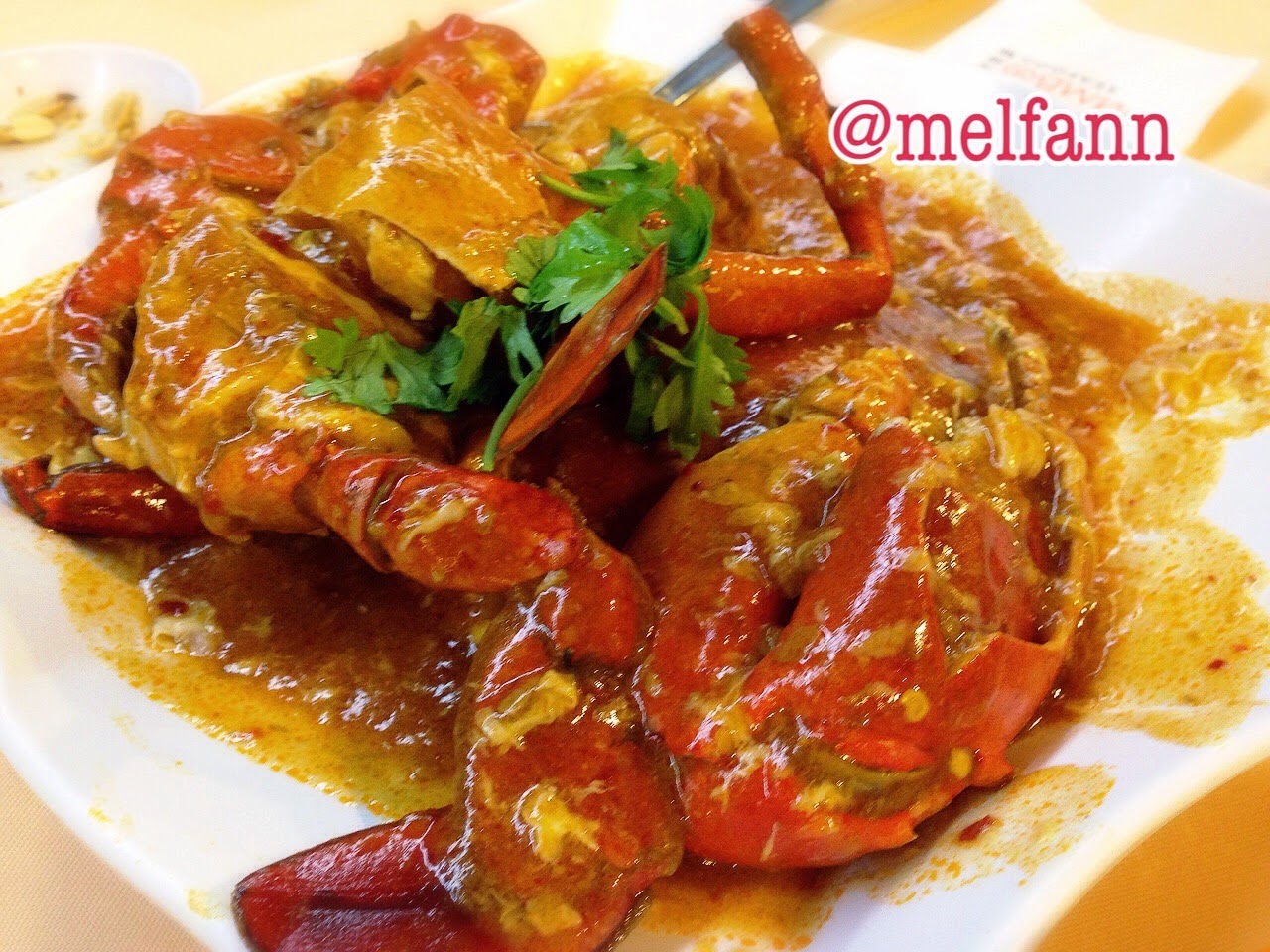 Above is the famous Singapore Chilli Crab, ‘invented’ by Punggol Seafood Restaurant but made further famous by Jumbo. Below is another famous fish by both seafood restaurants – Mee Goreng. It’s traditionally a Malay dish but in both Punggol and Jumbo, this dish has a slight Chinese Singaporean take on it and of course, they dressed it up with expensive seafood such as scallops, prawns and squid. 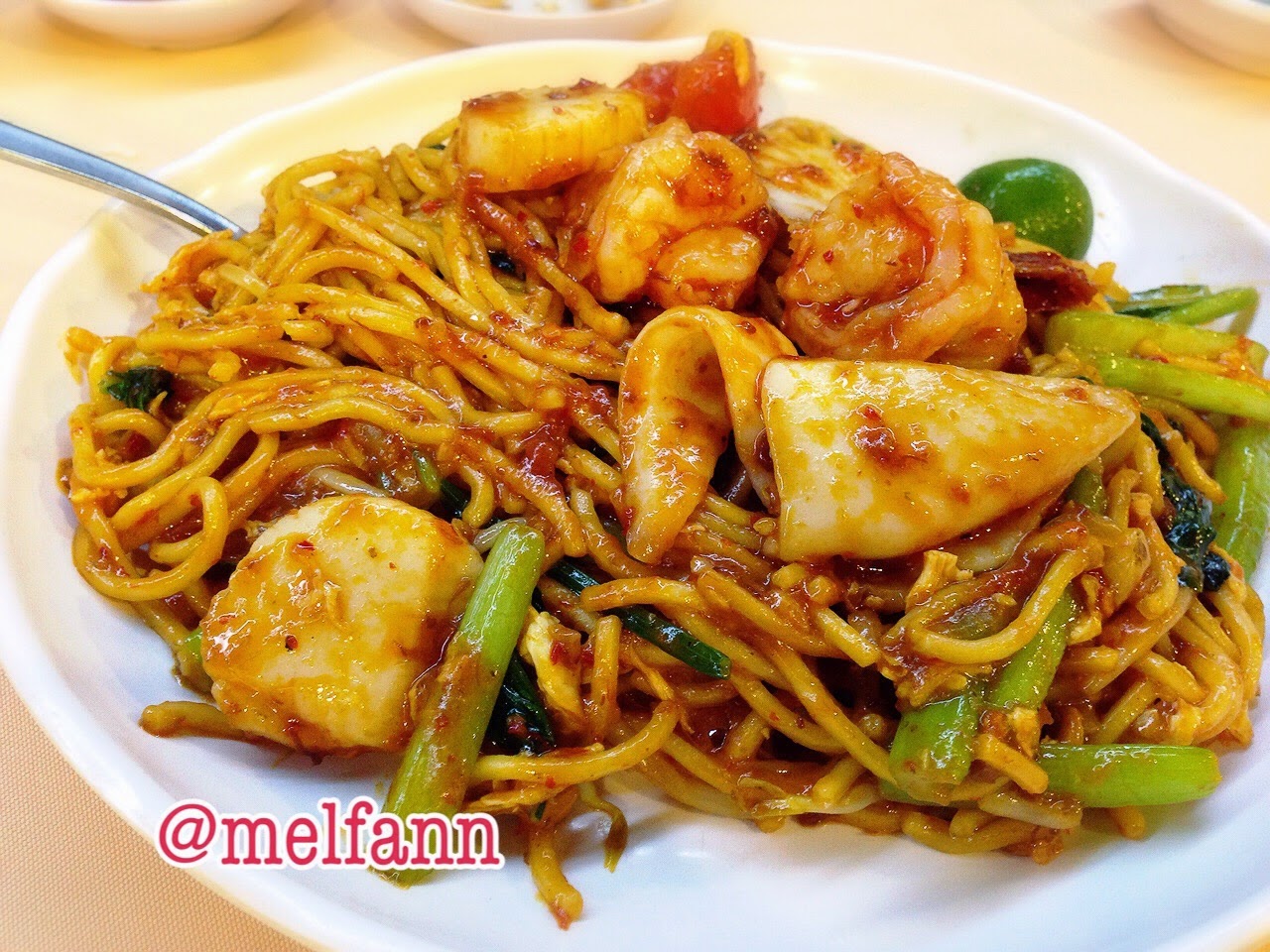 Firstly, the Chilli Crab sauce and the sauce used to fry the Mee Goreng tasted strangely similar. Hmm…I wouldn’t be surprised if they were really the same. Not that I’m complaining because it really does taste good. We did order a steamed crab, steamed fish and stir-fried vegetables but as my hands were too dirty from the Chilli Crabs…no photos taken.

However, when I tasted the Chilli Crab on its own, I was no longer surprised that Jumbo lost this dish to Gordon Ramsay during Singtel’s Hawker Heroes challenge in 2013. The sauce tasted different from the one that I had at the Riverside Walk branch. It lacked that wok-flavour that most Chinese chefs attain when they’re at that level. The punch from the chilli was lacking (although it was present in the Mee Goreng) and it tasted as if they replaced fresh ingredients such as lime/lemon juice for store bought UHT version or the tau cheo (fermented soy beans) that they used were not of the highest grade.

It’s still good…but not as great as it used to be. No wonder some ex-colleagues of mine prefer Long Beach/ Melben/ No Signboard/ Palm Beach for their Chilli Crab fix. Hmm…maybe it’s time for me to flex my cooking muscles and go Into Chef Mode and try cooking this dish at home!