Watching Singin’ In The Rain Live 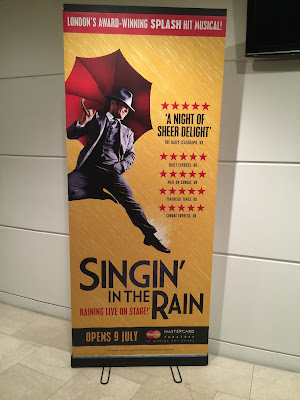 The bro asked whether we wanted to watch the latest musical in town “Singin’ In The Rain” and I said yes. So…off it became a family affair where we hoped to be splashed with fun! 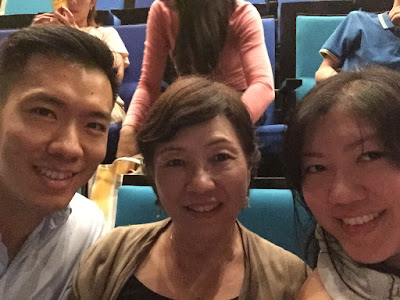 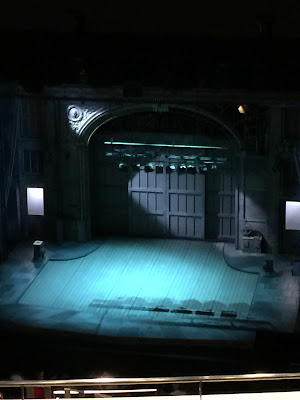 Couldn’t take any photos/videos of the performance so you’ll have to make do with the stage. I think it was quite a good use of the stage where the centre portion is where it ‘rained’ and then the parameter is the pavement.

I have not watched the 1952 film which starred Gene Kelly but I do know the famous songs “Good Morning” and “Singin’ In The Rain” which came out from the musical so I was really excited to watch some good dancing and singing. However, I think I’ve been spoilt. By Phantom and Les Miserablé.

Although I do know that the film was a musical, it was essentially still a movie and so when transported onto stage, certain elements that were mostly like done in the film (close-ups, “swirls’ to indicate imaginations etc) were kinda lost and as a result, most of us appreciated mainly the great acting, dancing in the rain and when the dancers were fooling around by splashing water at the front row audience members. All of us really laughed out loud at the hilarious and outstanding performance by the actor (I’ve been told that it’s rude to call proper female actors “actresses”) portraying Lamont.

What stuck out to me throughout the whole performance was how times have changed. I can imagine how this was considered good fun and a clean romantic movie in the 1950s and it was the start of the world’s obsession with celebrities and fame. Another thing that made me feel ancient was that I was sitting next to a little girl who was probably about 6 and she was there with her brother who was probably about 9. It was her questions that made me feel particularly old. When the light bulbs on the old cameras were flashing on stage with the distinctive sound, she asked her brother what they were doing and what were those sounds. Oh dear. Gone are the days were we heard flashes from the camera ending with a somewhat loud ‘bang’ and the flashes themselves aren’t as harsh as before. The sounds from our phones while we snap photos are somewhat silent too.

Which brings me to my next train of thoughts…was this musical less than appealing to me because it was hovering between modernity and imagined past (Phantom and Les Miserablé are the latter to me)? Or was it because of the flow of it? There were parts where I couldn’t get what that scene had to do with the whole storyline and it felt like just an excuse to put in a song and dance routine. Moreover, the movie had ended with the leads kissing in front of a movie poster entitled “Singin’ In The Rain” which was a cheeky way of telling the audience that they’re watching a movie within a movie but in this live performance, it merely ended with them kissing.

Nonetheless, this gnawing slight dis-satisfaction makes me want to watch the original movie and perhaps understand truly how this musical gained its legendary status.