Stop The Hard Selling…Upselling Or Any Selling!

Before my recent trip to Kuala Lumpur (KL) for Murfest, my friend declared to me that she “never cuts her hair in Singapore anymore because the hairdressers keep upselling treatments and stuff” while she’s having her hair done. “Plus it’s so expensive,” she added. She kept on reminding me that she was going to get her hair done when we were in KL.

I listened to her rant on with a quiet smile. I seldom get that sort of treatment at the hair salon because unlike her, I only cut my hair twice a year and I try to go to the same salon JUST to avoid such situations. Nonetheless, I have encountered hairdressers upselling and hard selling to me before so it’s not unfamiliar. I feel for her and what she goes through at each hair salon in Singapore is definitely not a unique issue.

Very often, the constant selling that we get when sitting in that barber/hairdressing chair is enough to scare us off. More so, we have to grit our teeth and grin while politely declining because our hair is at the mercy of the hairdresser! Now, we wouldn’t want an ‘accidental’ slip or rough handling, right? My friend is apparently so frustrated that she has to cut her hair in another country!

Anyway, off we went to KL and I decided to get my hair done too because my hair was in a mess and who wouldn’t want to take advantage of the wonderful exchange rate and cut on the cheap? We took our chance at the chain salon Number 76 at 2 friends’ recommendations.

When talking to the hairdresser about my hair cut, I immediately felt the difference between the service that I get in Singapore and Number 76 in KL (I shall refrain from generalising ALL Malaysian hair salons) because I was having a proper conversation with him about what styles and how best to cover my balding!

I admit, I did hold my breath when I mentioned my balding to the hairdresser as I prepared myself to be bombarded with the usual “oh you should do this treatment/ get this tonic for your scalp”. Surprisingly, I received none. The smile on my face started growing.

Throughout my hair cut, the conversation between hairdresser and I never faltered as we talked about how best to add volume to my style through layering, how to blow dry my hair properly, the fallacy known as conditioner (use oils before and after a blow dry, he said) and about perming to create illusion of volume.

He did use a tonic at the end and when he realised that I didn’t feel any tingling sensation, that’s when he said that my follicles are probably quite clogged and recommended their Carbon Dioxide scalp treatment that is supposed to increase blood circulation to the follicles and all that. However, because he said it as a solution to my problem, I didn’t feel like he was hard selling it to me. Moreover, he wasn’t insisting on me doing it immediately nor did he ask me to book another appointment for the treatment. Thus, I actually felt like learning more about the treatment and possibly do it one day!

Same went for my friend. Her hair was really frizzy from her previous dye job and she was going in for a perm. The hairdresser did immediately recommend a treatment to her but again, no hard selling. She was given a choice and there was proper advice given to her. It came as no surprise to me that my friend did make an appointment to do the treatment and a colouring session the next day!

Do you see the connection between NOT selling and ACTUALLY making sales? As I’ve learnt, it’s when you provide good customer service, quality products and hence, solutions to your clients’ problems, that’s when you’ll actually sell. I remember those days when I’ve done financial education seminars where clients came up to me after and opened accounts with me because they understood that I was talking about how to improve their investments rather than trying to make them open accounts with me (although I really was trying to make them do so).

So why doesn’t the beauty industry in Singapore follow this principle? 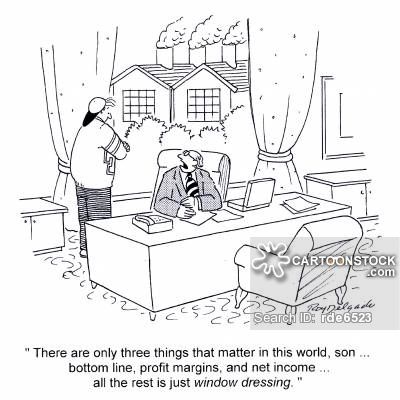 Simple reason – profits. Hairdressers are turned into sales people and they each have sales targets. In some ways, you can’t blame salon owners as the rent and salaries in Singapore are not cheap. However, it is a very short term gain over long term distribution. These salons’ inflow of customers may trickle as they get fewer repeat customers, their brand reputation may be affected as customers spread their hard selling tactics by word of mouth and worse, what could’ve been potential extra profits (from treatments or products) become null as the turned off customer tunes off. That is why when Pásshen reaches out to merchants, we often tie up only with those who agree to our principle of ‘no packages’ and ‘no hard selling’.

Customers know when you’re being honest and authentic. So stop the selling (mind you, I didn’t say not market your products/services) and sales will naturally come in!