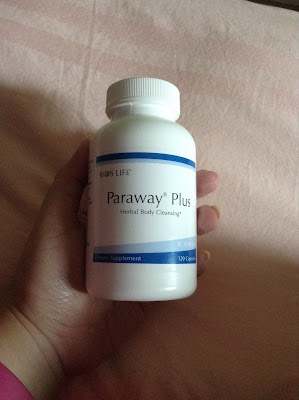 When I posted this photo on Instagram and Facebook a week ago stating that I was going to get rid of (unknown) parasites in my body, I was really surprised at the response I received. A lot of friends and family members started asking me questions about why I was doing this, whether the Paraway Plus was a laxative (no it’s not) as well as what this whole Herbal Body Cleansing is all about.

Let me start with the easy question: Why am I doing this?
Su Lee invited me to her talk on detox seminar where she showed a few videos about parasites and how all of us living in 1st world countries often think that we’re parasite-free but it may be a fallacy. I found the following videos by Dr Oz which I prefer over the ones that I watched during the seminar as Dr Oz comes from a more scientific but yet natural approach to dealing with medical issues.

Be warned that some of the images are quite disturbing.

As you can see, parasites are commonly found even in so-called ‘clean’ countries and if you eat raw foods or have pets, your chances of getting parasites are increased. In addition, after Su Lee’s bit, a few of the audience members started sharing their testimonial stories about going on this 30-day detox programme where they found either moving worms or the eggs in their stool! Su Lee herself told me months before this talk that she had gone on the cleanse and found 1 moving worm in her stool.

If you were me, wouldn’t you get paranoid too and want to go on a parasite cleanse? Those who know me also know that I love my sashimi and sushi, not to mention that I’m eating a lot more salads nowadays. Yes, there are alternatives like eating garlic or papaya seeds mixed with honey but I decided that for my first cleanse, let’s do this in a slightly more ‘instant’ method of just popping pills. 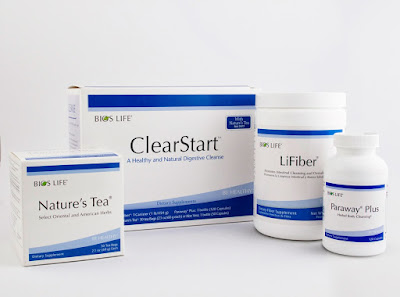 Paraway Plus is actually part of a 30-day Detox Programme called “ClearStart” but I chose to only take the parasite cleansing one because I don’t really believe in detoxing (that’ll be explained in another article).

What I like about Paraway Plus is that it’s made up of herbs such as Garlic, Peppermint, Chamomile and loads more. Because of the herbal properties, it does not kill the parasites but stuns them so that they release their jaws from your guts where you naturally pass them out through your bowels. If you’re having constipation, you might want to do ClearStart instead because it will go hand-in-hand to resolve your bowel issues.

Instructions state that I have to take 2 capsules a day for 10 days before popping 5 capsules for the next 20 days. It has been 7 days and I think I’ve undergone what is known as a ‘healing crisis’. What’s a healing crisis? When you’re suddenly getting rid of parasites or other toxins from your body, or when bacteria dies within your body, these parasites/toxins/bacteria start releasing  endotoxins into your blood for filtering and natural detoxification by releasing through your urine or stool. However, by going on a plan to really eliminate these parasites and bacteria, it is suddenly a lot of waste for my body’s lymph nodes to cope.

What happened next? I fell ill with a fever last Sunday and started having a sore throat. On Monday onwards, my sore throat got so bad that when I looked into the mirror, I didn’t need a torchlight to see how my throat was so swollen that the entrance of my oesophagus was half its usual size. I took paracetamol which helped the fever but it came back with a vengeance on Tuesday evening, which was when I went to see the doctor for antibiotics and anti-inflammatory meds.

Besides the flu, I noticed yesterday that my skin was also started to itch and have bumps. Apparently, this is quite normal and some people experience breakouts too. I was talking to Amanda Koh, a yoga instructor, and she said that one of her friends had all his lymph nodes swollen and breaking out into pimples while he was detoxing. Whoa…I really hope that THAT doesn’t happen to me when I start onto the 5 capsules a day regime.

Trips to the loo have proven to be quite interesting. I’ve always been looking out at my stool to observe its size (mainly because my mum had colon polyps so I’m genetically susceptible to it), colour and whether it floats or sink (float = ate too much fats; sink = been eating good). But after going on Paraway Plus, I do scrutinise my stool a little longer for signs of parasites or eggs. I did see some whitish seed-like things which make me then try to think whether I have been eating nuts/seeds.  I’m sorta happy to say that it’s currently inconclusive because I do recall eating some seeds on those days but there were days where I really do not recall eating anything resembling seeds.

Su Lee told me that from experience, I’ll probably not see anything for another week or so. This was further confirmed by Amanda who told me that natural detox (eg. juice fast) would normally show signs in the 5th week or so. Hmm. I’ll keep you guys updated on a weekly basis.

Little Acts Multiplied by Millions Build a City of Good