My colleagues and bosses have been recommending me to go to Bee Choo Herbal Hair Treatment to treat my hair loss and white hair situation. Yes, my balding has gotten quite bad and it’s a lot more obvious nowadays so it’s imperative that I do something about it.

I’m currently using Aveda’s Thinning Hair Tonic everyday as well as Phyto shampoos. I must say that these 2 products are probably helping me curb the hair loss but they’re not helping with the growth of new hair. I’ve seen a dermatologist about my hair loss before and he said that Minoxidil is the only clinically proven chemical to prevent hair loss AND to grow new hair. One of the ‘famous’ brands with minoxidil will have to be ‘Rogaine’. Tried that. It’s horribly expensive and it makes my scalp itch thanks to the alcohol inside the tonic.

Anyway, off I went to Bee Choo with my friend. We went to the branch located at Clementi because that’s the nearest branch to both of our homes. It was about a 5 minute walk away from the Clementi MRT station, so it’s really quite convenient. They only have 1 herbal treatment and it’s for any of the problems below: 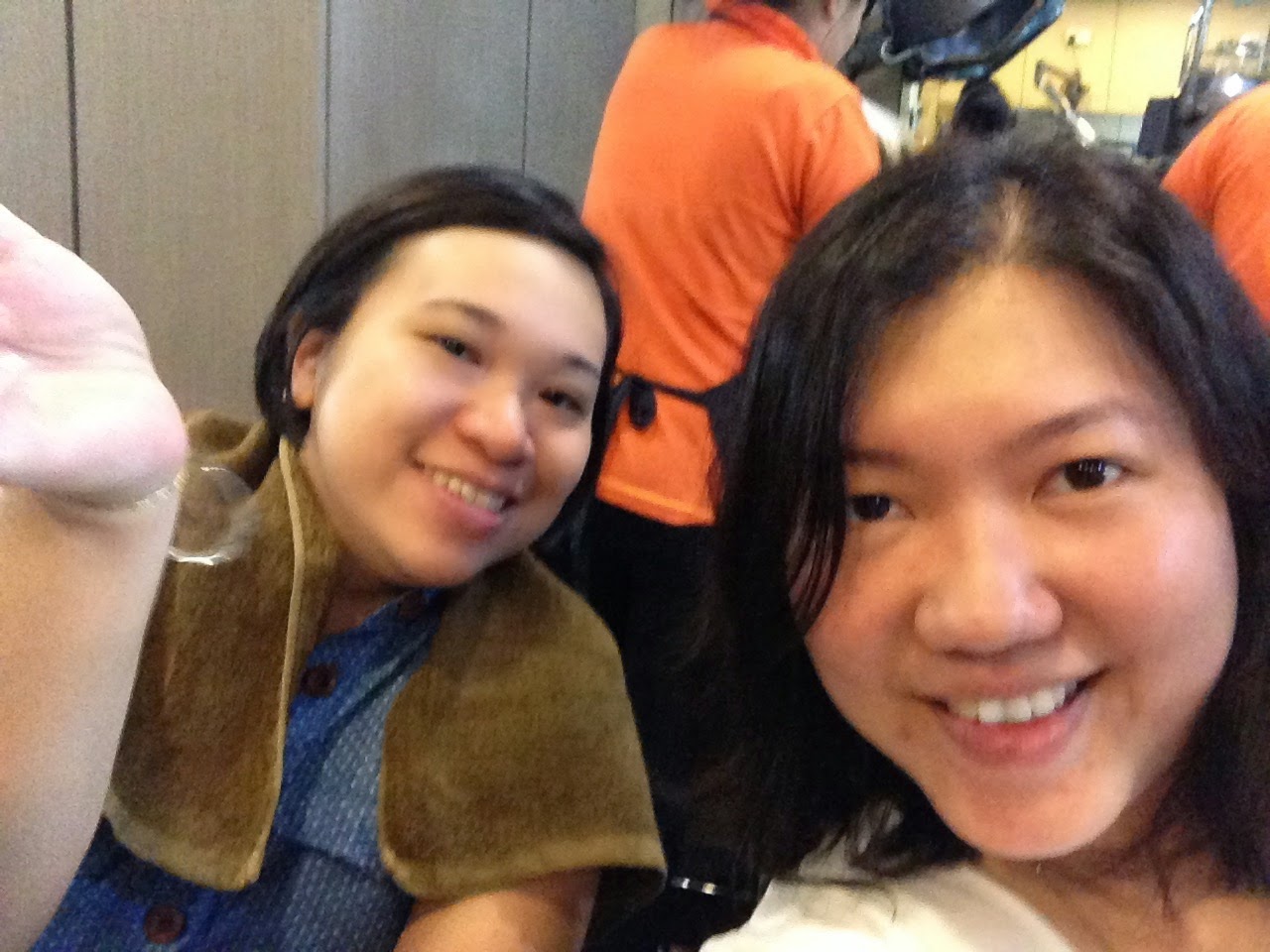 Here’s us just before our treatment. We arrived there at about 2.45pm and it was PACKED. The average age of everyone there was about 45. Us and a young girl brought the average mean down, I suppose.

Ignore the infographic of their prices on their website because, I was charged S$46 and the rationale is that because the back of my hair touched my shoulders. As for my friend, she paid S$38 and they told her that the S$34 price is only if the back of her hair was as short, if not shorter, than her ears. Ok…I’m not going to argue with them but I seriously felt that the picture above is highly misleading. 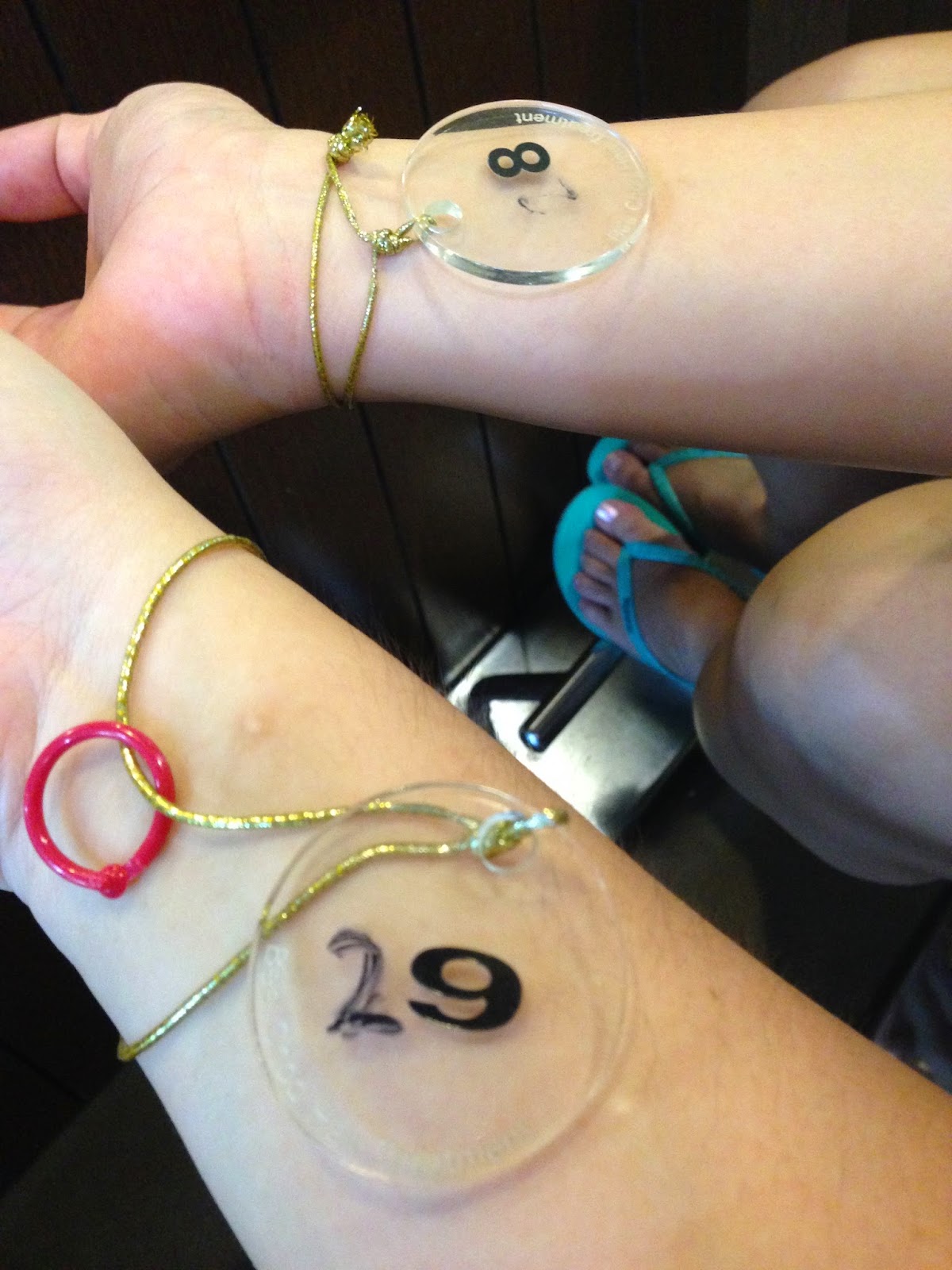 They work a little like a conveyor belt system where you’re given a number tag after you pay at the counter and you move along the line according to your number. First, you’re seated in front where they’ll spray your scalp with essence of shou wu, which is herb that is well known to promote the pigmentation of hair (even skin, to a certain extent). Then, they also dab a bit of olive oil to the ends of your hair to moisturise it. 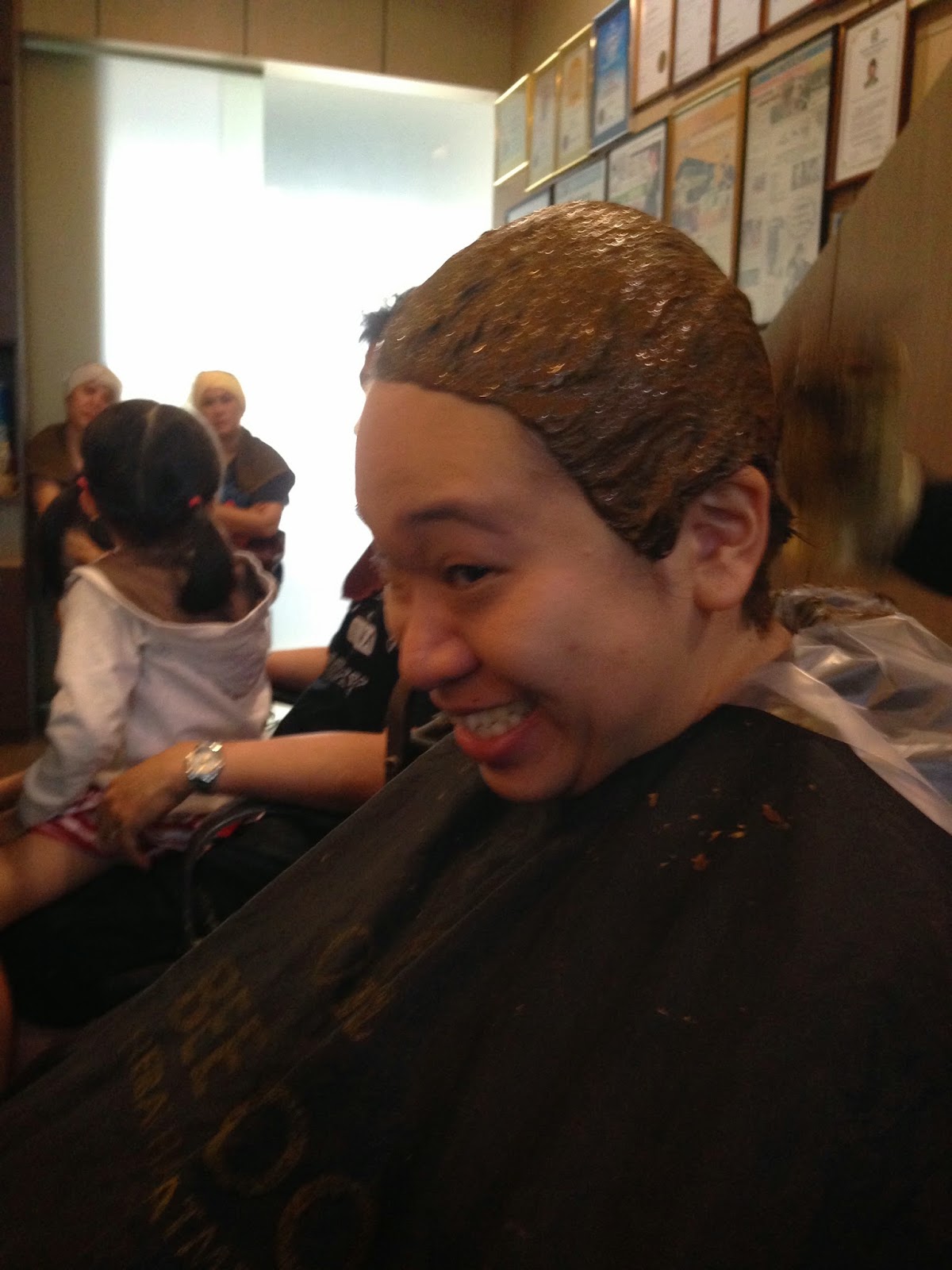 They separate your hair and slap on A LOT of herbal paste. The smell really reminds me of henna but they insist that there is NO henna used in their paste. During this process, one of them tried to up-sell the ampoule and tonic to us but to no avail.

After your head is covered in the paste, it is wrapped with a plastic sheet (friend said that she felt like she was zi char because they used the same type of plastic) and secured with a headband before you move off to station 2 to be steamed for 45 minutes. 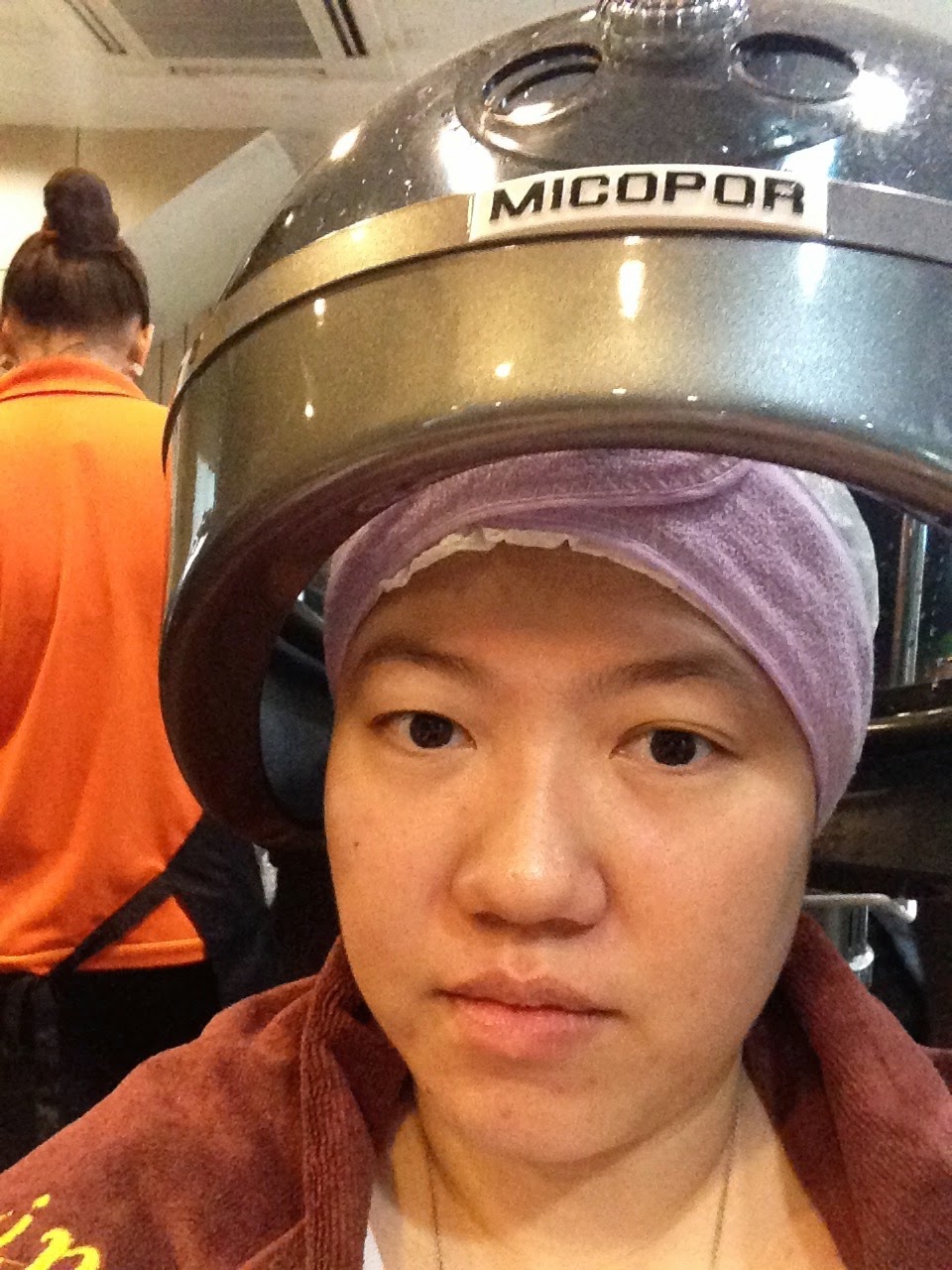 45 minutes is a very long time but they do have tons of magazines and you can always rely on your smart phones to twiddle the time away. It is quite a nice lull on a Sunday afternoon and if you’re tired enough, you may end up falling asleep in your chair.

After the 45 minutes are up, they’ll take the steamer away from your head and allow it to cool for another 30 minutes. If there are people waiting to be steamed, they’ll move you along to sit near the shampoo sinks.

No brainer for what the following station entails: washing off the herbal paste. They shampoo your hair twice and then go on to tell you about how you’re not supposed to shampoo your hair again until at least 5 hours are up and how you must not use a white towel because it may get stained by your hair. They also tell us that the white hair will turn red while the black hair will still look black.

After shampooing, you’re then asked to walk over to the blow dry station where my attendant successfully up-sold me a bottle of hair ampoule (S$8) which is targeted specifically for hair loss but she unsuccessfully tried to sell me their hair tonic (S$30) and shampoo (S$18). The ampoule gave a nice tingling minty feeling when she poured it onto my scalp and proceeded to massage. She told me that another customer had the exact same baldness level as I do and she managed to see results after going for their treatments every week, for the past 4 months and used the ampoule every session. *Gasp* That’s at least 16 sessions with an estimated cost of S$58! Hmm…I’m not sure whether I’m ready to part with that kind of money.

Overall, my hair smells like it did when I had hennaed it but less strong. The whole session felt like a very long dragged out blow out except that your hair isn’t styled. The attendants are generally friendly but they’re no-nonsense and the only conversation you’ll have with them is mainly them up-selling products while you question them further about them.

Would I go back? I wouldn’t mind because it did really help cover my grey hair to red/bronze so it looks like I highlighted my hair without me really doing so. I always think herbal treatments are a lot more gentle on the scalp and my hair does feel a lot softer after the session. My scalp was not oily on the day of the treatment but it was today. Only time will tell whether I will grow more hair after a few more sessions.

They do have quite a few branches so do go to their website to find the nearest one near you!

Updates:
Week 2
Week 3
1 month and review on their Hair Tonic